What Is Happening To The LARI - Fady Asly 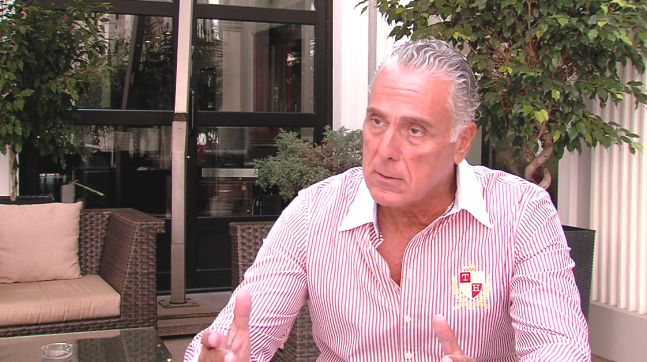 During those 6 and a half years the Lari has lost about 43% of its value at the average rate of about 6.6%/year.

Since the Lari is a free floating currency and is freely traded, it is subjected to the law of supply and demand; if there is not enough supply of foreign currency in the banking system and there is a big demand for it, the Lari will devaluate.

We have three main sources of foreign currency:

We don’t have much leverage over foreign remittances that have been more or less stable over the years revolving in the vicinity of one billion USD annually.

Yearly revenues from tourism are increasing regularly and were estimated to be around 3.3 billion USD in 2018

The real problem the country is facing is with foreign investments that went down to about 1.1 billion USD in 2018; this is more or less the same level of FDI of 2006.

The dramatic drop is due to the fact that the BP pipe line project is closing down, and unfortunately the government was unable to attract other significant foreign investments over the years due to their unfriendly policies towards foreign investors and their very poor governance.

If we had anything between 2.5 to 3 billion USD of yearly FDI the Lari exchange rate would have been very stable and not affected by any kind of internal or external factors.

The proof is with what happened in 2008 and 2009; we all remember that during those 2 years, Georgia had to deal with the consequences of continuous street protests and internal political instability, a war with Russia, and a global financial crisis that decimated foreign investments globally.

Despite all those accute challenges, the Lari remained stable for 2 reasons:

A- We still had reserves of foreign currency in the banking system resulting from FDI coming from the large scale privatizations of 2006, 2007 and the first half of 2008.

B- The international community donated to Georgia 3 billion Dollars to compensate for the damages that resulted from the August War.

Based on the above and in my personal opinion, unless we have a significant flow of foreign currency into the country coming either from fresh FDI (very unlikely) or from lenders and donors, the lari will continue to depreciate at the same rate of 6.6% annually if not more substantially, because of the nebulosity of the upcoming political period and the 2020 October elections.

It is also my personal opinion that the National Bank of Georgia should intervene and sell from its foreign exchange reserves ONLY in case of risk of sharp decline of the Lari due to psychological factors, this is what the Bank should have done discreetly in July before the huge panic was created.
Nevertheless and considering that the weakness of our currency is not punctual but rather organic, therefore trying to keep the rate of the Lari artificially at a certain level by permanent intervention from the National Bank will have 2 consequences:

a- Deplete the National Bank from its foreign currency reserves

b- Create a pendulum effect whereby the Lari will bounce back dramatically once the National Bank will be unable to subsidize it anymore.

In conclusion the only solution to stabilize the Lari in the long term is to insure a steady flow of foreign currency in the country via FDI and this requires a government with a different vision and a different philosophy.

The above analysis represents my personal opinion regarding the issue.