What issues did Giorgi Gakharia and WHO Regional Director for Europe have considered? 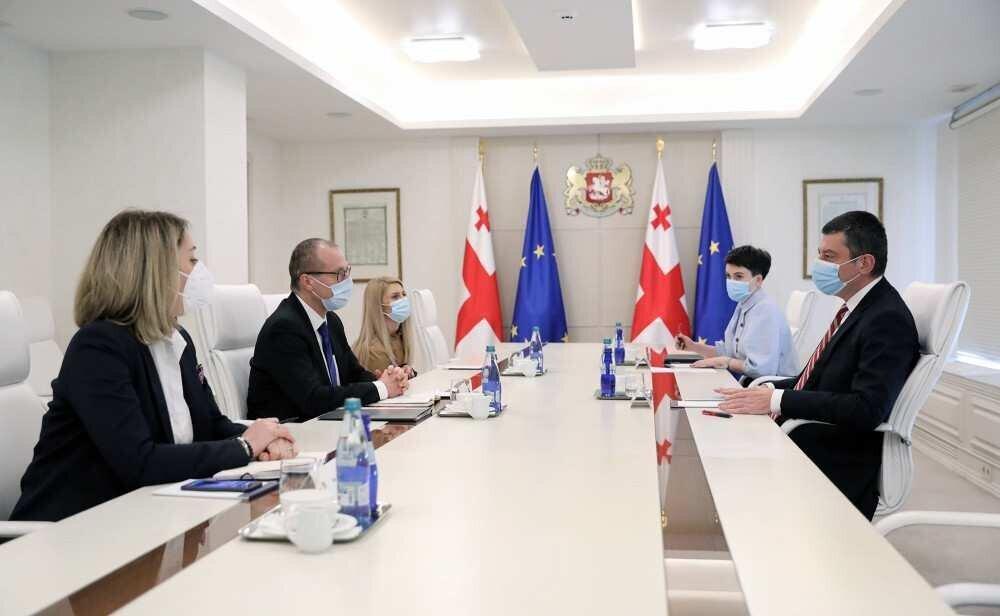 COVID Response of the Georgian authorities and specifically government led by the Prime Minister is truly commendable. It was stated by Dr. Hans Kluge, Regional Director of the World Health Organization (WHO) for Europe after his meeting with Giorgi Gakharia, Prime Minister of Georgia today.

Dr. Hans Kluge gave a high assessment to steps taken in the fight with COVID-19 during the meeting held at the Government Administration. He thereby stressed the most significant role of clinical hotels and online clinics. Special focus was made on the strategic importance of the Lugar Lab both at the local and international levels.

Discussions were related to the uninterrupted flow of actions targeted at the national vaccination process. It was mentioned that a designated Task Force is created with the instruction of the Prime Minister of Georgia, which is actively working on the timely supply of the vials and on the arrangement of infrastructure and logistics of immunization. It was once again stressed that apart from the COVAX platform, negotiations are actively pursued with international partners and pharmaceutical companies with the engagement of the Ministry of Foreign Affairs of Georgia and overseas diplomatic missions of the country. Dr. Kluge pledged his support to Giorgi Gakharia towards this end.

Also, Head of the Government of Georgia and WHO Regional Director for Europe spoke about the current situation in the hospital sector, along with the role and performance of the primary healthcare. Focus was made on the significance of intensive testing program, which has been implemented by the Government of Georgia since early December within its 2-Month-Long Plan.

The Head of Government of Georgia expressed his gratitude to the WHO Regional Director for Europe for his visit to the country and stressed the successful cooperation between Georgia and WHO over years. Prime Minister noted that country highly values the recommendations issued by the WHO not only within the scope of COVID management, but for the implementation of the future reform agenda.

Also, Prime Minister of Georgia once again stressed the importance of the fact that WHO representatives have visited the occupied region of Abkhazia twice this year with a special mission to assess the current situation and to issue respective recommendations.

Meeting engaged the following officials from the WHO: Dr. Nino Berdzuli, Director of the WHO Division for Country Health Programs; Natalya Dimova-Chertoianova, Project Management Officer of the WHO Support Unit; Silviu Domente, Head of WHO Country Office in Georgia along with Salome Gagua, Chief of Staff from the Office of the Prime Minister of Georgia.

Government of Georgia Giorgi Gakharia WHO Regional Director for Europe