What Scheme Did The City Hall Offer To The Companies To Complete Unfinished Facilities of Center Point? 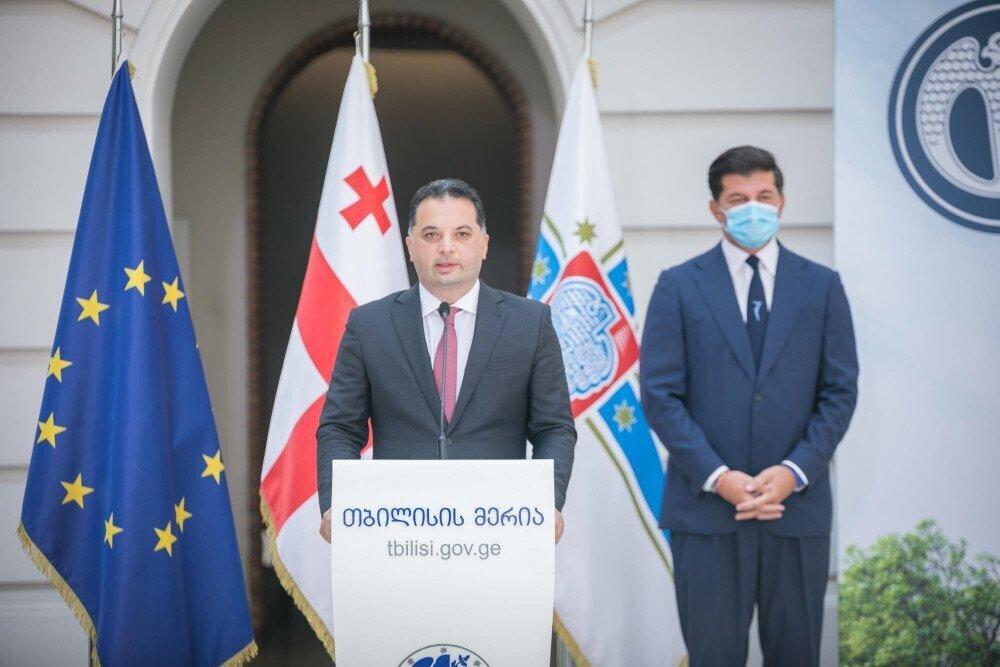 A memorandum was signed between the Tbilisi City Hall and the companies, which provides to make investments and complete the unfinished constructions of Center Point. "I want to announce with joy and pride that the problem of the construction company Center Point is solved," said Kakha Kaladze. The mayor claims that solutions have been found for all the facilities and the Tbilisi government guarantees that the houses will be delivered to the families on time.

Bm.ge got interested in how the City Hall could interest the companies and if the financial resources of city hall would be spent.

Deputy Mayor of Tbilisi Ilia Eloshvili declares that Tbilisi City Hall allowed construction companies to increase the K2 coefficient on the facilities where it was possible to do so, and they paid a certain amount in return. As a result, the financial resources mobilized in this way were transferred to a fund created specifically to solve this problem.

Ilia Eloshvili explains, the City Hall will use these funds for unfinished facilities, where only repair works are left, as it has been impossible to increase K2 coefficient.

“2/3 of the Center Point buildings are in renovation or semi-finished condition. Consequently, it was impossible to talk about adding any spaces there, so we decided the City Hall to carry out the repair work and give the final look to these facilities. We did not want the funds to be allocated from the budget, so we sold K2 coefficients of those facilities where it would be possible to add, and the funds received from this entirely went to a special fund.

9 million GEL has been already spent from this special account, 15 million GEL is mobilized and there is another Center Point facility, which is purchased by Adjara Group and they will gradually contribute 18 million GEL. In total, we think that 40-45 million GEL will be mobilized. It should be financed from these two sources, K2 and the Adjara Group," Ilia Eloshvili explained.

According to the Deputy Mayor of Tbilisi, "it is a very serious financial package, which will expect from VAT, in order to get very good urban projects."

How Many Citizens Were Vaccinated On October 14?