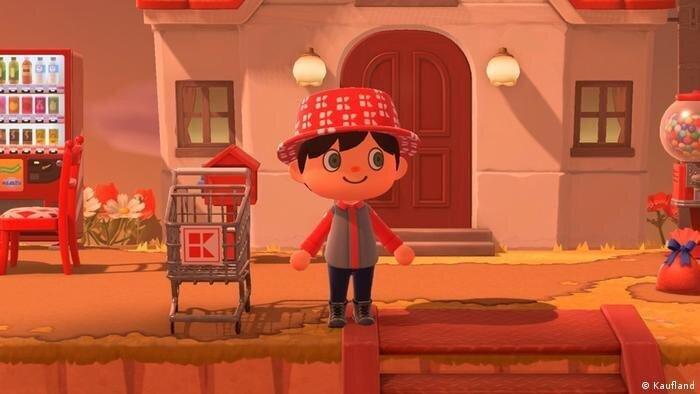 The numbers were all too real for a company betting on the power of imagination.

The newly rebranded "metaverse first" company has been spending heavily on its metaverse ambitions as Facebook's user growth has slowed and its core advertising business has taken a hit.

As the latest figures show, shifting gears will be risky and expensive, and CEO Mark Zuckerberg has said his vision of the metaverse is still at least a decade away from reality. But that hasn't stopped retailers from experimenting with a concept that some say will be the next generation of the internet — and just as lucrative.

Loosely defined, the metaverse refers to the idea of virtual, interconnected worlds underpinned by virtual reality and blockchain technologies, where people can meet for work and play. Many of the concepts behind this idea have existed for years in the gaming realm, including the idea that people will spend money on digital goods.

"There is vast empirical evidence from gaming, where people spend tons of money for all these not functional, but just aesthetic, add-ons," Thorsten Hennig-Thurau, professor of marketing and media at Münster University and academic director of the XRLab@MCM, which focuses on metaverse research, told DW. "These are layers that you put on your avatar, customized to match your personality. That's relevant, and I think, for brands, that's good."

Brands seem to agree. In one form or another, retailers including Walmart, Ralph Lauren, Nike, Adidas and more have already hopped on the metaverse bandwagon.

"The metaverse is currently one of the most exciting developments in the digital sector and offers interesting platforms for Adidas," Stefan Pursche, press officer at Adidas, told DW in an email. "Our goal is to make our brand visible there and to get in touch with our consumers."

"We reach our respective target groups best where they already are," Kaufland spokeswoman Annegret Adam told DW. "More and more people are moving into virtual worlds, with the gaming world receiving a lot of attention, especially from the generation born around the turn of the millennium."

Kaufland has approached the metaverse from a marketing and exposure angle, using Animal Crossing as a way to engage with younger consumers.

"[We thought] it would be a great way to show people Kaufland's sustainability strategy while gamers are playing," Helge Ruff, CEO of OneTwoSocial, the digital marketing agency that developed the idea, told DW. "So we built a Kaufland supermarket on an Animal Crossing Island called KaufIsland with lots of things to explore."

Meanwhile, some retailers are already selling goods within the metaverse. In December, Adidas sold out 30,000 nonfungible tokens (NFTs) of "virtual wearables" for avatars used in the blockchain-based gaming world The Sandbox. Customers also received a matching hoodie, tracksuit and beanie to wear themselves in the real world.

"That makes sense from a branding perspective, from an identity perspective," he said. "Because I want to match with the avatar, the person I am in the metaverse. When we meet in the metaverse, I want you to recognize me, to find me attractive in the same way you do in the physical world."

A new type of shopping mall

There is also a lot of interest in recreating within the metaverse the physical experience of shopping in a store. In January, rumors emerged that Swedish fashion giant H&M would be opening a location in the metaverse. The company denied the report, but the excitement it ignited on social media will have caught retailers' attention.

Pulling this off would not be without hurdles. An immersive shopping experience will require customers to use a VR headset, an expensive piece of technology that most people don't own yet. Images also still aren't photorealistic enough, said Hennig-Thurau, and forget about trying on items like you would in a real store. In this way, it would not be unlike online shopping as we currently know it, except that in the metaverse, your friends could put on their own headsets and join you.

"It's going to be a social experience, like shopping with a friend," said Hennig-Thurau. "That's something that I believe has the biggest value for many consumers."

The trick for retailers will be understanding if and how the metaverse can provide added value to customers.

A digital land grab is already playing out in The Sandbox, Decentraland and a few other three-dimensional virtual worlds that investors are betting will play a major role in the future of the metaverse. Virtual real estate sales on these platforms reached over half a billion dollars in 2021, according to data firm Metametric Solutions. French supermarket giant Carrefour announced this week that it had bought land in The Sandbox.

In contrast to beloved metaverse-style video games such as Animal Crossing or Roblox, with their clear branding and target demographics, these other platforms are meant to pull in investors looking to build and monetize projects of their own.

"The questions [investors] should ask themselves is: Will there ever be people there? Will there ever be demand? Or will the people go elsewhere?" Hennig-Thurau said. "Maybe they should consider going where the people are. ... When we talk about bubbles in the history of the internet, they always happen when companies convince investors that their world will be the next big thing, but they never convince the consumers."