What’s up with the GEL? – Bruno Balvanera reacts to Fady Asly’s Interview in The Checkpoints 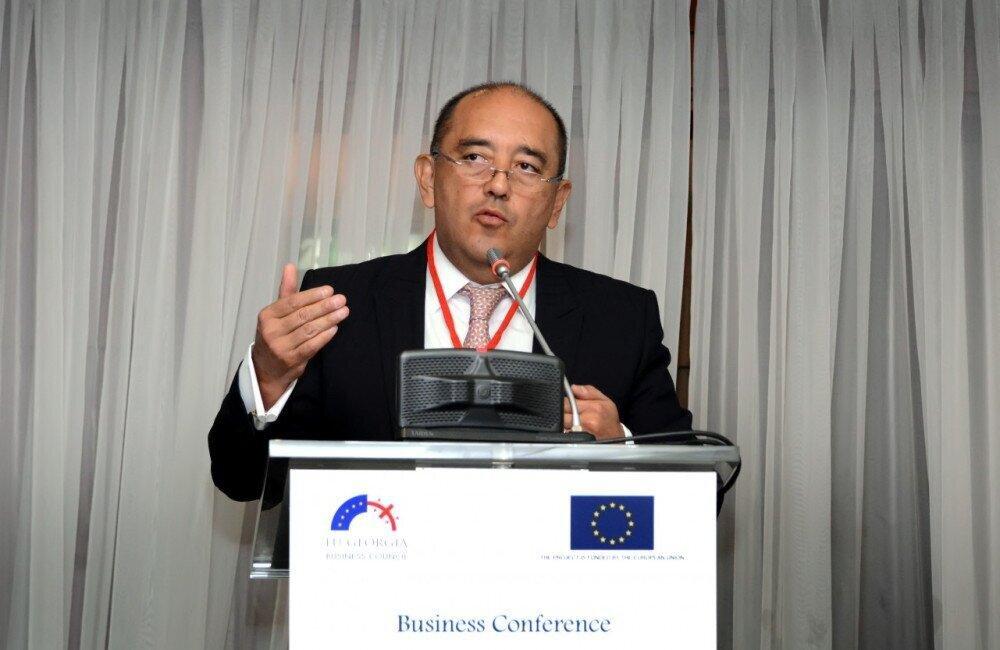 Back
It does not make sense that the GEL appreciates so strongly, and there is a risk of reverse movement – Bruno Balvanera, advisory in EE, Caucasus, CIS and CA commented on Fady Asly’s Facebook-post where he shared his interview with The Checkpoints.
In the exclusive interview with Elene Kvanchilashvili, Fady Asly maintained that even simple arithmetic shows that there is no explanation why the GEL should strengthen so dramatically.
In his analysis, Fady Asly compared the main figures of Georgia’s economy for 2021 to 2019, the last normal year before the pandemic.
“In 2019 the GEL was devaluing. That was the trend. At that time the economy was much stronger than it is now, or was in 2021. If you look at the figures of 2021, you see that from tourism we are missing around 2 billion dollars compared to 2019. Foreign Investment is totally inexistent. Exports have increased, but imports have increased even more. In addition to that we have chronic political instability. There is an external political instability. It doesn’t make sense to me from the macroeconomic angle how the GEL can strengthen to that extent” – Fady Asly said.
While asked why globally strengthened USD trend and increased remittances to Georgia are not a sufficient argument to him, Fady Asly explained that the inflow of remittances is not enough to justify the current appreciation of the GEL.
According to Fady Asly, the CEO of ICC – the largest foreign investor community in Georgia - there are two main reasons for the increased remittances inflow: more people leave Georgia because of poverty and due to financial struggles, people have to send more money to Georgia.
“Because of the hardship, due to the pandemic, Georgians abroad are sending more money. In addition to that, more Georgians have left Georgia in the past two years, so they are sending back more. Now remittances have increased by roughly 1 billion compared to 2019. These 1 billion dollars do not justify the strengthening of the GEL since the 15th of November at this speed” – Fady Asly said.
As of today, the GEL has appreciated by 6.3% against USD and 6.7% against EUR, since 15th of November.
Fady Asly fears that the current “gymnastics with the GEL” can backfire. “There is something called the pendulum effect – CEO of ICC said - In old clocks you have a pendulum of the clock that goes left and right. When you take the pendulum and you hold it artificially to one extreme and then you release it, it doesn’t stop in the middle, it goes to the other extreme. I believe that the GEL will devalue very quickly at one stage. People now want to keep their money in the GEL because they think that it is strengthening, but this is a very dangerous game”.
According to Fady Asly, the National Bank of Georgia knows the reasons behind the GEL appreciation “but they are not telling enough”.
“To make it simple, there are a lot of dollars entering the economy, but we don’t see them. This means that probably the banks are selling lots of dollars and buying lots of Laris. This can be one reason. Why the banks are doing this – I don’t know” – CEO of ICC told The Checkpoints, adding that there is one factor of the GEL strengthening that is positive for the government: “The ratio of debt to GDP decreases. Now if the government has a goal to borrow more money because the ratio went down, now is the perfect time for that”.
In his exclusive interview with The Checkpoints Fady Asly highlighted that current appreciation of the GEL, challenges and even contradicts the usual mainstream narrative of some experts and the Georgia’s government itself. “If you remember, for the past 8 years, every time the GEL devalued the government said yes, because our main trading partners’ currencies are devaluing, that’s why we are devaluing. Well – Fady Asly says - today the Turkish Lira is devaluing, and the Ruble is devaluing – why is the GEL strengthening? I am following their own logic, if I have to. There’s something that doesn’t make sense in all this”.
In his comment to Fady Asly, advisory in EE, Caucasus, CIS and CA Bruno Balvanera wrote that the argument that USD is weakening does not stand.
“USD remains in line with long term trends vs EUR, GBP, JPY. And for Georgia as you rightly pointed out, key currencies are Turkish Lira and Russia Ruble (sources of remittances and exports) and both are devaluing vs USD” – Bruno Balvanera noted.
BM.GE will soon present to you an exclusive interview with Bruno Balvanera, advisory in EE, Caucasus, CIS and CA. Among many other topics, he will explain why it is a good time to take a loan in GEL.
EBRD Fady Asly georgian economy GEL Bruno Balvanera