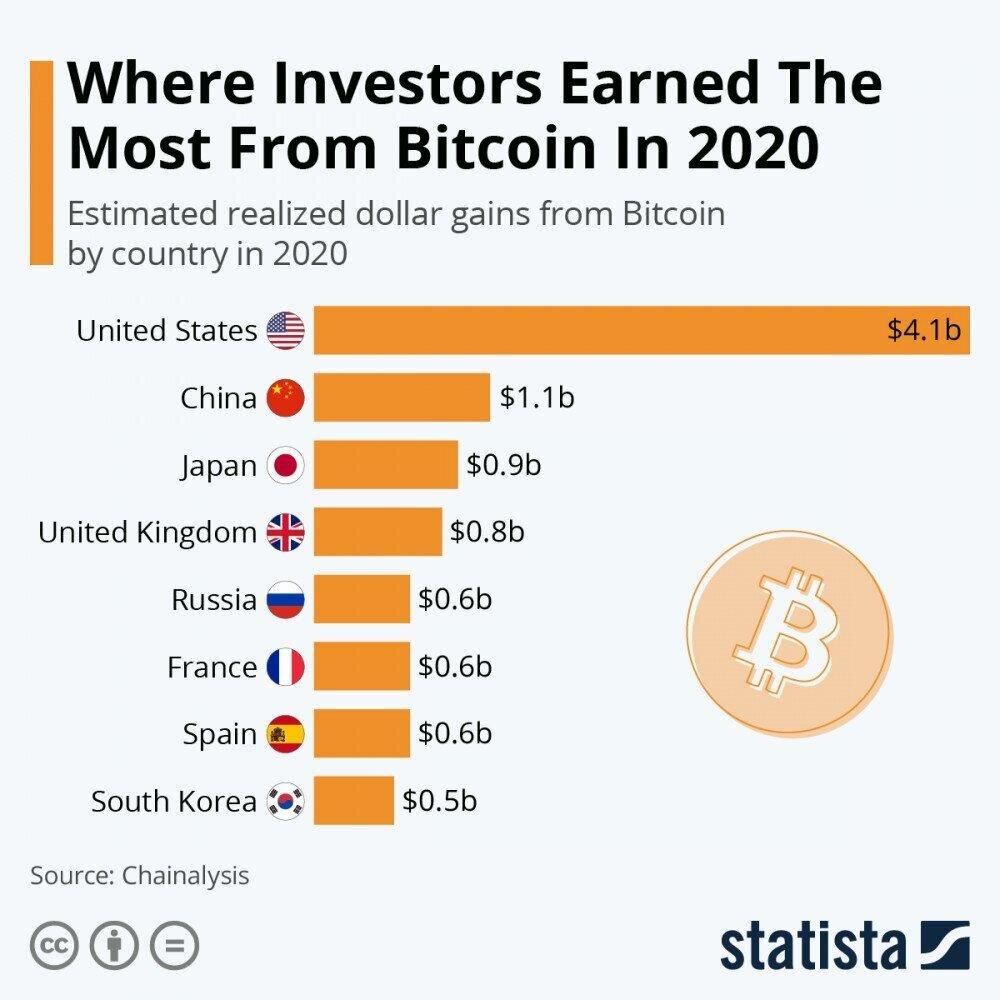 Back
How much have investors actually made from the boom in cryptocurrencies? Due to their decentralized nature, it is difficult to carry out a geographic analysis of cryptocurrencies with absolute certainty but software company Chainalysis have published a decent estimate. They were able to track services involving internatonal Bitcoin transaction data.
Chainalysis estimates that U.S. investors made $4 billion from Bitcoin in 2020, three times as high as the next country on the list, China. That is surprising because China has recorded the highest raw cryptocurrency transaction historically. The U.S. likely surged past China's $1.1 billion due to huge inflows that occurred towards the end of last year that generated notable gains.
Nearly all countries recorded their biggest realized investment gains towards the end of 2020 as Bitcoin's price surged from $11,471 in mid-October to just over $29,000 by the end of the year. That was a lucrative time for U.S. investors in particular who made the majority of their gains from activity on Coinbase.
Cryptocurrency investments remain a risky undertaking, illustrated by Bitcoin soaring to an all-time high of nearly $65,000 in April of this year before crashing below $37,000 in May. It is currently trading just below the latter figure, according to CoinMarketCap.
Cryptocurrencies Bitcoin