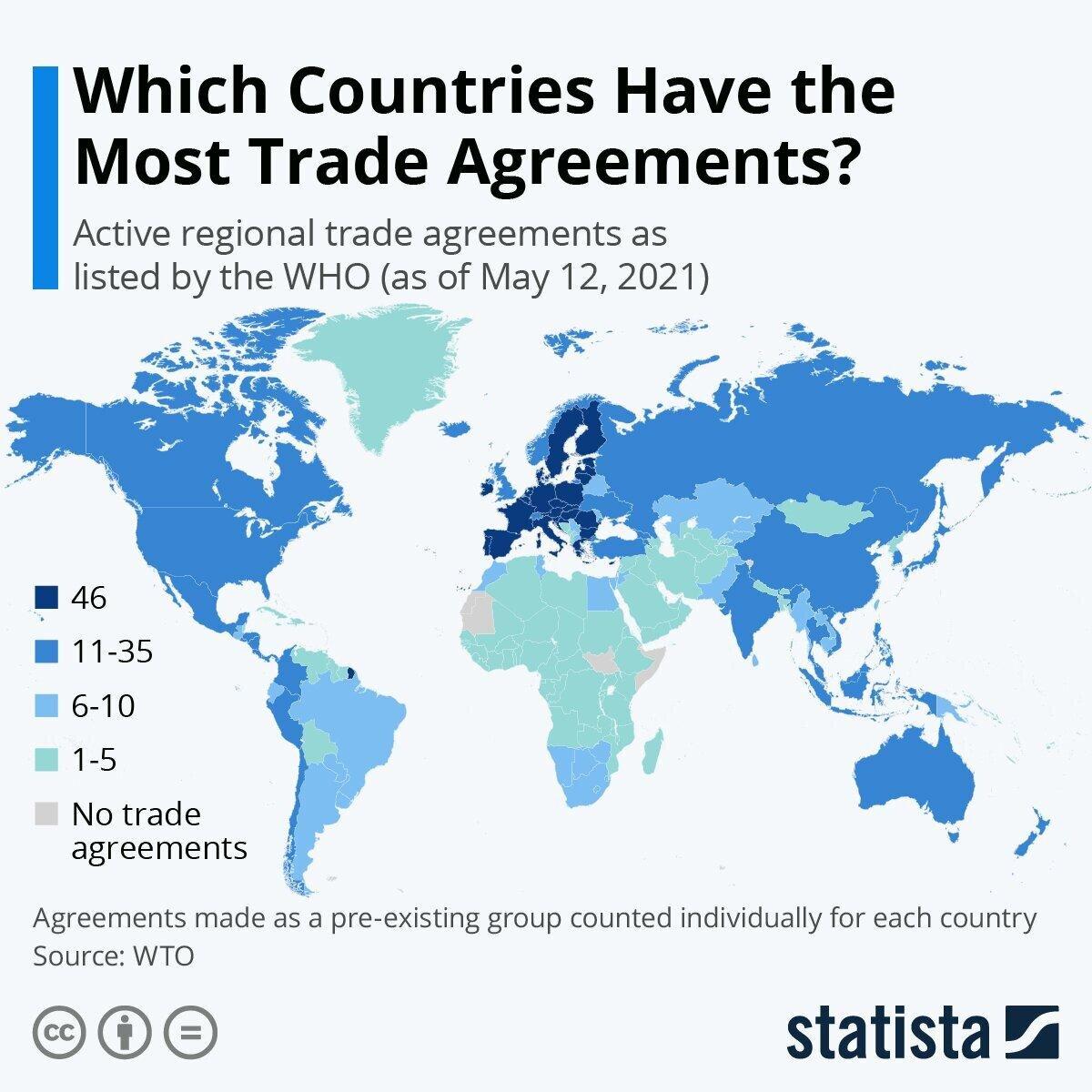 Back
According to an analysis of data from the WTO the EU-27 countries are – by some margin – the countries with the most trade agreements in the world.
While the EC trade agreement among the countries themselves was counted as one agreement, each agreement the EU made with individual countries, like Turkey, Tunisia, Mexico or Ukraine, was counted as one agreement per country.
The U.S. was only part of 14 trade agreements as of May 2021, twelve being bilateral agreements mainly with countries in Latin America and the Middle East. After its exit from the EU, the UK still has 35 trade agreements to its name, the highest after the EU countries. Next up were Iceland and Switzerland with 32 agreements, Norway with 31 and Liechtenstein and Chile with 30 trade deals.
The map shows that countries close to the EU economic area are closely tied to the EU as well as each other. The trade agreement count in the area is also driven up by European microstates outside the EU (e.g. Andorra, San Marino) signing their own trade agreements.
The EU currently has 45 trade agreements with individual countries or with other free trade areas, as well as the free trade agreement amongst themselves, bringing the count to 46.
The EU countries, for example, have trade agreements with the EFTA (European Free Trade Association comprised of Iceland, Liechtenstein, Norway and Switzerland) and the Southern African Development Community (including Namibia, South Africa, Tanzania and Botswana, among others).
Countries with no trade agreements were found in Africa, where trade agreement density was lowest. Only the Middle East had the same low count of free trade partnerships.
EU states and the U.S. are currently not tied together by a trade agreement. The proposed and controversial TTIP (Transatlantic Trade and Investment Partnership) agreement that should have bridged the divide has failed, even though the parties left a door open to revive talks in the future.
Trade WTO European Union TTIP EFTA Trade Agreements