Which renewable energy source is favored by experts 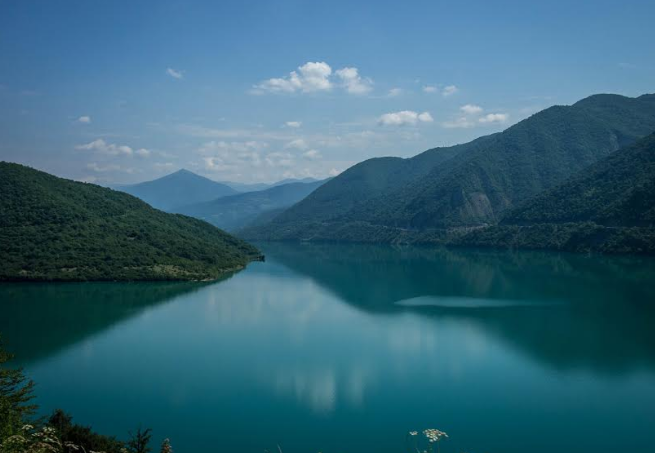 The fight against hydropower plants  has even become a kind of "fashion trend" for "green" unions in recent years (not only in Georgia). They still oppose the construction of renewable energy sources with outdated, thousand times-rejected methods and myths.

Projects of reservoir hydropower plants remain the main target of various environmental associations. Despite a number of scientific confirmations, HPPs still do not get "green" status. But neither can the Greens deny that HPP is a source of renewable energy and converts mechanical energy of  water into electricity. No fuel is involved in the process and the environment is not polluted by any waste. Against the background of the categorical "no" of the Greens, there are a number of advantages of HPPs with water reservoirs. Hydropower experts are not really tired of arguing that the construction of hydropower plants is necessary not only to get ecologically clean energy, but also for energy safety of the country- Georgia.

We spoke with Carsten Jensen to learn more about the Norwegian experience in hydropower, which is one of the world leaders in the development of this field. He is the Head of the Hydropower Licensing Department of the Norwegian Water Resources and Energy Directorate:

- How many HPPs are there in Norway and how much electricity do they generate per year?

- How did Norwegian hydropower develop in the historical context, what were the main stages? Was there any resistance from certain groups of the society to the implementation of mega projects?

- Well, in Norway we have a very long history of hydropower, it goes back more than 100 years. In the early 1900s we started experting hydropower.But the biggest boom when it came to hydropower was in the years after World War 2, because we had to rebuild the country after the war and of course environmental issues were not forefront then.But duringthe’60s and ’70s we we saw that the environmental issues had bigger impacts on projects and we had several highly controversial projects withprotests and demonstrations. So, yes Norway has also experienced these kinds of things. But very large HPPs in Norway were built quite many years ago, as of today we do not build that many large HPP projects any more, because we have already utilized a lot of resource.

- How did Norway overcome the obstacles?

- You will of course have controversies, no doubt about that, because all hydropower means some environmental issue. But what I think is important and the way we do it in Norway, all HPP projects, from the start they have to secure some payback for the local communities for borrowing or lending their resources for a greater good.

To ensure energy independence, it is important not to delay the construction of regulatory hydropower plants. It is recommended to build a hydro-accumulation station, which will increase the system's resilience, flexibility, and enable the integration of additional variable power (solar and wind).

It is possible to accumulate hydro resources in water storage hydropower plants: we adopt them during the "winter season in energy" - period when the water level in the rivers of Georgia is significantly reduced and small, seasonal hydropower plants are practically unable to work.

What do we have today?

By the end of 2019, the following types of HPPs were operating in Georgia: 7 – regulatory (with reservoir), 4 - daily regulation, 27 - seasonal, i.e. depending on water inflow, 53 - small HPP. In total, we receive 91 hydrogeneration facilities, which is about 5% of the same Norwegian hydropower plants. This is against the background of the fact that, as mentioned above, Georgia has adopted only 20% of its water resources.

The opinion of Georgian experts

Giorgi Chikovani, Director of the Energy Development Fund of Georgia:

- Our energy is based on hydropower and water inflow in rivers. Unfortunately, we do not have the great potential of water storage hydropower plants and we are very limited in terms of water accumulation. There are several projects only in Georgia, which are of great importance in terms of our energy independence, such are Khudoni, Nenskra and partly Namakhvani. All other HPP projects depend on water inflow.

Regulatory hydropower plants are very important for the development of the system as well as for integrating alternative energy, as solar and wind power plants are unstable and we need electricity to

- How important is the construction of water storage hydropower plants for Georgia's energy safety?

- If we did not have Enguri HPP today, we would be tied to neighboring countries and we would not have any energy independence in terms of electricity. HPPs with storage capacity of Engurican no longer be implemented in Georgia, as Eguri HPPs is very large - there is no potential for that. However, the construction of hydropower plants such as Nenskra, Khudoni, Namakhvani is necessary and they cannot cause any disasters or bad results.

Nugzar Beridze, Director of the Electricity Department of the Georgian National Energy Regulatory Commission, assesses the growing trend of electricity imports in the country. According to the expert, in the first quarter of 2020, the share of import was 12-15%. The main importing countries are Russia and Azerbaijan. Of course, the share of Russia comes mainly on Abkhazia, while Azerbaijan leads in the rest of Georgia in terms of import.

- Shuakhevi HPP was put into operation. How important is the construction of Nenskra HPP in terms of import substitution? The pandemic will end and consumption will increase again.

- First of all, it should be said that without the use of energy, we will not be able to develop enterprises and the economy. We need to develop sources of generation because consumption is increasing and local sources can no longer meet it, so we are in need to import electricity. As you know, powerful and water reservoir hydropower plants, if hydroelectric power stations are developed, are very important for the more efficient introduction of other variable generation sources. Import has significantly grown because our generation can no longer cover consumption. Consequently, only powerful power plants can develop the industry and economy of the country.

- What is the experience of foreign countries in this direction? For example, in Norway there are 1660 HPPS. From them, more than 1000 are reservoir HPPs. Should Georgia share this experience?