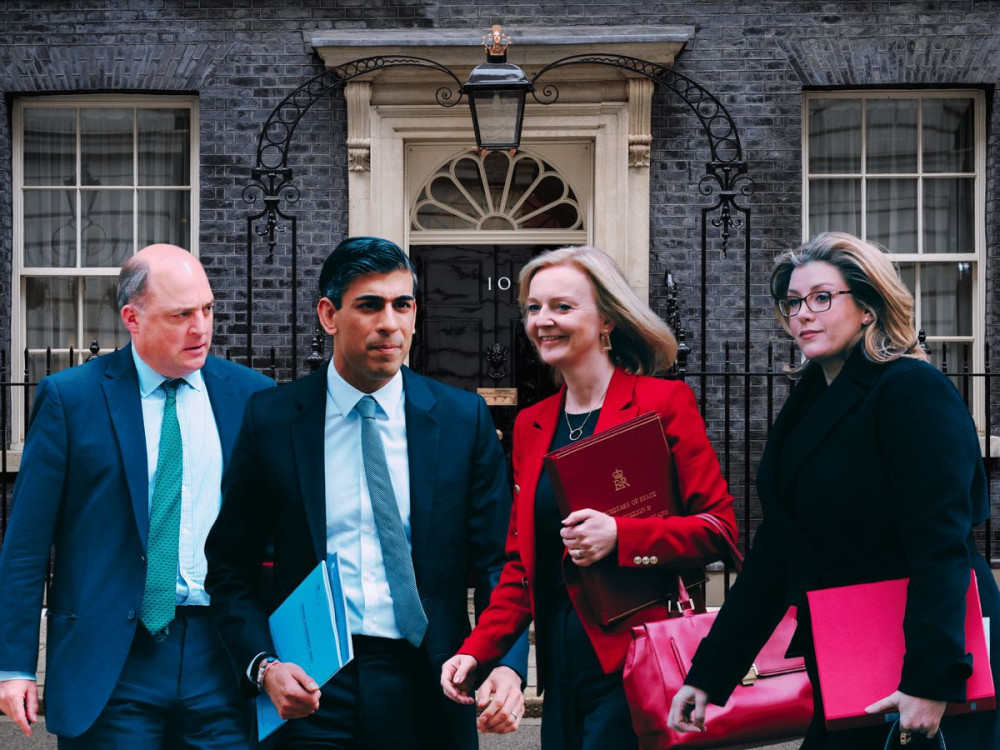 Boris Johnson has announced he will resign, which means there will now be a leadership election to decide who becomes the next Conservative leader and prime minister.

They will have to secure the backing of Tory MPs, with the final two candidates going to a ballot of Conservative members. But who are the potential candidates?

Remember, most of these MPs and ministers have not yet said whether they want the job of Tory leader and PM - but BBC says they are the ones to watch.

Rishi Sunak was once seen by some as a sparkling possibility for a future Conservative leader.

But the last few months has seen his reputation dented following a controversy over his wife's tax affairs, and not long after that he received a fine for breaching lockdown rules.

He only became an MP in 2015 - for the North Yorkshire constituency of Richmond. Few outside of Westminster had heard of him, but he was Chancellor of the Exchequer by February 2020.

He quickly had to grapple with the coronavirus pandemic, spending huge amounts of money trying to keep the economy afloat during lockdown.

Splurging the cash didn't come easily to a man who saw himself as a low tax and spend Conservative on the Thatcherite wing of the party but it did boost his popularity.

His early move to quit the cabinet with fellow minister and friend Sajid Javid may just have paved the way for the stream of ministerial resignations that eventually forced Boris Johnson out.

The foreign secretary was early in declaring her support for Johnson after the departure of his chancellor and health secretary, bolstering her standing among loyalists.

As only the second woman to lead the Foreign Office, she has taken credit for securing the release of Nazanin Zaghari-Ratcliffe after six years and for imposing sanctions on Russia and its oligarchs.

First elected in 2010 as MP for South West Norfolk, Ms Truss has become a popular figure among Conservative Party members for her libertarian views on economics and trade.

But her style has not always caught on with the wider public, and she was was mocked for giving a speech at the 2015 Conservative conference which featured an impassioned section on UK cheese imports.

That did not impede her progress, and she held a series of cabinet positions - including negotiating post-Brexit trade agreements as international trade secretary - before reaching her current role.

The MP for Bromsgrove dealt the prime minister the first blow, stressing the need for integrity and telling MPs in his resignation speech that he had concluded: "the problem starts at the top".

Mr Javid previously bid for the leadership in 2019, making it to the final four before dropping out to support Mr Johnson.

His endorsement was rewarded with the role of chancellor, but he quit after six months in a row over his advisers, before making a dramatic return to the front benches as health secretary in 2021.

A fiscal conservative, who has repeatedly warned about the dangers of rising inflation and the national debt, Mr Javid rose from modest beginnings.

He was born in Rochdale in 1969 to a first generation Pakistani immigrant family and his father worked as a bus conductor. Mr Javid pursued a successful career in the City before becoming a Tory MP in 2010.

The levelling up secretary has run twice before for Tory leader and prime minister. In 2019 he came third to Boris Johnson and Jeremy Hunt.

But his most famous intervention in leadership contests came in 2016, in the wake of the EU referendum, during which he had been a senior figure on the Leave side.

Having originally backed his Leave colleague Mr Johnson, he sensationally withdrew support, saying "reluctantly" that Mr Johnson could not "provide the leadership or build the team for the task ahead".

Away from all this, the former BBC journalist and Times newspaper columnist is one of the longer-serving ministers in the cabinet.

In 2010 he became education secretary and since then has taken up government roles as chief whip, justice secretary, environment secretary and most recently levelling up secretary.

The current chancellor cemented his reputation as a safe pair of hands when he took on the role of vaccines minister in the pandemic, and garnered much credit for the UK's successful rollout.

It was, he said, "the most important job I'll ever do" - although it set the stage for a promotion to the cabinet as education secretary.

Another promotion to chancellor following Rishi Sunak's resignation did not stop him from joining a group of ministers 24 hours later to tell Mr Johnson it was time to go.

Born in Iraq in 1967, Mr Zahawi and his family were forced to flee when Saddam Hussein came to power.

After studying chemical engineering, he set up a firm selling Teletubbies merchandise before making his fortune with the founding of online polling company YouGov. He became MP for the safe Conservative seat of Stratford-Upon-Avon in 2010.

The former foreign secretary has remained an influential presence in Westminster from the backbenches since he came second to Boris Johnson in the 2019 leadership contest.

He scrutinised government policy throughout the pandemic as chair of the Commons Health Committee.

But if he stands again for the leadership, he will be hoping party members take a different view from three years ago, when he said his vote for Remain in the Brexit referendum was a hurdle that could not be overcome.

The son of an admiral, Mr Hunt made his fortune by setting up Hotcourses - a website which connected prospective students with educational institutions.

MP for South West Surrey since 2005, Mr Hunt joined the government in 2010 as culture secretary and also led the Department of Health.

Even before it became clear that Boris Johnson would resign, Suella Braverman boldly declared her intent to stand as a candidate but also remain in the cabinet as Attorney General, the government's senior law officer.

She set out her pitch for the leadership as the enemy of what she called "woke rubbish".

One of the original lights of the Brexit-focused European Research Group, she was a passionate Brexiteer and has always been a staunch supporter of Mr Johnson.

She became the first cabinet-level minister to take maternity leave - the law had to be changed to enable her to take time off.

As a former magician's assistant, Penny Mordaunt has a track record of pulling off extraordinary feats.

In political terms, she already pulled a rabbit out of a hat in 2019, when she made history by becoming the UK's first female defence secretary - a natural fit for a naval reservist who had already served as armed forces minister under David Cameron.

But Ms Mordaunt is probably best known outside Westminster for her appearance on ITV's celebrity diving show Splash! to raise money for charity.

MP for Portsmouth North since 2010, Ms Mordaunt is a former head of the Conservative Party's youth wing and was a press officer for William Hague when he was party leader.

Before entering Westminster politics, she was a press officer for Kensington and Chelsea Council and the Freight Transport Association, when she supported British truckers during French blockades.

The defence secretary and former soldier is a low-profile figure who has drawn increasing attention since Russia's invasion of Ukraine, as the UK made an early decision to support Kyiv with weapons and training.

Despite his opposition to Brexit, Mr Wallace previously led Boris Johnson's unsuccessful 2017 leadership campaign, before being rewarded with a cabinet post in 2019.

While in the Scots Guards, he is said to have broken the record for the largest ever bill at the bar in the officers' mess.

He served in Germany, Cyprus, Belize and Northern Ireland where he thwarted an IRA effort to carry out a bomb attack against British soldiers.

He was also one of the main army personnel involved in recovering Princess Diana's body from Paris.

Tom Tugendhat's style is the polar opposite of Boris Johnson's - a moderate who projects pragmatism rather than populism, a details man who supported Remain in the 2016 EU referendum.

For these attributes, Mr Tugendhat, who was elected as MP for Tonbridge in 2015, has been talked up as a potential future leader of the Conservative Party for years.

His stint as chairman of the influential Foreign Affairs Select Committee since January 2020 has added weight to his leadership credentials as he drew on his military expertise to scrutinise issues such as China's growing global influence.

In an emotional speech to MPs, Mr Tugendhat described the anger, grief and rage felt by veterans at the "abandonment" of Afghanistan in a hasty withdrawal by western forces in August last year.

Asked in 2017 whether he would like to be prime minister, he said: "Of course. I bought a ticket so why wouldn't I want to win the lottery?"

Another leading light in the Brexiteer movement, if not a household name, Steve Baker has made it known that colleagues have "implored" him to stand in the leadership.

He has been seen as a brutally effective organiser, an MP who behind the scenes harried Mr Johnson's predecessor Theresa May, until she finally resigned.

He was an RAF engineer, and became MP for High Wycombe in the 2010 general election.