Who donates to the Ruling Party? – TI 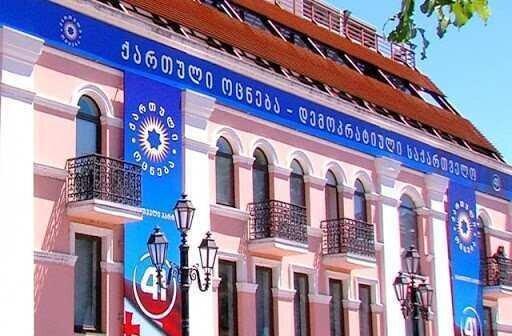 Companies connected to the donors of the ruling party received approximately GEL 47 million from public tenders in 2020 (until October 1) and in exchange these donors contributed GEL 1.3 million to the Georgian Dream within the same time period – Transparency International stated in its latest interim report on funding of the 2020 Election Campaign.

TI particularly mentions G & K Technology LLC that secured GEL 17.2 million from public tenders in 2020. “Roman Abramishvili, the founder of this company, donated GEL 60 000 to the Georgian Dream. It is noteworthy that this company was mentioned for a similar case in Transparency International Georgia’s Report Georgia’s Political Finance in 2019” – reads the report.

Another large public procurement contractor, according to TI, is L & K LLC that won public tenders worth GEL 8.1 million in 2020, while its owners contributed GEL 22 000 to the ruling party. Arsakidze-2000 LLC is also worth mentioning that got GEL 1.4 million from public tenders in 2020. “The owners of this company are connected to Lilo-Mall LLC, which is a large business group whose partners have the biggest political donors been for years” – TI said in its interim report.

As the report further shows in addition to tenders, the companies belonging to natural persons that have donated to the ruling party have a history of winning simplified public procurement contracts. “Companies, which are directly or indirectly connected to persons who have contributed approximately GEL 2.2 million to the ruling party, received around GEL 3.8 million from simplified public procurement contracts until October 1, 2020” – reads the report.

TI stresses Kvarlis Edemi LLC case as well. This company is under the ownership of the business partner of Aleksandre Ivanishvili, the brother of the Chairperson of the ruling party Bidzina Ivanishvili. This company came to the attention of Transparency International Georgia in the spring of 2020 when in the period of the state of emergency, its owner secured a large simplified procurement contract days after making a political donation.

“A number of large groups have formed amongst the ruling party’s political donors, who make large contributions to the Georgian Dream during nearly every election” – interim report finds.

Volume Of Loans Issued By Commercial Banks Is Up

It Is Clear That A Coalition Gov't Is Necessary - Zourabichvili

How Much Deposits Are Placed In The Banking Sector?

How Much Assets Do Georgian Banks Have?

Luxembourg Leads Cars per Inhabitant List in the EU

TikTok Says it has Over 1 Billion Users

Number of Employed People in Ukraine Grew by 2.6% in Q2