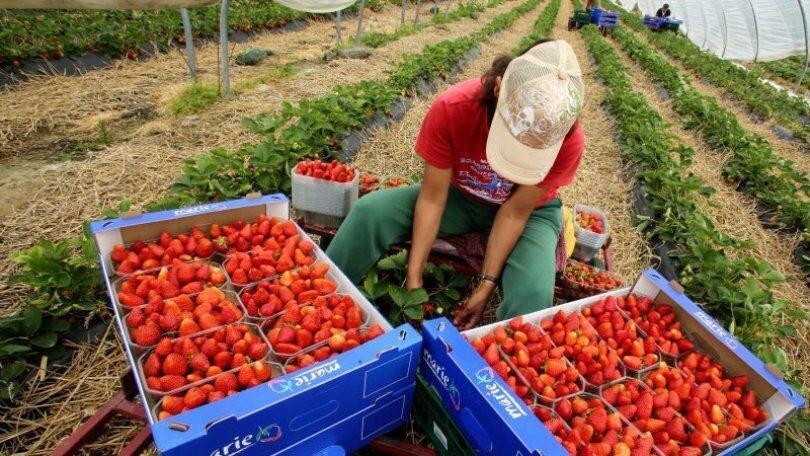 Georgian citizens, employed on the seasonal work in Germany are suing the Employment Promotion Agency and demanding GEL 18,000 in compensation. Relevant information was provided to BM.GE by the employees who returned from Germany ahead of the schedule.

According to them, the conditions provided by the state program were not fulfilled by the employers on the spot, including the issue of remuneration, which turned out to be less than what was stipulated in the contract.

“The company, where we worked, had a problem with the sale of strawberries. The employer could not work us. I could not work more than 4 hours during the day. However, the contract clearly stated that we had to work 8 hours a day and we had to be paid accordingly. If we calculated in these 4 hours, we would get a total of 12-15 Euros, but we only had to earn 9.5 Euros in 1 hour. During the day, instead of 4 hours, we had to work at least 8 hours," said Jaba Chachanidze, a beneficiary of the program.

BM.GE also contacted the Employment Promotion Agency. According to the Agency, the problem was created only for one group, in another case, according to them, there were no problems between the employer and the employee.

In the written reply Employment Promotion Agency notes that the agreement between Germany and Georgia in such problematic cases was taken by the German side, and the function of the Georgian side was only to inform the German side about the existing problems on time.

"The fact of non-compliance by the employer with the terms of the contract was observed only with one group, which is known to the public. Most of the members of the other group return to Georgia after the expiration of the term stipulated in the contract, with additional financial resources and experience. As for individual cases, sometimes interests and expectations of the employer and the employee do not coincide or there is a case of deteriorating health, based on which the employment relationship is terminated ", - say the Employment Promotion Agency.

However, as of the recent data, only 229 Georgian citizens went to find seasonal work in Germany from April to September 16, 2021 within the frame of the agreement.