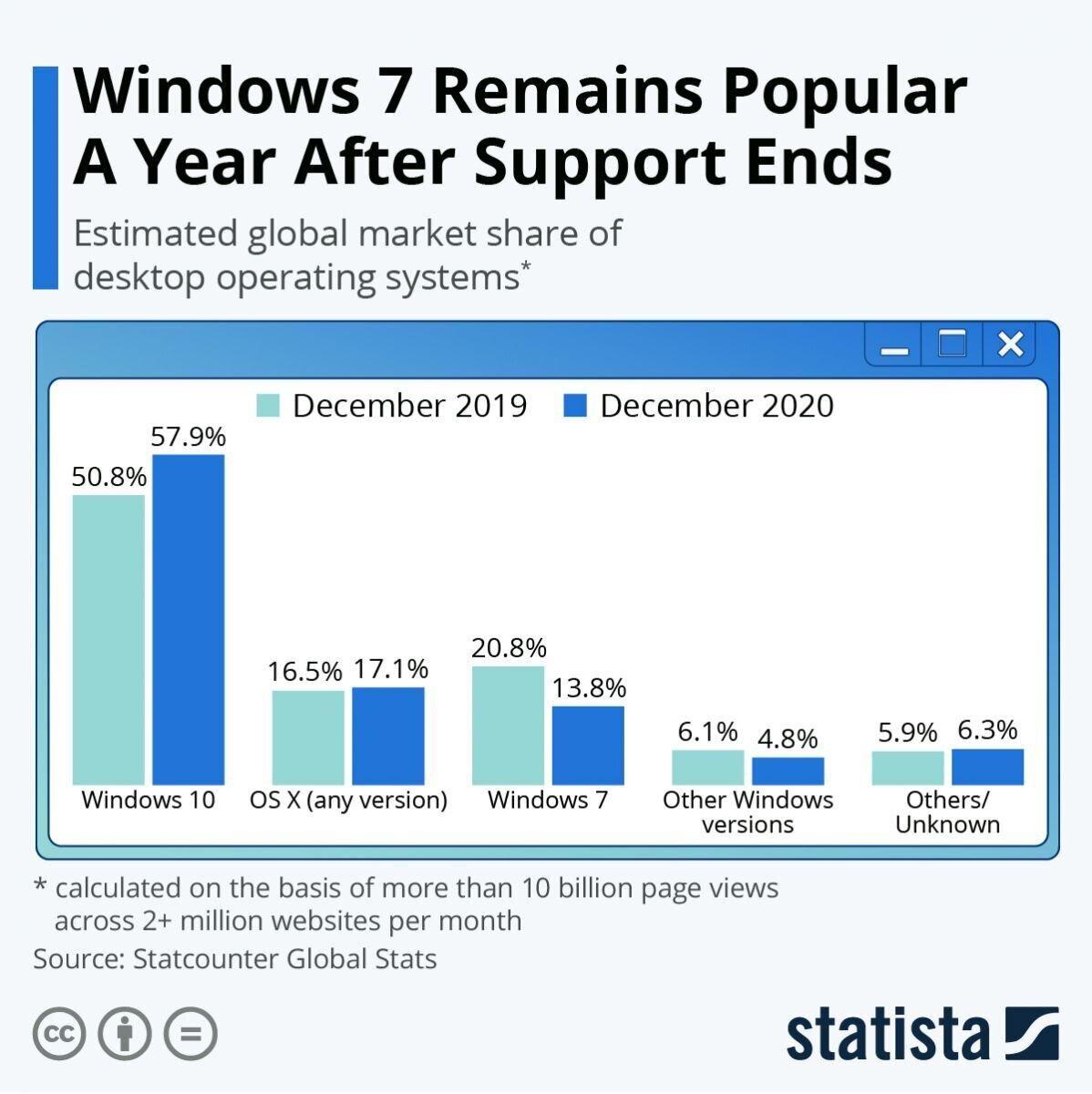 Back
While some technologies start to vanish before the end of their intended life span, others stay long beyond their expiration date. Windows 7 is one example for the latter species, with its popularity unbroken one year after Microsoft ended support for it in January 2020.

Like Windows XP before it, Windows 7 is still running on tens of millions of machines around the world, despite its use posing a potential threat in the absence of security fixes from Microsoft. And while that may not be a huge issue in terms of private users, institutions that are notoriously slow to keep their IT infrastructure up to speed could see themselves exposed to greater security risks.

According to estimates from Statcounter, Windows 7 still had a market share of 13.8 percent on desktop devices in December 2020, down 7 points from a year earlier. While those estimates are already sizeable, they are based on data collected by web browsers, meaning that actual machines running Windows 7 (e.g. ATMs) are likely not accounted for in this sample. With some of those machines needing new hardware to run Windows 10, it will probably take a couple of years for Windows 7 to vanish completely.
Source: Statista
Microsoft