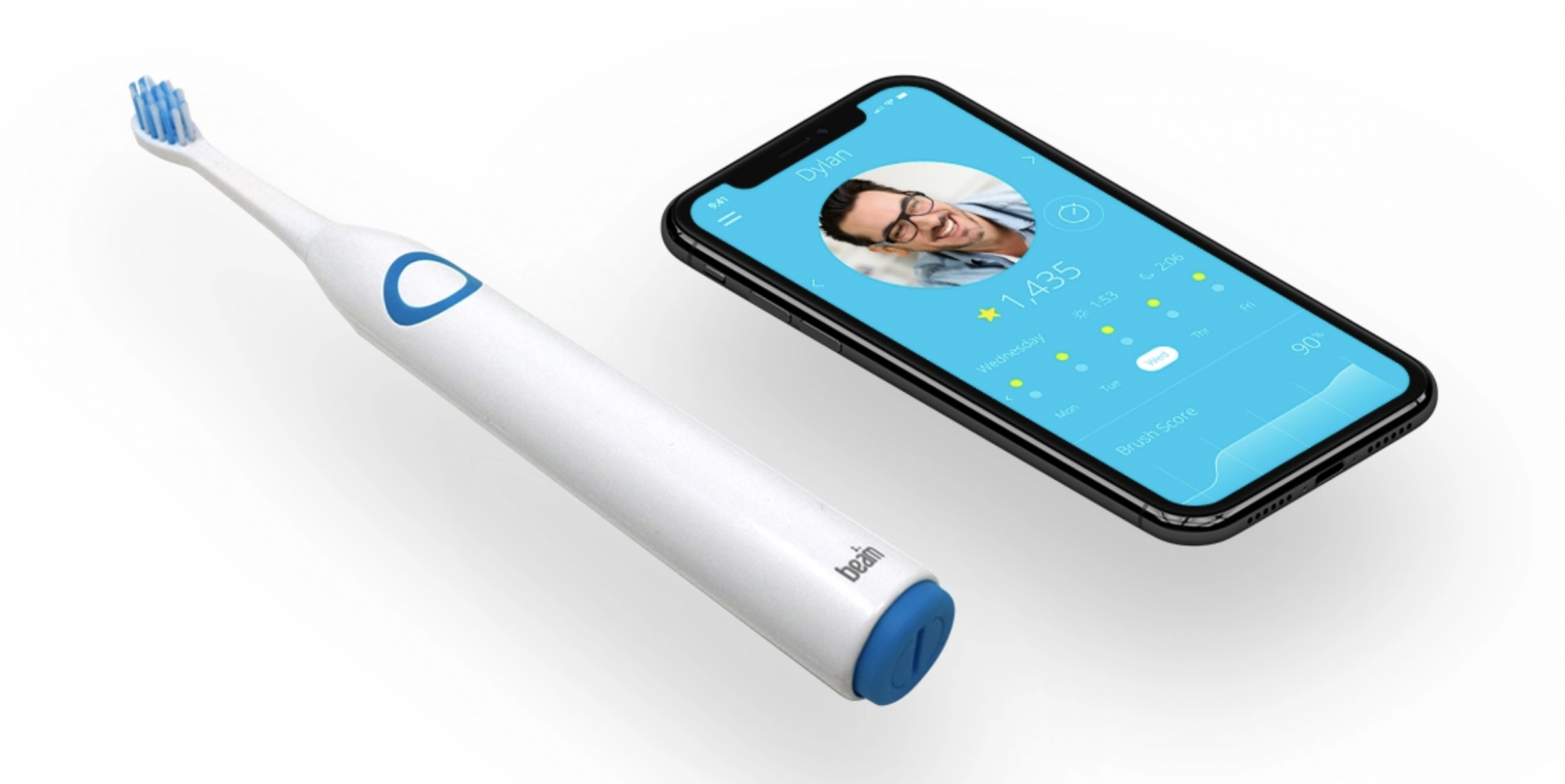 Back
Beam Dental, a Columbus, Ohio-based dental benefits provider, today announced it has raised $80 million in an oversubscribed series E round led by Mercato Partners. Beam says the funds will be put toward expanding its offering to new markets, product R&D, and onboarding employee benefits brokerages.
Alex Curry, Alex Frommeyer, and Dan Dykes founded Beam in 2012 to make dental care more affordable. Using AI, Beam rewards policyholders who brush and floss more with cheaper rates, reflecting the fact that preventative care reduces the likelihood of expensive dental work and emergency visits down the line. In the 41 U.S. states where the company’s plans are available, Beam sells a semiannual subscription service that consists of a Bluetooth-enabled sonic toothbrush — the Beam Brush — along with paste, floss, and refill heads. Customers optionally sync after each brush with Beam’s companion smartphone app, which spits out a grade from “A” to “D,” depending on how consistently they’ve kept up with good hygiene routines.
“Most insurers rely on the instincts of experienced underwriters to guide them on when to lean in — or pull back on — an opportunity. The most experienced underwriters are aware of pockets of inefficiencies in actuarial models, which might be geographies, network nuances, or other factors they encounter in the underwriting process,” CEO Frommeyer told VentureBeat via email. “Beam cataloged all the underwriting factors down to the procedure code level and then leverages machine learning to minimize the delta of actual versus predicted claims consumption. The result is to effectively mimic the intuition of the best dental insurance underwriters. Beam can do this with much greater speed and precision while also offering this service to even the smallest employers, whereas other carriers couldn’t afford the underwriting staff to match this level of service.”
Basically, instead of using human underwriters, Beam employs algorithms that assess risk, allowing it to scale down to small and medium-sized employers. This ostensibly lets an employer get rates for dental insurance that are better tailored to who they are and their specific needs. Beam’s AI generates rates for an employer based on more data points that show how risk-prone the company’s employees are at a given moment. For example, if it’s a younger company and most of its employees are fairly healthy, they are likely to pay less.
Beam’s backers peg the dental insurance market at about $78 billion and believe the startup’s market-competitive rates give it a fighting chance, even against incumbent PPO providers like Delta Dental and United Healthcare. Indeed, Beam has grown to 250 employees and increased its dentist network to 400,000 access points in all 50 states. As of May 2018, more than 1,000 small and medium-sized business customers had signed up to provide their employees plans through Beam, and the company claims to have grown revenue by 600% over the past three years, with a net revenue retention rate of 100%.
Traverse, Drive Capital, Georgian, Nationwide, and Breakout Capital participated in Beam’s latest funding round, bringing the company’s total raised to over $160 million, following a $55 million round in May 2019. The company raised a few hundred thousand dollars in a seed round in 2012 to build and distribute its connected brush, and its series A round in 2014 was mostly dedicated to helping transition from hardware and internet of things (IoT) to insurance. After receiving that investment, Beam moved from Louisville to Columbus, partnered with insurance companies, and began working on regulatory issues.
Source: Venture Beat
Beam Dental