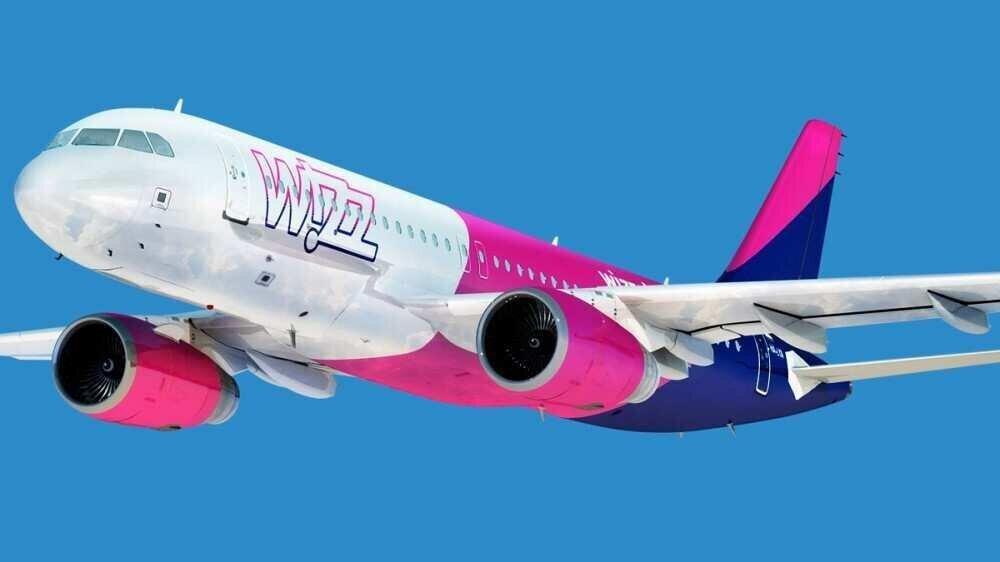 Wizz Air, a leading low-cost carrier in Ukraine and the largest low-cost airline in Central and Eastern Europe, is delighted to celebrate todaythe opening of its new base in Lviv, which will be the second and the newest WIZZ base in Ukraine. One based Airbus A320 aircraft at Danylo Halytskyi International Airport “Lviv” will enable operations of five services from Lviv to Billund in Denmark, Tallinn in Estonia, Lisbon in Portugal, Hamburg in Germany and Szczecin in Poland. Moreover, Wizz Air is further expanding its Ukrainian route network by opening flights from Kharkiv to Tallinn and Berlin.

By opening a new base and commencing new services, Wizz Air further underlines its commitment to Ukrainian market and brings truly affordable air travel services to even more Ukrainian customers and the country’s visitors. Wizz Air started flying to Ukraine in 2008, and since then the airline has carried over 11 million passengers to and from Ukraine. Today’s announcement brings WIZZ’s investment in its Lviv base to over $100 million** in 2020. The airline’s continuous investment in Ukraine and establishment of a new base in Lviv will create over 30 new jobs. This announcement brings all-time favourite European destinations even closer to passengers from Western and Eastern Ukraine offering in total 71 routes to 13 countries from five Ukrainian airports.

Passengers can be sure that discovering new places with Wizz Air is both comfortable and safe. As passenger and crew safety has always been WIZZ top priority, the airline has recently announced enhanced hygiene measures to support physical distancing during boarding and enhanced cleanliness on board. As part of these new protocols, throughout the flight, both cabin crew and passengers are required to wear facemasks; and cabin crew is also required to wear gloves. Wizz Air’s aircraft are regularly put through an industry-leading fogging process with an antiviral solution. Moreover, by following WIZZ’s stringent daily cleaning schedule, all of the airline’s aircraft are further disinfected overnight with the same antiviral solution. Sanitising wipes are handed to each passenger upon entering the aircraft; onboard magazines have been removed from the aircraft; and any onboard purchases are encouraged to be made by contactless payment. Passengers are requested to follow physical distancing measures introduced by the local health authorities and are encouraged to make all purchases prior to the flight online (e.g. checked in luggage, WIZZ Priority, fast security track), to minimize any possible physical contact at the airport. Click here to view Wizz Air’s new health and safety video, for more information.

By adding WIZZ Flex to a booking, passengers can rest assured that if circumstances change, or they simply wish to travel on a different date, or to a different destination, they can rebook on any WIZZ flight of their choice. Providing that extra layer of protection for passenger bookings, is a peace of mind during these uncertain times.

Speaking at the press conference in Lviv, Andras Sebok, Chief Supply Chain Officer at Wizz Air said: ”Remaining committed to the Ukrainian market, today we are delighted to celebrate establishment of a new base in Lviv and the opening of new WIZZ services from Lviv, a cultural capital of Ukraine, and Ukraine’s second-largest city of Kharkiv to 5 European countries: Denmark, Estonia, Portugal, Germany and Poland. With this exciting news, we continue to bring new affordable travel opportunities to Ukrainian passengers while ensuring the best possible sanitary conditions with our enhanced protective measures. We believe that such base investment and a launch of these newest routes will further stimulate local economy, aviation and tourism sectors”.

Tetyana Romanovska, CEO at Danylo Halytskyi International Airport “Lviv” noted:“Today we have a double holiday: the opening of five new routes by Wizz Air and of a base with Airbus A320 aircraft. For three years, Wizz Air has been a leader in opening new European destinations and in the volume of passengers transported from Lviv. In 2019, Wizz Air carried about half a million passengers. Starting from today we will have 17 destinations from Lviv to various cities in Europe. We are very thankful to Wizz Air, which was the first to open flights from Lviv during the crisis. Now the airline does not only resume the existing directions, but also increases the route network. Today I congratulate all of us on five new destinations from Lviv to the following destinations: Hamburg, Tallinn, Billund, Lisbon, Szczecin and Budapest. We are waiting for the opening of Europe for Ukrainian tourists in July.”