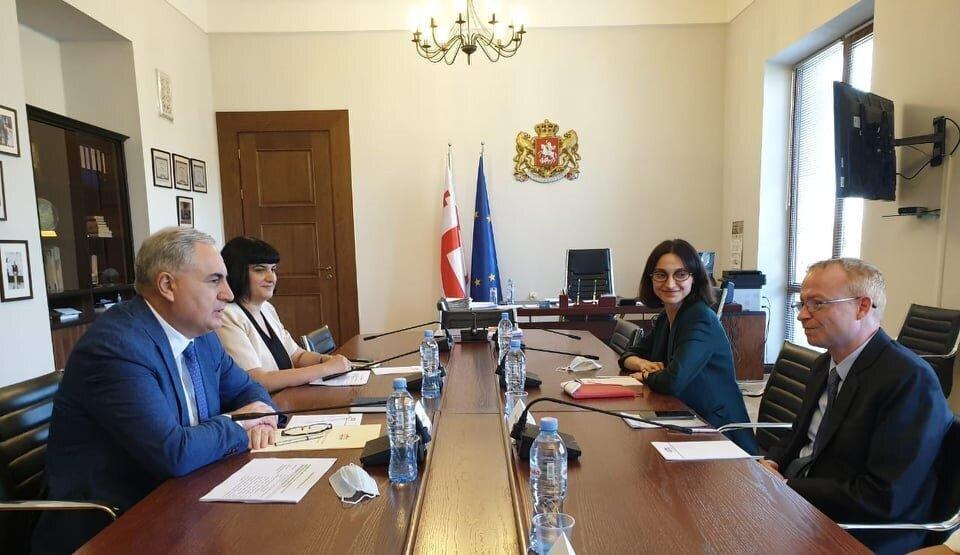 Irakli Kovzanadze, Chairman of the Finance and Budget Committee of the Parliament met NDI Georgia Office Director Alan Gillam. The issues of the next 4 years of cooperation between the National Democratic Institute and the Committee were discussed at the meeting held in the Parliament.

The meeting focused on financial issues, the budgeting process and how to increase the awareness of MPs and citizens interested in the budget issues.

According to the Finance and Budget Committee, the state debt was named as one of the actual issues at the meeting.

As Irakli Kovzanadze stated, with the help of NDI and the involvement of the Finance and Budget Committee, a working group will be set up to work on issues related to the state debt.