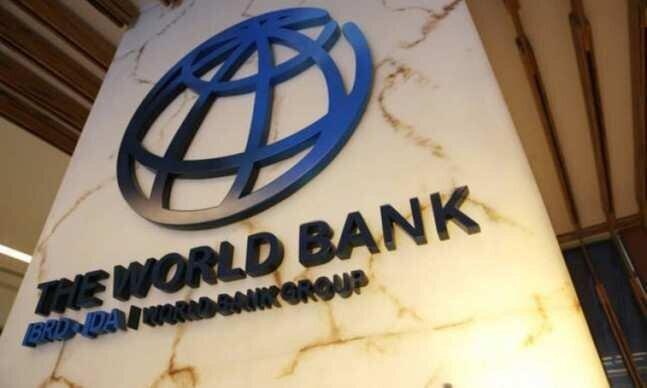 Georgian economy expanded by a healthy 5.2 percent year-on-year (yoy) in September. Construction and services sectors performed well, while mining and social services contracted. The recovery in the construction sector was also driven by accelerated public investments. On the services side, growth was registered in trade, transport and hospitality sectors.

On the demand side, improving labor markets, stable credit and higher public spending supported domestic demand, while export growth moderated. With this, the growth rate in the third quarter of 2019 reached 5.7percent yoy and in the nine months of the year 5 percent. Growth is projected to slow in the final quarter of the year in response to the monetary policy tightening and weakening household and business sentiments.

Consumer prices increased by 0.8 percent monthon-month (mom) in October as the annual inflation spiked to 6.9 percent yoy. Food products contributed4 percentage points (pp) to the inflation, while tobacco prices accounted for 1 pp. Only prices for apparel and communication services declined. The broad-basedpick-up in inflation and growing inflationary expectations prompted the National Bank of Georgia(NBG) to further tighten monetary policy.

After increasing its policy rate twice in September (by acumulative 100 basis points), NBG hiked the rate by an additional 100 bps in October to 8.5 percent.NBG’s measures appear to have calmed the foreignexchange market. Between end-June and endSeptember 2019, the lari lost around 8 percent of its value against the US$. The exchange rate has stabilized since, with the lari trading at around 2.96GEL/US$ most recently, around 11 percent weaker on annual basis. In addition to hiking the policy rate, NBG made limited interventions in the foreign exchange market in September and reduced the reserve requirements for banks’ foreign liabilities in October.

The nominal effective exchange rate was stable in October, but depreciated by 10.5 percent yoy. After improving for ten consecutive months, the trade balance deteriorated in September. Export growth slowed to only 0.5 percent yoy and import growth accelerated to 4 percent from earlier negative rates. In the nine months of 2019, exports grew by 11percent yoy while imports shrunk by 3.3 percent.

Among export destinations, Russia moved to the top position in the nine months of 2019 with 14 percent share in total exports, leaving Azerbaijan slightly behind(13 percent share in total). Among other top partners,Romania absorbed 5.5 percent of Georgian exports, up from 1.6 percent in 2018. Ukraine and Armenia were other two partners with strong growth rates – 56 and30 percent, yoy respectively. The most exported items in the nine months of 2019 were copper ores, used carsand pharmaceuticals.

Turkey, Russia and China were the largest trade partners on the import side,representing 38 percent of total imports. Traditionally,oil products were among the top imported goods with 8.4 percent share in total imports, down from 9.6percent in 2018.Other external inflows have been mixed. In the first nine months of 2019, money transfers from abroad roseby 8.5 percent compared to a year earlier.

Most transfers (25 percent) continue to come from Russia,however, its share has been declining steadily (29percent of transfers during the same period of 2018).Tourism proceeds declined for the third consecutive month in September due to the Russian authorities’ banon flights to Georgia.

Despite this, tourism revenues in the year-to-September were up 2.3 percent yoy.Credit grew by a healthy 13.3 percent yoy(excluding foreign exchange effect) in October. The credit expansion was driven by lari denominated loans which increased by 23 percent yoy, while foreigncurrency denominated loans increased by 6.8 percent.Deposit growth accelerated sharply from the previous month (by 2.8 pp) to 11.2 percent, with both foreigncurrency and lari deposits contributing.

Financial soundness indicators improved in the third quarter of the year; however, profitability remains below levels recorded a year earlier. Return on equity (ROE) andreturn on assets (ROA) stood at 16.4 percent (1 pp lower than the previous year) and 2.1 percent (0.1 pp lower than previous year), respectively in September of 2019.The budget continued to perform well. Revenues increased by almost 9 percent yoy in September, bringing the growth rate in the first nine months of the year to 10 percent.

Spending growth was faster,(around 18 percent in September yoy as well as year-to date), mostly due to smoother execution of capital spending. With this, the deficit increased to around 1.2percent of GDP, compared to budgeted deficit target of 2.7 percent of GDP for the year. The authorities reached a staff level agreement on completing the fifth review of the IMF’s Extended Fund Facility (EFF) in October 2019,acknowledging the adequacy of the macro-fiscal framework so far. They also requested a one-year extension of the EFF, expected to provide further credibility of the economic policies in the election year.

“State is obliged to take a good care of its servicemen in the first instance of course”, - Giorgi Gakharia

Why is delayed amending of Resolution 520? - The minister slams doctors

"In many clinics, salaries have been reduced by 20% -30%" - Alexander Aladashvili on the effect of Resolution 520