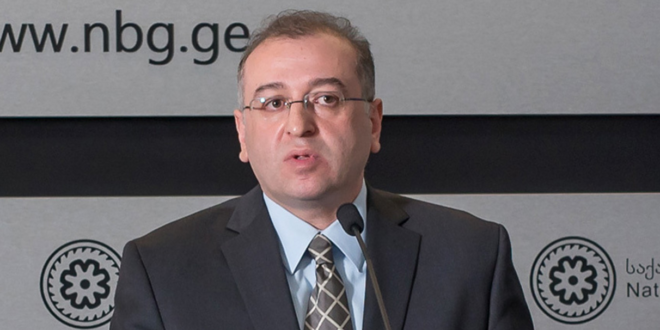 Koba Gvenetadze, Governor of the National Bank of Georgia, took part in the IMF’s (the International Monetary Fund) Meeting of the Middle East and Central Asia Central Bank Governors, held as part of the IMF and the World Bank Annual Meeting. Held online, similar to the previous year’s event, the meeting was attended by the region’s central bankers.

"We need to look at how we can attain the resilience of the economy in the future, as the world is progressively returning to the pre-pandemic state and rolling out of the pandemic-driven economic crisis. The crisis has shown us the importance of digital technologies. It is the rise of digital technology that underscores the need for upgrading the central bank currency to better serve the digital economy and improve the effectiveness of public policy. The introduction of the CBDC may improve the efficiency of financial intermediation, promote the introduction of new financial technologies, encourage financial inclusion and spark competition across payment providers, while also improving access to finance and sustaining greater efficiency of the fiscal system, "- said Koba Gvenetadze.

In his speech, the Governor of the National Bank of Georgia also focused on the risks related to the introduction of the Central Bank Digital Currency. Before proceeding to answer the questions of the audience at the end of the session, Governor Gvenetadze informed them about the findings of the research and public consultations conducted at the NBG’s initiative.