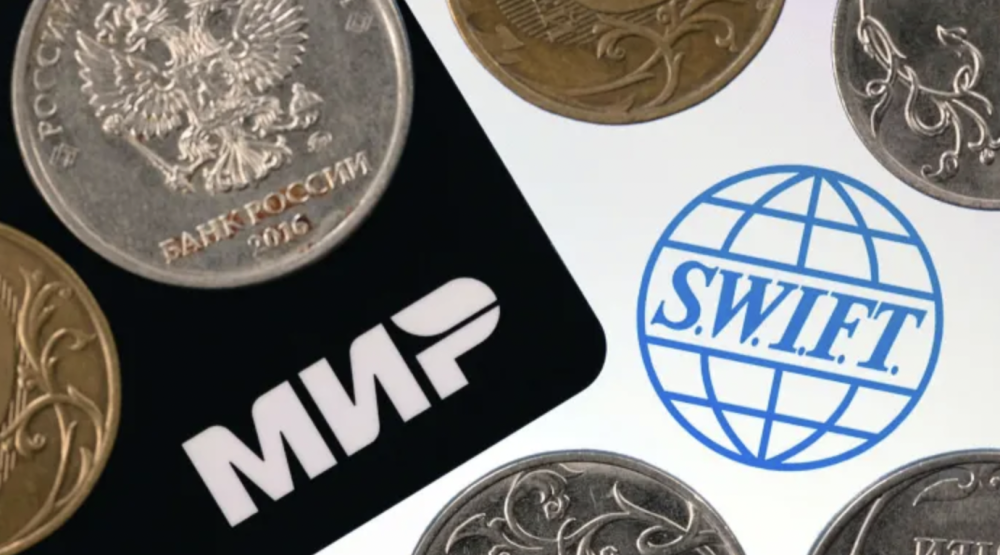 Back
Western leaders are split on whether Russia should be ejected from the Swift international payments system, a move that would deliver a heavy blow to the country’s banks and its ability to trade beyond its borders.
Boris Johnson, the UK prime minister, on Thursday pushed “very hard” to remove Russia, according to officials, but he admitted to MPs that it was “vital that we have unity” on the issue among western allies. Olaf Scholz, Germany’s chancellor, warned his country had reservations about such a dramatic move and so did the EU, according to officials close to sanctions negotiations.
A German official declined to comment, saying only that “all options are still on the table”. Dmytro Kuleba, Ukraine’s minister of foreign affairs, tweeted: “Everyone who now doubts whether Russia should be banned from Swift has to understand that the blood of innocent Ukrainian men, women and children will be on their hands too.”

Johnson has faced criticism in the UK for deploying what critics described as “peashooter” sanctions in response to the first stage of Russian aggression in Ukraine; he is now trying to push western colleagues to deploy very tough reprisals.

He pushed for international support for Russia to be cut out of the Swift system in a call with G7 leaders on Thursday. Officials briefed on the call said Canada had also been in favour. Johnson’s spokesperson said Britain would “work with allies to shut off access to the Swift payment system”. The US has suggested it was too early to consider the move, while saying that no option was off the table.

A US official said President Joe Biden did not engage in talks about cutting Russia off from Swift with his G7 counterparts, even though the issue was raised by Johnson and discussed by Trudeau. The official said the US was not considering the step in the next round of sanctions on Russia but added that the measure remained an option on the table.

Daleep Singh, a deputy White House national security adviser, earlier this week said there were “other severe measures we can take that our allies and partners are ready to take in lockstep with us, and that don’t have the same spillover effects”. The EU is locked in discussions over how to approach the issue.

While Baltic countries and Poland are among those which are advocating a hawkish line on the topic, other member states are more wary. Swift has long been considered as an option within the EU’s sanctions package, but it was not seen as a likely part of any early round of measures, and was instead held in reserve for extra deterrence. But the scale of Russia’s invasion of Ukraine has prompted a debate about whether to speed up its use.

Milos Zeman, president of the Czech Republic, on Thursday said he wanted to impose harder EU sanctions on Russia, including ejecting its banks from Swift, arguing it was important to isolate Vladimir Putin, Russia’s president. EU leaders will convene on Thursday evening in Brussels to discuss the bloc’s sanctions package. Removing Russia from Swift would be a heavy blow to its biggest banks and would hamper the country’s ability to trade outside its borders. It would also stymie Russia’s ability to recoup international profits from its oil and gas exports, which account for more than 40 per cent of its revenue.

Swift, a Belgian co-operative, is used by more than 11,000 banks and financial institutions worldwide and handles 42mn messages a day, facilitating trillions of dollars worth of transactions. Russia accounted for 1.5 per cent of transactions in 2020. “Swift is a neutral global co-operative set up and operated for the collective benefit of its community of more than 11,000 institutions in 200 countries,” the group said in a statement.

“Any decision to impose sanctions on countries or individual entities rests solely with the competent government bodies and applicable legislators.” Being cut off from Swift would not prevent Russian banks from carrying out cross-border transactions, but doing so would become more costly and arduous. Foreign dealings would rely on the use of less-efficient communication tools, such as email and telex.
Ukraine Russia SWIFT