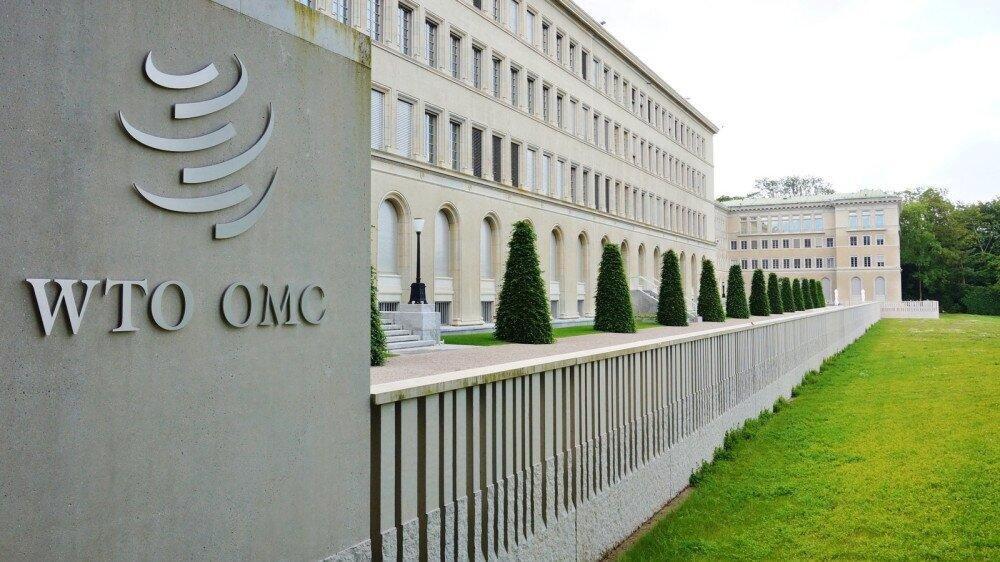 World trade is expected to lose momentum in the second half of 2022 and remain subdued in 2023 as multiple shocks weigh on the global economy. The World Trade Organization (WTO) economists now predict global merchandise trade volumes will grow by 3.5% in 2022—slightly better than the 3.0% forecast in April. For 2023, however, they foresee a 1.0% increase—down sharply from the previous estimate of 3.4%.

Import demand is expected to soften as growth slows in major economies for different reasons. In Europe, high energy prices stemming from the Russia-Ukraine war will squeeze household spending and raise manufacturing costs. In the United States, monetary policy tightening will hit interest-sensitive spending in areas such as housing, motor vehicles and fixed investment. China continues to grapple with COVID-19 outbreaks and production disruptions paired with weak external demand. Finally, growing import bills for fuels, food and fertilizers could lead to food insecurity and debt distress in developing countries.

"Policymakers are confronted with unenviable choices as they try to find an optimal balance among tackling inflation, maintaining full employment, and advancing important policy goals such as transitioning to clean energy. Trade is a vital tool for enhancing the global supply of goods and services, as well as for lowering the cost of getting to net-zero carbon emissions," Director-General Ngozi Okonjo-Iweala said.

"While trade restrictions may be a tempting response to the supply vulnerabilities that have been exposed by the shocks of the past two years, a retrenchment of global supply chains would only deepen inflationary pressures, leading to slower economic growth and reduced living standards over time. What we need is a deeper, more diversified and less concentrated base for producing goods and services. In addition to boosting economic growth, this would contribute to supply resilience and long-term price stability by mitigating exposure to extreme weather events and other localized disruptions. The success of the WTO's 12th Ministerial Conference (MC12) in June is proof that with sufficient political will, members can cooperate and move forward together."

The new WTO forecast estimates world GDP at market exchange rates will grow by 2.8% in 2022 and 2.3% in 2023 — the latter is 1.0 percentage points lower than what was previously projected.

In their April forecast, released only weeks after the start of the war in Ukraine, WTO economists had to rely on simulations to generate reasonable growth assumptions, in the absence of hard data about the war's impact. As events have unfolded, the WTO's GDP projections for 2022 turned out to be broadly correct. The estimates for 2023, however, now appear overly optimistic, as energy prices have skyrocketed, inflation has become more broad-based, and the war shows no sign of letting up.

If the current forecast is realized, trade growth will slow sharply but remain positive in 2023. It should be noted that there is a high degree of uncertainty associated with the forecast due to shifting monetary policy in advanced economies and the unpredictable nature of the Russia-Ukraine war. If current assumptions hold, trade growth in 2022 could end up between 2.0% and 4.9%. If the downside risks materialize, trade growth in 2023 could then be as low as -2.8%. If the surprises are on the upside, however, trade growth next year could be high as 4.6%. Trade could also finish outside of these bounds if any of the underlying assumptions change.

The Ukraine crisis has pushed up prices for primary commodities, particularly fuels, food, and fertilizers. In August, energy prices were up 78% year-on-year, led by natural gas, which was up 250%. The 36% increase in the price of crude oil over the same period was small by comparison but still significant for consumers.

Natural gas prices have diverged strongly across regions, with European prices up 350% year-on-year in August. U.S. prices were up 120% in the same month but remained well below European levels (US$ 8.80 per million Btu compared to US$ 70.00 in Europe). European demand for liquified natural gas (LNG) to supplement reduced supplies from the Russian Federation has also pushed up energy costs in Asia, where the price of LNG was up 87% in August. European gas prices have moderated recently, falling 34% between 31 August and 23 September, but they remain high by historical standards. Oil prices have also receded from recent peaks, possibly indicating weaker global demand rather than an improved supply situation.

Food prices in US dollar terms have also risen sharply due to the fact that the Russian Federation and Ukraine are both major suppliers of grains and fertilizers. This raises food security concerns in many countries, particularly low-income ones that tend to spend a large fraction of household income on food. Many currencies have also fallen against the dollar in recent months, making food and fuels even more expensive in national currency terms.

Global grain prices in August were up 15% year-on-year while wheat alone was up 18%. This marks an improvement over April, when grains had increased 33% and wheat had risen 76%. Potentially more worrying for the future are fertilizer prices, which were up 60% year-on-year in August after nearly tripling since 2020. Reduced fertilizer imports and use could reduce crop yields and increase food insecurity next year.

While the supply situation for grains may not be as dire as some had feared at the start of the Ukraine war, it is still a cause for concern. In July the volume of traded wheat was down nearly 20% compared to March but only 4% year-on-year. Underlying data suggest that some countries have responded to higher prices by reducing consumption and imports. Since March, quantities of imported wheat are down year-on-year in Bolivia (-69%), Jordan (-41%), Zambia (‑38%), Nigeria (-37%), and Ecuador (‑30%), among others.

The CIS region suffered a strong 10.4% quarter-on quarter export decline in Q2 of 2022 as sanctions against the Russian Federation started to bite. Exports from South America, Africa and especially the Middle East beat expectations in the first half of the year, helping to make up for reduced shipments from the CIS region. Exports from North America, Europe and Asia in the first half of the year were broadly in line with expectations.

On the import side, the CIS region plunged 21.7% during the second quarter of 2022, probably as a result of the Russian Federation's exclusion from the SWIFT payments system. Imports by other resource rich regions (South America, Africa and the Middle East) came in stronger than expected, as higher commodity prices inflated export revenues, allowing countries in these regions to import more. North America and Europe recorded stronger than expected import growth in the first half of 2022 but Asian imports stagnated, registering year-on-year growth of just 0.7% in the first half.

Middle East and Africa should see small declines in exports next year, but imports will remain strong, each set to grow by 5.7%. The CIS region is expected to post a large growth rate for imports next year, over 9%, but if this happens it will be mostly due to the reduced base for 2022. Other regions can expect modest growth in both exports and imports in 2023.

Risks to the forecast are numerous and inter-related. Major central banks are already raising interest rates in a bid to tame inflation but overshooting on tightening could trigger recessions in some countries, which would weigh on imports. Alternatively, central banks might not do enough to bring inflation down, possibly necessitating stronger interventions in the future. High interest rates in advanced economies could trigger capital flight from emerging economies, unsettling global financial flows. Escalation of the Russia-Ukraine war could also undermine business and consumer confidence and destabilize the global economy. An underappreciated risk would be the decoupling of major economies from global supply chains. This would exacerbate supply shortages in the near term and reduce productivity over the longer term, WTO concludes.