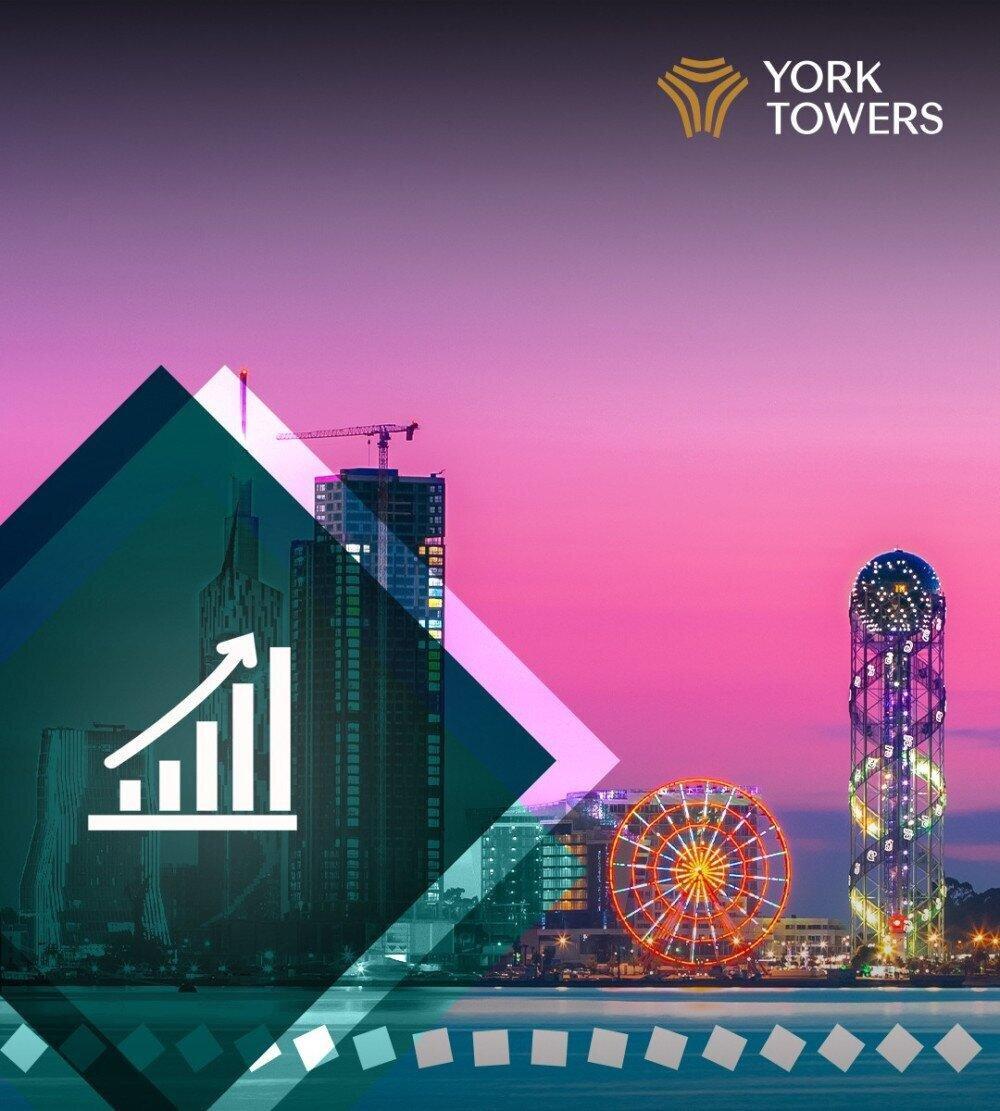 Back
To gauge perspectives of Batumi developers on the effects of COVID-19, the present situation and the planned recovery measures, York Towers has conducted an in-depth market study and a set of interviews with representatives of the largest companies on the market, while planning the launch of its flagship project in the City.
According to the York Towers analytical team, residential property sales in Batumi increased significantly between 2017 and 2019. Amid the pandemic, the year 2020 saw a steep decline in apartment sales in the coastal resort, owing not only to a decline in consumer confidence and declining income in general, but also to a badly hit tourist industry, one of the market's primary drivers. In 2020, the Batumi residential real estate market saw up to 7,500 transactions with an area of approximately 416 thousand square meters, a decrease of 40% and 38% year on year, respectively.

As of 2021, in contrast to Tbilisi, Batumi market took a while to recover to the pre-pandemic levels, owing to the sector's historical reliance on foreign purchasers. A survey of Batumi's large-scale residential real estate developers indicates a fall in the proportion of sales attributable to foreigners. Foreign buyers accounted for 76% of sales in 2020-21, down from 86% in 2019. It should be emphasized, however, that despite the pandemic, non-resident interest remained partially intact, albeit at a reduced level, implying a rather speedy rebound once signs of tourism recovery became visible.

"We have always believed in the stability of the Batumi market, which is why we decided to launch our flagship project and spent the all of the lockdown period planning for it. And as we see today, our optimistic forecasts have begun to materialize: in the first half (H1) of 2021, 5,139 transactions were reported in Batumi, up 64% over the same time in 2020.

York Towers Analytics forecasts that the number of residential property transactions in Batumi will reach the level seen in 2019 by 2022, in accordance with a gradual recovery of tourism and a resurgence of foreign interest. Reduced interest rates on USD deposits in Georgia and around the region will also contribute to normalize investment demand.
Another essential factor is population immunization; at the time, Batumi has the highest vaccination rate in the country, with over 60% of its citizens having been vaccinated twice.

“Considering the signs of recovery, already discussed, I just think we’re going to get a tsunami of foreigners coming to the market. I told my team, ‘brace yourselves,’” says Mr. Al Abwaz.
Batumi York Towers residential market Hospitality Markets