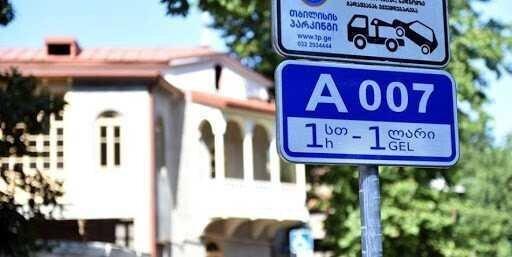 Back
According to Tbilisi Mayor Kakha Kaladze, after the completion of the zone-hour parking system in the Vake district, the system will be launched on Vazha-Pshavela, Kazbegi Avenue, and the surrounding streets.
He said this at the government meeting. Kakha Kaladze did not name the exact time of launching the new parking system in this area and noted that he would provide detailed information to the population at the next government sessions.
"The next area where zonal parking will be launched will be Vazha-Pshavela and Alexander Kazbegi avenues. The rules will be the same. Locals must register to have their car park free. The first 15 minutes are free for other guests, and then the cost will be included.
Parking is free for persons with disabilities, Category A taxi drivers, and electric vehicles, to generally encourage electric vehicles in the city.
This process will start in the Saburtalo district, specifically in these places, after the municipal pavilions in the Vake district are removed. You will be provided with additional information at the next government sessions and will tell you the exact dates when the zonal hourly parking on Vazha-Pshavela and Kazbegi avenues will be launched. Booths will be placed before that after we complete the implementation of this project in Vake district," said Kakha Kaladze.
The mayor of Tbilisi called on the people of Vake to register as soon as possible to enjoy free parking, for which they will be able to receive the necessary information and services at the information booths located in Vake.
Tbilisi City Hall Kakha Kaladze Parking system

How much will Georgia pay for Moderna and Pfizer vaccines?