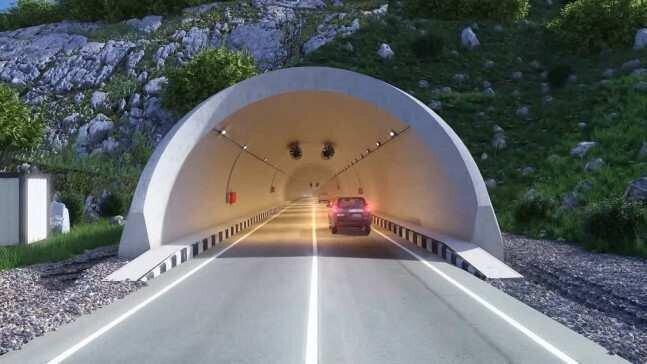 The Asian Development Bank (ADB) has approved a $278 million loan (in euro equivalent) to construct and rehabilitate about 30 kilometers (km) of main and secondary roads between the towns of Shorapani and Argveta on Georgia’s East–West Highway, one of the country’s main trade and transport networks.

The East–West Highway, which is part of Corridor 2 of the Central Asia Regional Economic Cooperation (CAREC) Program, is a lifeline for Georgia’s economy. It represents 30% of the country’s international road network carrying more than 60% of national foreign trade and serving over 13,000 vehicles daily. The road network is integral to Georgia’s objective of becoming a regional transport and logistics hub for trade and commerce between Europe, Central Asia, and East Asia, and a popular tourism destination.

“A reliable road network is essential to make sure that Georgia benefits economically from its unique location at the crossroads of transit routes linking Europe and Asia,” said ADB Senior Transport Specialist for Central and West Asia Ms. Valerie Lisack. “This project supports the government’s ongoing commitment to improve its infrastructure, particularly roads and highways, to fast track the country’s development.”

The Government of Georgia has made road improvement a priority in its 2018–2021 action plan, allocating about 72% of the total budget for the country’s infrastructure development. Upgrading core regional roads is critical for international economic integration and delivers benefits to rural areas. Road safety is also a priority. Last year, Georgia’s road fatality rate of 12.3 deaths per 100,000 people far exceeded rates in developed countries.

ADB’s East–West Highway (Shorapani–Argveta Section) Improvement Project will help construct 14.7 km of access-controlled, dual two-lane carriageway—partly on a new alignment—between Shorapani and Argveta. This will make it easier for vehicles to traverse the mountainous terrain, ravines, and river crossings in the area. It will also rehabilitate about 15 km of secondary roads connected to the East–West Highway network, and build a rest stop with separate facilities for women, and features intended for the ease of use of older people, children, and people with disabilities. Roadside stalls will be built, 50% of which will be leased to businesses run by women.

To increase road safety along the East–West Highway, the project will incorporate safety features into the design and conduct a road safety awareness campaign for roadside villages and schools. To prevent damage to the road networks from overloaded or overweight trucks and other vehicles, 38 portable scales and one weigh-in-motion site will be implemented. The project is expected to be completed by the end of 2025.
ADB has supported Georgia since 2007 and is one of the country’s largest multilateral development partners. Sovereign and nonsovereign loans to Georgia to date total about $2.8 billion.

ADB is committed to achieving a prosperous, inclusive, resilient, and sustainable Asia and the Pacific, while sustaining its efforts to eradicate extreme poverty. In 2018, it made commitments of new loans and grants amounting to $21.6 billion. Established in 1966, it is owned by 68 members—49 from the region.