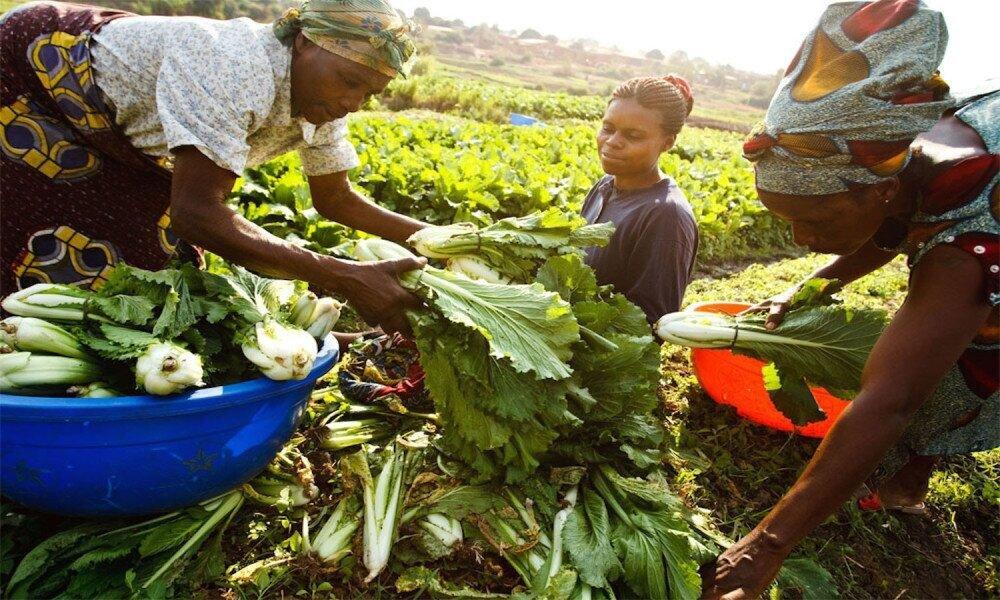 The world could face a Food crisis after the current energy & inflation crisis and Africa might provide the solution.
According to the World Bank, 44 million people around the globe have been pushed into extreme poverty since last June because of rising food prices.

Global food prices hit a record high this year, according to the United Nations' Food and Agriculture Organization (FAO). They are expected to continue to rise in the months ahead.

The United Nations Food and Agricultural Organization reported that world food prices hit a record high this year, driven by large increases in the prices of wheat, corn, sugar and oils. And prices are expected to keep rising in the coming months. That's bad news for consumers and governments around the world.

The world is experiencing a price shock in terms of agricultural raw materials.

Out of the world’s 195 countries, 54 countries are in Africa and these offers plenty arable land for agriculture and agribusiness. It took the unfortunate war in the Ukraine to draw the world’s attention to the dawning global food crisis. something even more fundamental to survival than oil: Food. Africa has 60% arable land. The arable lands of the Democratic Republic of Congo are capable of feeding all of Africa. And all of Africa's arable land is a cord to feed the whole world.

As the unfortunate proxy war in Ukraine (special military operation) drags on and Taiwan (republic of China) increasingly becomes a geopolitical hot spot, the world focuses on the energy & inflation crisis.

The global food crisis is still overlooked and underestimated but has shown to cause misery and instability in some countries. Sri Lanka was a warning sign. Sri Lanka food inflation at 70% caused havoc and a once prosperous country to go into turmoil.

According to FAO, UN food & Agriculture Organization, the average minimum daily energy requirement is about 1,800 calories per person, and to feed the world population under current conditions, we will need 110 percent more cereals, 135 percent more meat, and 140 percent more soybeans. That is more than doubling the current available arable land.

In Africa, half of the population works in agriculture, yet only one country has met its commitments to investing in the sector. As a result, almost a third of African children are chronically undernourished, which means they aren’t getting enough calories or nutrients for their brains and bodies to develop as they should.

Given that COVID-19 has plunged as many as 31 million people into extreme poverty and many nations are facing a daunting climb toward economic recovery, agriculture’s role as a proven path out of poverty is more important than ever. But unfortunately, this path is critically threatened by the accelerating impacts of climate change on agriculture.

Smallholder farmers are inherently experts at risk management and have become accustomed to managing changes over time. rising temperatures, shifting weather patterns, and the more extreme weather events accompanying climate change are transforming conditions faster than many smallholder farmers can possibly keep up with.

According to bill Gates foundation, more than half of sub-Saharan Africa’s employment and up to 30% of its gross domestic product depends on agriculture. But by 2050, the areas currently providing 70% of the value of crop production there will be victim to severe or extreme aridity and heat stress. Simply put, the agricultural platform that millions around the world rely on to feed their families and escape poverty is on fire.

African leaders have already made adaptation a centrepiece of a pandemic recovery strategy through the Africa Adaptation Acceleration Program, which is working to mobilize US$25 billion over the next five years, including new support for small-scale crop and livestock production farmers. This is a great step forward, but more is needed.

The united Nation’s Agriculture Innovation Mission for Climate (AIM for Climate), which seeks to increase investment in climate-smart agriculture and innovation, is an important initiative.

In the last few years more people around the world and even outside the banking sector became familiar with the abbreviation of KYC for know your client. Going forward to prevent a global food crisis the world in general and investors in general should support and take an interest in KYF (know your farmer, and how they help us prevent both a climate and food crisis. Food systems value chains should be re considered and ensured to work for smaller scale farmers.