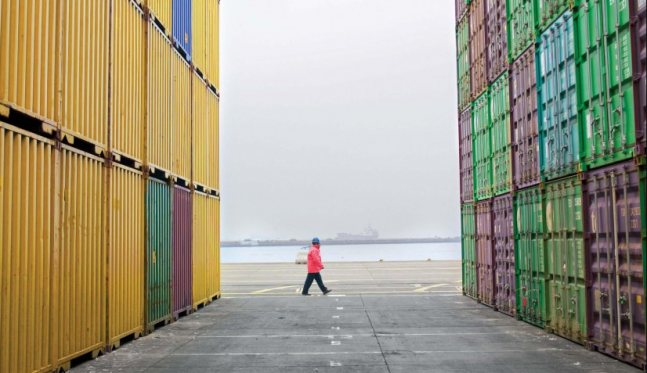 “Redevelopment of the obsolete Port of Poti, or building an unsuitable greenfield project on the north side of Poti Bay, will cause Georgia to fail in its desire to strengthen its economy and become an economic powerhouse in the Caucasus region, and dash hopes that Georgia can be the gateway for trade between Asia and Europe.

The Government of Georgia has recently been making assertions that it is more interested in the development of a Deep Sea Port at Poti instead of Anaklia, which it had originally selected following an exhaustive review, which included the analysis of expert independent consultants back in 2014. Most recently, APM Terminals (APMT), which operates the Port of Poti, announced that it had received a first-stage land use permit from the Ministry of Economy and Sustainable Development.

The Government’s interest in Poti is troubling, and suggests its motives go beyond simply desiring to strengthen Georgia’s economy and create jobs. Additionally, the Government’s actions are confusing. Just last May (2019) the Government issued the same first-stage land use permit to APMT, only to then revoke it. Furthermore, the Government has indicated an intention to issue a new tender for the Port of Anaklia. Investors and lenders are bound to be confused by the Government’s inconsistencies.

However, the pursuit of a port in Poti will end up a failure for the Georgian economy, for many reasons. The following analysis will remind the public of the reasons why a Deep Water Port is so important to Georgia and its economy, why the Port of Poti is not an acceptable solution, and why Anaklia remains the best location for a world-class deep water port that will enable Georgia to realize its ambition to be a leading regional economy.

Why a Deep Sea Port?

The decision to develop Anaklia was taken in 2013 after the Government hired a consortium of Japanese consultants -- PADECO and Orient Consultants -- to compare and contrast the options in Georgia for a deep sea port. Anaklia was chosen because it held a number of advantages including the geo-technical conditions of the site, its financial feasibility and most importantly, the significant economic, social and geopolitical impact the project would have both on the Abkhazia region and the wider country.

The report submitted by the Japanese consultants explicitly defined the significant opportunities for the Georgian maritime sector in terms of the container traffic and essential need to build the new deep-sea port in Georgia to utilize these opportunities. In addition, the report has clearly outlined that the existing ports in Georgia (including Poti) are limited in their capacities and hinterland connections, and any expansion would have only short-term impact for the national maritime sector. The consultants advised the Government of Georgia to consider the development of the greenfield and large-scale deep sea port at Anaklia to ensure long term advantages for the country and phased capacity developments to serve Georgia’s needs in long-term perspective.

Poti is not an adequate substitute", the statemnet reads.