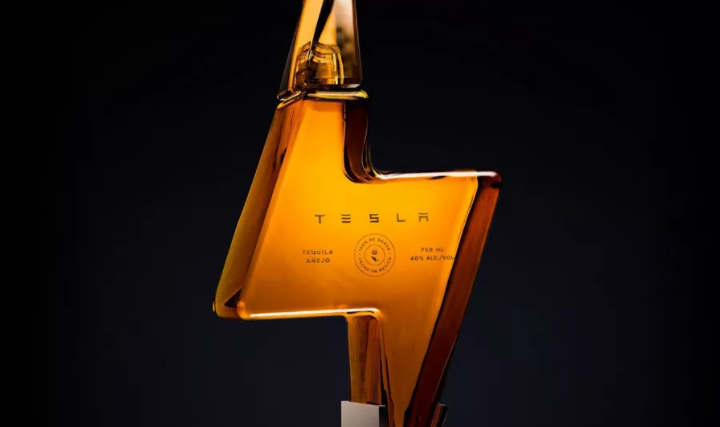 When it first appeared, Tesla’s tequila was an April Fools’ joke on Elon Musk’s Twitter account. It was also called “Teslaquila.” But that name, ultimately, wouldn’t make it to the final product — which was very, very real, - The Verge reprots.

See, “Teslaquila” isn’t possible due to tequila industry regulations. The word “tequila” is a designation of origin; it means the rights of using this word belong only to the tequila agribusiness. That also means no one can register the word as their property.

BECAUSE “TESLAQUILA” EVOKES THE WORD TEQUILA, IT CANNOT BE REGISTERED AS A BRAND

The problem with the branding is “Teslaquila’’ is too similar to the word tequila, according to the Tequila Regulatory Council (CRT), the entity responsible for regulating and authorizing all of the processes related to the manufacture, consumption, and trade of tequila. Martín Muñoz, head of the certification body at the CRT, said “Teslaquila” may cause confusion or misunderstanding as to the origin of the product, and the Mexican industrial property law denied the trademark. Basically, because “Teslaquila” evokes the word tequila, it cannot be registered as a brand.

In May 2018, a legal representative attempted to register the brand Teslaquila in Mexico, the only country where tequila is made. In February 2019, the CRT filed its objection to the brand; in March 2019, the Mexican Institute of Industrial Property said “Teslaquila” can’t be registered because it was too close to the designation of origin tequila. In a July 16th response, Musk’s team challenged this, saying “Teslaquila” was a natural variant from Tesla and the suffix “-quila.” On January 16th, the final ruling came down: the Mexican Institute of Industrial Property declared it could not register the brand.

Though the CRT rejected “Teslaquila,” that wasn’t the end of the line — just the end of that name. Ultimately, the product was called “Tesla Tequila.” When asked about how this affected the company’s plans and timeline, Javier Verdura, product design director at Tesla, declined to comment.

THEN THERE WAS ONE HURDLE THAT WASN’T REGULATORY

Registration is the first step a company must take to establish a brand. It’s the same process followed by the 164 companies that sell more than 1,800 brands of tequila.

Last February, according to Muñoz, Tesla abandoned “Teslaquila” and moved forward, instead, with Tesla Tequila. Tesla Tequila is registered both in Mexico and the United States. In Mexico, it is associated with Destiladora del Valle de Tequila, in Tequila, Jalisco, one of several states where tequila can be made.

Then there was one hurdle that wasn’t regulatory: the lightning bolt-shaped glass bottle Tesla Tequila comes in. The design was inspired by the icon of Tesla’s GPS maps that shows the location of charging stations. “Several providers told us the glass bottles were impossible to mass-produce,” said Verdura.

Verdura also said that making the tequila public at this moment had little to do with external factors like the pandemic (and the fact that tequila consumption is going up this year) but with the unique bottle design.

On November 5th, the lightning-shaped bottle was launched at $250; it sold out the same day. “There was no doubt this was going to be the result,” Verdura said. The product was produced by Nosotros Tequila, a California-based brand. Tesla decided to go with it because it “tasted several tequilas and their tequila was the best one.”

And in case you’re wondering, the CRT is pretty happy, too. “Today the tequila industry has someone as important as Elon Musk representing it,” Muñoz said. “This is, without a doubt, a benefit to all the tequila producers because he is giving his image as an important businessman and he is showing he wants to comply with the rules of this industry. We welcome Elon Musk and the Tesla tequila brand.”