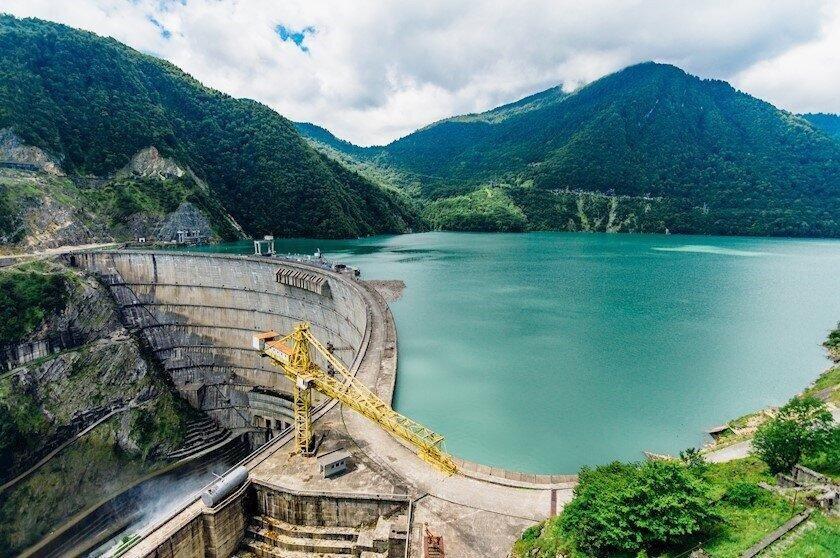 With GEL 100, 000 the first tourist route was opened at the Enguri HPP dam last November, according to Nikoloz Antidze, Director of Enguri Attraction LLC.

The other day, Antidze hosted the President of Georgia at the dam, where he said that 20,000 people have already visited Enguri HPP dam since May, but it needs to be promoted as a tourist destination.

“The duration of the Enguri dam tourist route is two hours, and visitors have the opportunity to see the dam bridge, the tunnel, the reservoir shield section and other interesting places. The visit of the President of Georgia is very important, it once again popularizes the dam as an industrial heritage.

It is also important that on site people are visiting not only the dam and its surroundings, but also important places of Enguri HPP, such as, for example, the aqueduct, one of the largest concrete bridges through which water is distributed to underground hydroelectric power station.

This structure is really unique, has amplitude, deflection as the water rises and falls. A lot of engineering value has been invested in this building, which once again emphasizes that the Georgian engineers who designed it at that time did everything on the basis of fundamental science,” says Antidze.

To recap, the project Enguri Arch Dam a World-class Attraction is currently being implemented by the Energy Development Fund and its subsidiary Enguri Attraction.