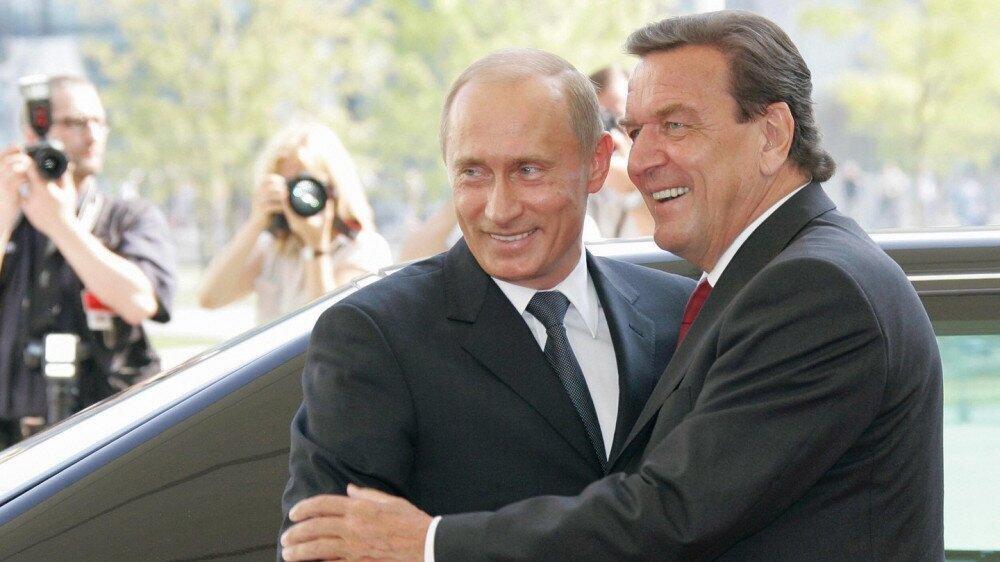 The European Parliament is urging sanctions against former German chancellor Gerhard Schröder because of his business and political ties to Russia.

The EU legislature passed a resolution on Thursday that said sanctions following the invasion of Ukraine should be extended "to the European members of the boards of major Russian companies and to politicians who continue to receive Russian money."

Schröder, who headed the German government from 1998 to 2005, now works for the pipeline company Nord Stream and Russia's Gazprom, and has been under fire for these ties.

The EU parliament's call for sanctions follows a decision by Berlin to cut back Schröder's special rights as an ex-chancellor.

Germany's coalition government of Schröder's party, the center-left Social Democrats (SPD), Greens, and neoliberal Free Democrats (FDP) on Wednesday put forward a proposal to strip him of his state-funded office and staff. These are part of the privileges allowing former chancellors to continue political work. "The budgetary committee observes that former Chancellor Schröder no longer carries out any duties that result from his former office," the proposal read.

Finance Minister Christian Lindner from the FDP told Welt-TV that it was unthinkable that a former chancellor who is now "openly doing lobby work for the criminal rule of Vladimir Putin is still given an office by taxpayers."

However, most of Schröder's office staff has long resigned or been transferred to other posts in parliamentary business. Even his longtime office manager and speechwriter, Albrecht Funk, who worked with Schröder for two decades, turned his back on him in March.

Schröder's critics say he has not done enough to distance himself from his Russian business ties and President Vladimir Putin, whom Schröder still calls a close personal friend. As chancellor, Schröder worked hard to build Germany's economic ties with Russia via the "change through trade" policy.

In 2005, after losing a general election, he joined the pipeline company Nord Stream. He is still chairman of the shareholders' committee there. He is also chairman of the supervisory board of the Russian state energy giant Rosneft and is still listed in the relevant commercial register as chairman of the board of Nord Stream 2 AG. According to media estimates, the former chancellor earns around one million euros from his posts in the Russian energy industry.

Schröder has always maintained that his ties with Putin are a valuable channel of communication with the leader of Russia. However, a visit in March to Moscow failed to change Putin's course of action in Ukraine. He has since offered to try to use his contacts to broker some form of negotiations once more.

The Social Democrats have been trying for months to get Gerhard Schröder to give up his posts. Without success. The former chancellor has long held the opinion that he lives his life as he pleases and that, incidentally, is nobody's business. But SPD co-chairman Lars Klingbeil begs to differ: "You don't do business with an aggressor, with a warmonger like Putin. As a retired German chancellor, you never act completely privately. Especially not in a situation like the current one," he wrote on social media shortly after the Russian invasion of Ukraine at the end of February.

Schröder did not react then, and that's how he keeps it to this day. In the meantime, there are more than a dozen applications for party expulsion in the SPD. But the procedure is complicated and could drag on. Party leaders would prefer Schröder to leave the SPD of his own accord and have called on him to resign.

The former German chancellor has also lost sympathy with the German public. He is no longer an honorary citizen of his hometown of Hanover, friends and former political companions have turned their backs, and the former chancellor is increasingly isolated.

When he vacationed on the North Sea island of Norderney with his fifth wife So-yeon Schröder-Kim at the beginning of May, a local innkeeper immediately banned him from the premises and instructed the staff of his three brewery pubs to deny Schröder entry. "This brewery deserves a medal for this courageous and important action!" commented one user on the innkeeper's Facebook page.

In an interview with the New York Times, Schröder explicitly defended Putin against accusations about the massacre of civilians in the Kyiv suburb of Bucha. Schröder claimed that the orders had not come from Putin himself, but rather from military commanders on the ground. The former chancellor seemed unaware that Putin personally awarded medals to the soldiers who were on duty in Bucha.

Meanwhile, the media are also speculating about the former chancellor's alcohol consumption, after the New York Times article said Schröder had consumed copious amounts of white wine in the interview while sneering at his critics.

"Schröder's position on Putin's war is characterized by false solidarity and weakness," Saxony's former Justice Minister Christian Pfeiffer told the RND media network in May. Pfeiffer is a longtime party friend of the ex-chancellor and sees Schröder's statements as indications of a personality change that worries him: "The man we're witnessing now is no longer the Gerhard Schröder we know from his time as chancellor."