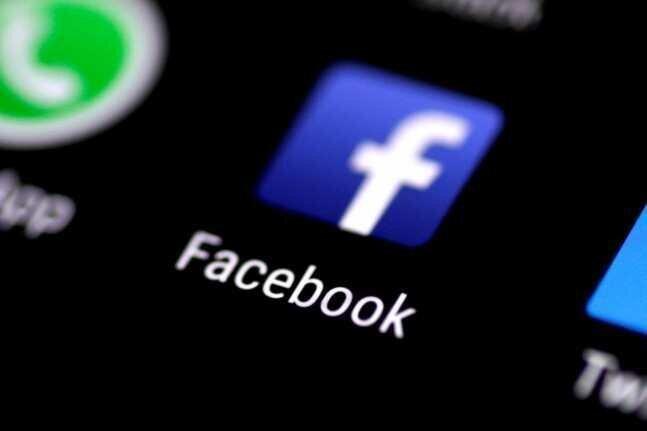 Facebook is now simply too big to leave – its centrality to the modern world and our daily lives is now so entrenched that we no longer have the ability to #DeleteFacebook even if we wanted. Much of its growth has been built upon the steady erosion of societal norms around privacy, encouraging us to share ever more of our lives with ever more of the world. The company’s record profits and continued growth in the aftermath of last year’s never-ending stream of privacy scandals and security breaches suggests that it has been extraordinarily successful in this regard. Do we simply no longer care about our privacy and safety online?

One of the most existential questions of the modern world is why we as a society have accepted the steady erosion of our digital rights and the loss of the concept of privacy.

Today those who chose not to broadcast their every thought to the world on social media are seen as obsolete has-beens that refuse to enter the digital era.

Those who chose to share their thoughts and imagery only with friends and family are seen as comically paranoid and out of touch with the modern world.

How did we get here?

It is hard to imagine that it was just 13 years ago that we still valued our privacy. In fact, believe it or not, the introduction of Facebook’s News Feed generated a powerful backlash. Zuckerberg himself was forced to respond to the roiling controversy with “Calm down. Breathe. We hear you.”

The idea that our friends no longer had to venture over to our profile to see our latest updates, but instead could essentially immerse themselves in a firehose of updates from all their connections at once was amazingly viewed as something profoundly disturbing back then. We accepted the idea of essentially maintaining our own miniature website through our Facebook profile, but we still viewed that as affording some measure of privacy because our friends had to make the effort to visit our profile to see what we were up to. Only our closest friends would regularly check our profiles, so the thinking went, so we essentially enjoyed “privacy through obscurity.”

News Feed upended all of this, making it possible for us to see all of the updates from all of our friends in one single place. Now even our most remote acquaintances that long ago forgot we were friends would see every detail of our lives. They could always access those posts, but the idea of our posts being pushed to our friends instead of a manual pull mentality fundamentally changed that privacy equation.

Zuckerberg explained back then that “we agree, stalking isn’t cool; but being able to know what’s going on in your friends’ lives is … This is information people used to dig for on a daily basis, nicely reorganized and summarized so people can learn about the people they care about … Maybe if your friends are all going to a party, you want to know so you can go too.”

Zuckerberg’s excitement that News Feed could help us invite ourselves to parties we didn’t even know were happening is a perfect summary of the transformative impact this change had on our privacy.

Posting something on our profile back then was akin to posting a sign on the front door of our house. Anyone on earth could certainly drive to our house, walk up to our front door and notice there was a sign there announcing the details of our party this evening, but in reality, only those who already knew about the party were likely to arrive on our doorstep to see it.

Instead, News Feed was akin to running our private party invite as a full-page ad in the New York Times. Our model of privacy through obscurity was dead.

Yet, Facebook never backed down in the face of massive protests. More than a million of Facebook’s then-10 million users launched an angry and extremely vocal campaign against the company demanding it to shutter the new feature. Protesters demonstrated outside its office and even camped out in an attempt to force the company to relent.

However, as one of the engineers responsible for News Feed’s creation later put it, “typically in any other company if 10% of your users decide to boycott a product you are obviously going to reverse the changes or do something about it. But Mark was really adamant about his vision about the potential of news feed.”

In many ways Facebook’s forcible rollout of News Feed and its refusal to bow to intense societal pressure involving more than a tenth of its entire user base marked the moment the company’s anti-privacy campaign really came into its own.

The company’s willingness to completely upend our entire concept of privacy with a single massive change to its platform demonstrated that one man’s vision of what was most profitable was all that mattered and that growth was to be prioritized over privacy at all costs.

More importantly, Facebook’s ability to survive such a massive privacy backlash and continue to rapidly grow was a sign to it that while its users might initially balk at having their privacy rolled back, they would eventually relent and accept the new status quo because they had no other choice. There were no viable competitors they could debark to. Even in 2006 Facebook was the only game in town.

Why do we no longer care about privacy? Is it simply because we don’t understand how much Facebook invades our privacy today? There has certainly been enough media coverage about all the dystopian ways Facebook surveils and uses our data without our willing permission or informed consent. If it was a lack of awareness, we might expect to see mass defections each time another Facebook privacy scandal breaks.

Instead, Facebook simply shrugs off each successive scandal without the slightest lasting harm.

Putting this all together, it suggests that the reason Facebook has been so successful is that it has succeeded at the most important innovation of the digital era: conditioning the entire human race to give up its privacy in return for free access to a global communications network. As Facebook has increasingly subsumed and privatized the web itself, its role as vanguard of the anti-privacy movement has transformed the web at large. While Facebook may someday fade away like all technology companies, perhaps its greatest contribution to history has been its success at sweeping away the last traces of privacy from our digital world.