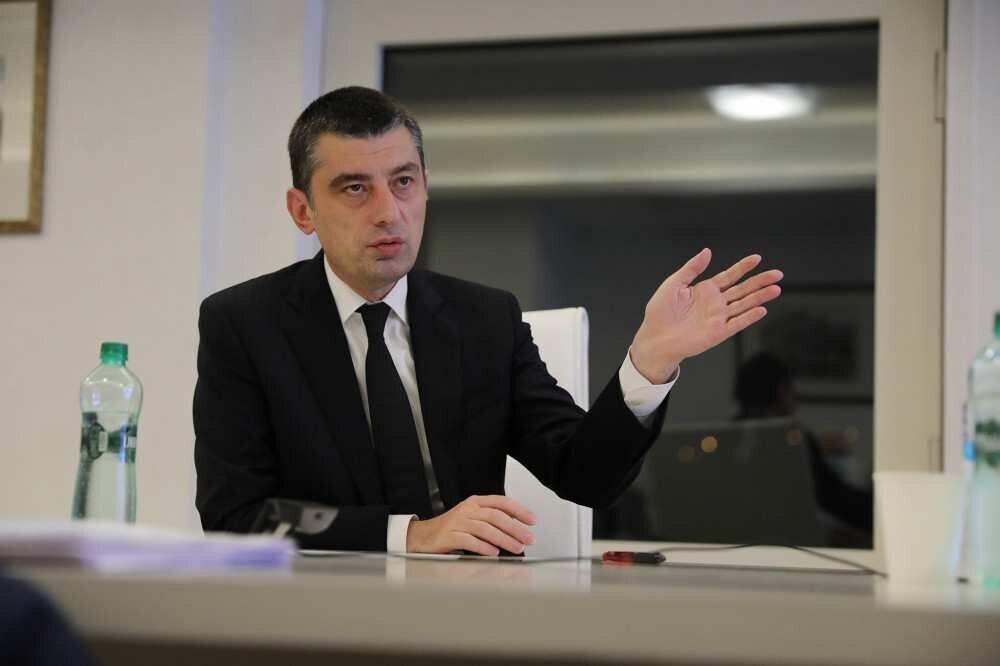 Back
Besides localized restrictions, we must also take into account the psychological, mental condition of our citizens. We believe that we have been in an epidemiological and economic crisis for about a year, Georgian Prime Minister Giorgi Gakharia stated at a briefing following today’s meeting of the Interagency Coordination Council, at the Administration of the Government.

According to him, the population’s mobility and observance of rules will determine how well we make it through January.

“Here is how it works: Quite tough restrictions for a bit over 3 weeks, those effective in reducing mobility, and then a 1-week window through the holiday season. However, I repeat that strict control will be enforced over every facility that reopens and operates in this period. At the same time, we are telling our citizens that a period from December 31 to January 15 is effectively holidays, days off. And that has it purpose in that people will make plans in advance. Since the 15th is Friday, and the weekend follows until the 18th, people will have about 3 weeks to make travel plans in advance. And that is important because, during the week of lifted restrictions—though we will keep some of the key systemic restrictions, such as movement restriction after 10 PM, for one, or restaurants on hold and many others—a low level of mobility will be maintained. However, and I agree, compliance with basic rules will be of vital importance during that week. We all understand what the mobility on New Year’s Eve will be like, but observing basic rules will be of vital importance, determining how well we carry on through January. That is why, after January 3, the restrictions in force in the first half of December will be reintroduced throughout the country, though we will, from December 16 through the end of the month, switch to weekend restrictions,” the Prime Minister emphasized.
Information floating about the restrictions to remain in force until the emergence of a vaccine is nothing but a rumor, Giorgi Gakharia explained and underlined that this is a 2-month plan, from December to February 1.
“These restrictions will remain in force for 2 months. Restaurants will be closed, with only delivery services available, also fitness clubs, swimming pools. The movement restriction after 9 PM will be lifted twice, on New Year’s Eve and the Eve of the Nativity, and weekend restrictions will come into force after January 16. Municipal transport will operate as usual. Life as usual will carry on 5 days a week. We need these weekend restrictions to keep until early February the results we plan to achieve in December and January. I reiterate that we are talking about measures to prevent a further rapid spike in infection numbers, to secure stability somewhere around 3,000, so that later, starting in February, our doctors may get some rest. And I would like to thank them. But we must remember that we, our citizens, the healthcare system, and all of us, will feel the results of these restrictions only 4-5 weeks later. We must understand that it will not happen until mid-January, which is why we must appreciate the importance of these restrictions. These are not systemic restrictions; this is not a lockdown, because manufacturing and everything continues to work. We are talking about just basic, primary services, such as retail trade, restaurants, and fitness. And these are the largest mobility generators. We all remember what happened in Batumi, with infection numbers starting to grow in Georgia in late September, and now we, unfortunately, have thousands. And a political component also added to it all. We all remember how it all started in Batumi, which is why the decision to impose restrictions in Tbilisi and other big cities, and ski resorts with high risks of infection, was made. There is some information about calls to close all ski resorts in Europe,” Giorgi Gakharia said.
giorgi gakharia Government of Georgia Covid19 Restrictions

How much revenue does RMG Gold have?