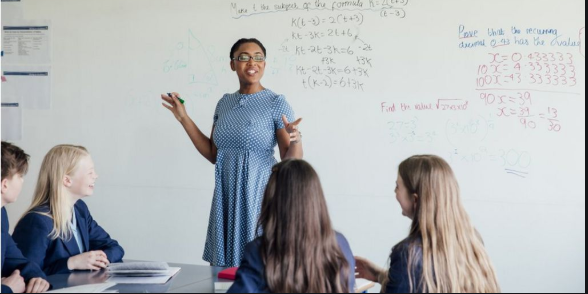 Galt&Taggart published a report on Education Industry in Georgia. According to the report, Georgian education system has oversupply of teachers, despite the number declining to 63.8k, down 20.2%, over 2009-19. This surplus of teachers makes the pupil-teacher ratio low at 9 in Georgia compared to 12 in the EU and 15 in peer3 countries. One of the reasons for this oversupply is the small size of schools operating in the regions of Georgia. But we also see a need for efficiency improvement as teachers in Georgia work fewer hours and teach fewer subjects than in peer countries (25.3 hours per week in Georgia vs 38.8 in the OECD).

Despite the overall surplus of teachers, the shortage is prevalent in specific subjects (e.g. science, mathematics) and locations (rural, mountainous areas). On top of this, quality is a major concern as both private and public educational institutions are struggling to hire qualified personnel.

It is not surprising that this oversupply of teachers makes it the lowest paid job in Georgia and therefore unattractive as a career choice. This poses the risk of labour force shortage in the sector in the long term. The average salary in the education sector was GEL 726 in 1Q20, 40% less than the average worker’s salary in Georgia. Salaries in the sector increased by 45% over 2014-19, in line with average salary growth in Georgia. Importantly, salaries in the private education sector are also low, despite private institutions paying 20-30% higher salaries. Earnings also differ by educational level, and are not surprisingly lowest for teachers in pre-primary institutions and highest in tertiary institutions.

Low salaries make the teaching profession unattractive for Georgian youth. As a result, Georgia has an older teaching workforce than most high-income and emerging countries in the region. The share of teachers over 50 years old rose by 11.5ppts to 48.5% over 2011-18.

To renew the teaching workforce, the government has implemented a teachers’ retirement scheme, paying two years of salary to pension age teachers. As of December 2019, 6,500 of the 12,000 eligible teachers have chosen to retire. Furthermore, 1,900 young practitioners entered the public school system in 2019, positively affecting the age structure (see Figure 21). On top of this, the government plans: (i) to gradually increase teachers’ salaries up to GEL 1,800 by 2023, subject to increased utilization (working hours/subjects per teacher) and professional development; (ii) to introduce a new teacher development scheme, creating faster entry and promotion opportunities for young practitioners.

Teachers supplement their low salaries and few working hours with informal private tutoring, which is a widespread practice in Georgia. Education therefore has the second-highest share of the shadow economy at 17.8% after hotels and restaurants. Meanwhile, pupils use private tutoring to deal with problems of low teaching quality in schools. The planned salary increase will reduce incentives for private tutoring and increase the efficiency of teachers in the academic process. Additionally, the recent creation of formal preparation centers and increasing enrollments in private schools will reduce demand for private tutors and thus the share of shadow education going forward.