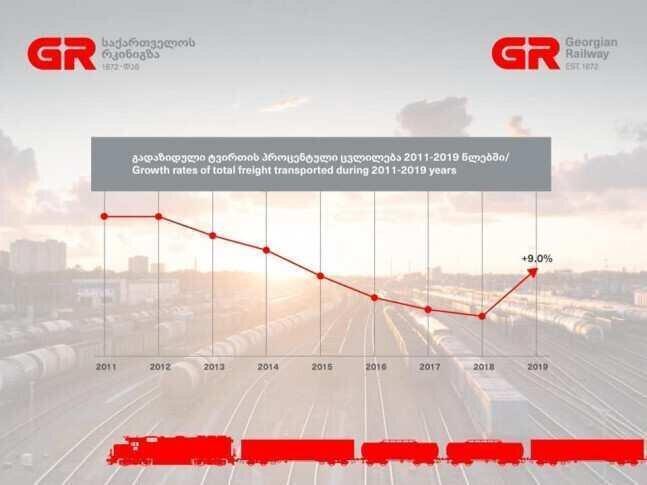 In December 2019, David Peradze, CEO of Railway, talked with Giorgi Isakadze, Editor-in- Chief of Forbes Georgia about the reasons for the increase in freight traffic. In addition, Peradze noted, that additional flows had also an impact on the company's financial performance.

“Georgian Railway had received a revenue of more than 1 million GEL i.e. 501 million GEL. Operating income increased by 15% up to GEL 68 million. I can also add that one is freight and the other is our service - it's more of a social service, which is about transporting passengers. There are also record highs in passenger transportation in 2019. We have transported over 3 million passengers this year through the Georgian Railways. The income from these activities has increased to GEL 31 million", - says David Peradze.