I heard that we have historically high inflation ... Inflation was higher in 2006 and 2010 – Minister 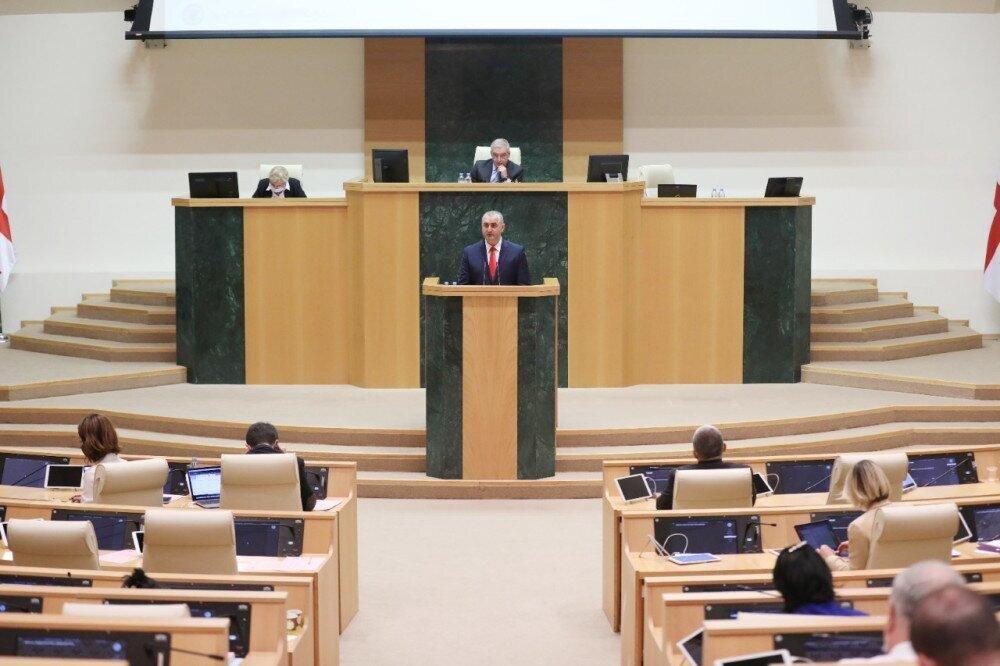 I heard that we have historically high inflation today, which is really a lie. Inflation has been even higher in 2006 and 2010 than today. This does not mean that the current level of inflation is not a problem, it is a problem and that is why the government has started to reduce the budget deficit as soon as possible, "- said the Minister of Finance, Lasha Khutsishvili.

The Minister of Finance also focused in his speech on two main issues: key economic and fiscal parameters and ongoing reforms in the agency.

"Real economic growth in 2021 was 10.6%, which was 2.5 times more than the original projection. In comparison to 2019, the rate of economic growth has increased by 3.1 percent”, - the Minister stated.

According to him, the budget for 2021 was prepared in both epidemiological and economically difficult circumstances, so the year began with a bang: the economy shrank by 11.5 percent in January, and the economy shrank by 4.5 percent in the first quarter, further complicating the prospect of meeting the targets. The situation has altered dramatically, according to the Minister, since March-April last year, when a positive growth rate was noted. Simultaneously, a fast improvement in foreign trade and other economic indices began.

According to the Minister of Finance, in the initial stages of the pandemic, significant efforts were made to support business.

"During this period, our main task was to prevent the pandemic from escalating into a long-term economic crisis and to keep jobs as much as possible. As a result, according to the information declared by the companies in the Revenue Service, the declared number of employees in 2021 has exceeded the 2019 figure by 4.0%”, - Lasha Khutsishvili noted.

The Minister also spoke about the tourism sector and noted that the first blow of the pandemic in the economy was received by the tourism sector, although from the second half of 2021, revenues from tourism already exceed 50 percent of the 2019 level, and in January 2022, it reached 69.3 percent.

According to the Minister, 2021 turned out to be quite impressive in terms of foreign trade as well. Exports in 2021 increased by a total of 26.9 percent, including local exports - by 29.9 percent. Despite the pandemic, the net remittance rate had a growing trend in 2020-2021. In 2021, the growth of net remittances was 24 percent and exceeded 2 billion USD in nominal terms.

Lasha Khutsishvili also dwelt on the restoration of fiscal parameters, tax performance indicators, macroeconomic forecasts for 2022 and fiscal indicators for the current year.

The Minister of Finance dedicated the second part of the report to the reforms of the Ministry and introduced the legislators to the main directions of the reforms: automatic refund of VAT; Public debt management; Reform of state-owned enterprises; Tax relief reform; Increase the efficiency of tax administration; Reform of tax disputes and simplification of customs procedures.

"The reform's execution is linked to the everyday operations of our customs and tax officers, as well as personnel of the Tax Service and the Ministry of Finance, for which I would like to express my gratitude once more. Of course, having the support of Parliament, namely the parliamentary majority, is critical in implementing all legislative advances aimed at promoting and strengthening the country's economy. I'd like to express my gratitude to the Budget and Finance Committee for their excellent cooperation in this regard. I hope that you will support the reforms that are planned for the near future, and that we will be able to actively engage our opponents in the discussion of these reforms”, - the Minister stated.