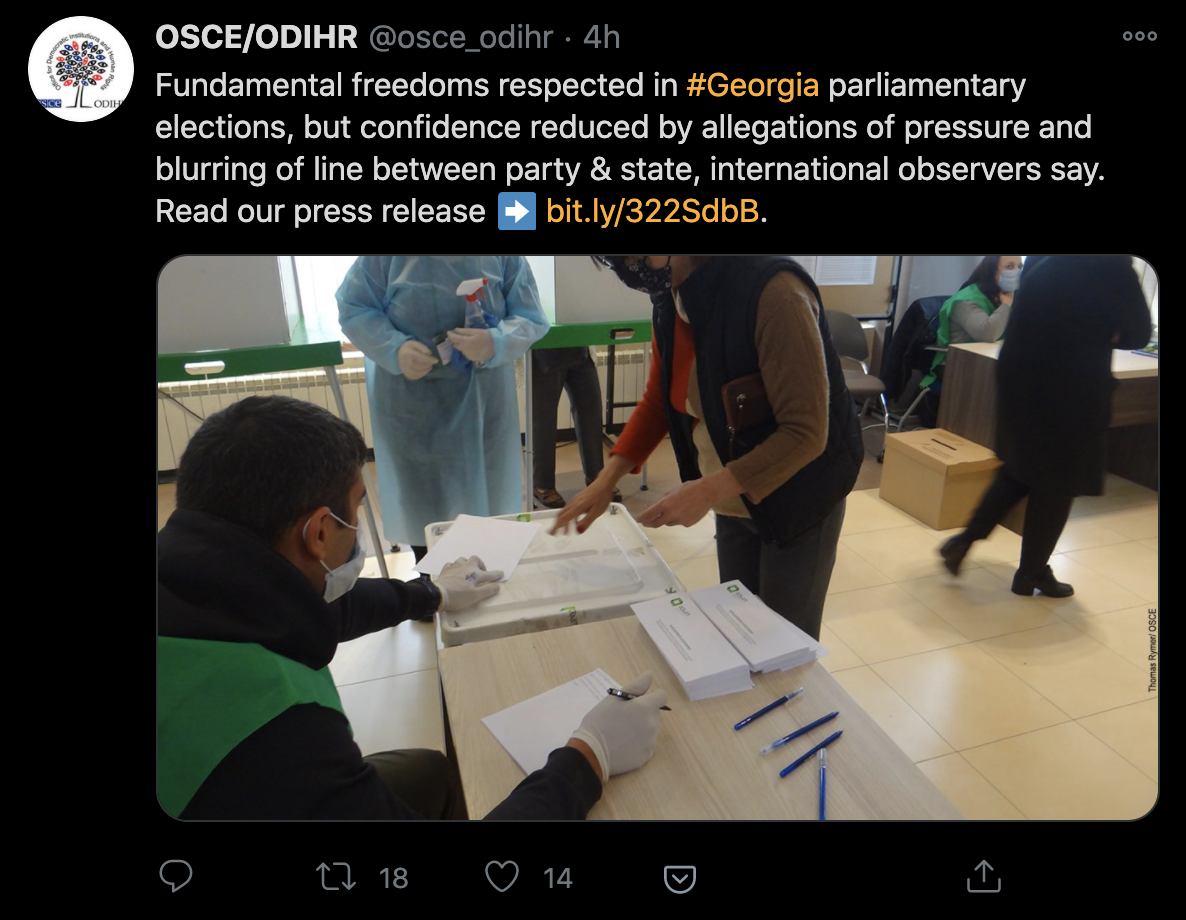 Back
Four international observation missions have issued a preliminary post-election statement today.
While the missions did not question the overall integrity of the October 31 elections, it said that "dominance of the ruling party in the election commissions negatively affected the perception of their impartiality and independence, especially at the lower levels".
The joint statement is the result of a common endeavor involving ODIHR LEOM, OSCE PA, PACE, and the NATO Parliamentary Assembly.
Observers also focused their attention on the alleged pressure on voters, intimidating atmosphere outside polling stations, issues with the campaign financing, unequal distribution of registered voters in the new 30 majoritarian constituencies, and unaddressed ODIHR and CoE recommendations as to the areas of improvement.
PACE OSCEPA NATOPA Elections2020 ODIHR LEOM

The Council Discussed Tightening Of Monitoring Of COVID-Regulations - Tamar Gabunia

PepsiCo to Sell Tropicana, Other Juices, in $3.3B Deal