Ivanishvili Had Problems While Moving The Works Of Art – Lawyer 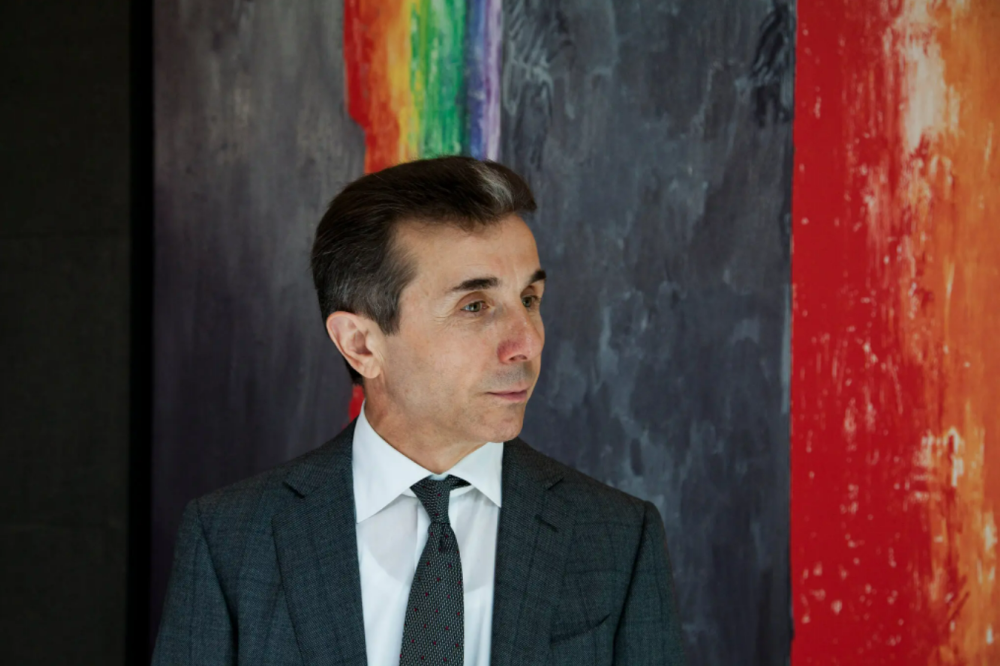 Victor Kipiani, Bidzina Ivanishvili's lawyer and senior partner of the law firm MKD, has released a statement on the dispute against the Credit Suisse banking group. This statement is disseminated by the Public Broadcaster.

According to the statement, Bidzina Ivanishvili had problems with Credit Suisse not only in money transfers, but also in the process of moving works of art. There is talk of delaying the provision of services to Ivanishvili's trust by the bank.

„Until now, we have avoided commenting on the dispute with the Credit Suisse banking group in the Georgian media. We did this deliberately, as any such comment - unintentionally from us and perhaps intentionally from others - might have been misinterpreted. This time, the desire and necessity of our comment was conditioned by the provision of distorted information by the Mtavari TV to the public. Such biased coverage of the facts laid the groundwork for the very broad interpretation we have already mentioned. That is why we considered it necessary to provide some necessary explanations in order to inform the public objectively.

Mr. Ivanishvili's recent global dispute with the above-mentioned banking group has coincided with several other suspicious facts. It is noteworthy that none of them has anything to do with this dispute or with the Credit Suisse.

In particular, from March to mid-April this year, Mr. Ivanishvili encountered some delays in the timely and unimpeded movement of pieces of art from London and New York. These delays - which were relatively easily overcome in New York - were eventually resolved through legal and other channels. In addition, the time coincides with the complication of bringing a new helicopter from Germany to Georgia, purchased by Mr. Ivanishvili in exchange for the old one. It was supposed to be in Tbilisi in early March, but was actually brought in mid-April, although this artificially created problem was legally resolved by Mr Ivanishvili.

Mr. Ivanishvili's position is that all disagreements with Credit Suisse should also be resolved through legal means, and progress in this regard is already noticeable. The success achieved with the banking group at Bermuda is already known to the public; There are also all the conditions for achieving success in the process to be held in Singapore in September this year. However, in parallel with the processes in Singapore and Bermuda, the banking group violated the rights of its important client, which was a new type of violation, namely the banking group refused to perform timely and proper transfers for the client. Moreover, the non-fulfillment of the tasks was not followed by any substantiated explanation, and the recent correspondence from Mr. Ivanishvili's representatives had not been responded for several weeks. The disagreements have not been resolved to date. It was this attitude that made Mr. Ivanishvili file another lawsuit against Credit Suisse, this time under Guernsey's jurisdiction. It is noteworthy that there is no connection between the previous legal proceedings against the Credit Suisse banking group and the delays in the bank transfers mentioned.

As in the case of a work of art or a helicopter, the dispute with the trust shall be settled in a legal manner, using all means prescribed by the relevant legislation. It was the law and legislation that Mr. Ivanishvili's attitude has been directed towards to this day, and will continue to be so in the future. It is clear that this resilience and firmness do no good for the banking group, neither legally nor reputably.

At the same time, in case these issue raised here requires additional assessment and comment beyond the norms of law, Mr. Ivanishvili will do it himself through specially planned press conferences. Until then, there will be a call to stay within the legal norms in any assessment and not to go beyond them.

In addition to the above, I would also like to convey my personal position. I understand well the emotional background associated with such large-scale cases with the participation of Mr. Ivanishvili. Nevertheless, I strongly urge the public to refrain from emotionally evaluating, because emotional reasoning has never benefited. Instead, reasoning using only factual information and balanced information, as well as discussion based on law is the only correct way to judge any issue of broad public interest.

Speaking of priorities, I would like to say the following in a few words: our country has faced a very difficult time, as well as a crossroads of very difficult geopolitical processes. There are a number of challenges that pose a real threat to the stable and predictable development of the country. I often have to speak publicly about all this, this time in a different role. It is a personal assessment that maximum is being done under the current government to create a safe and stable development environment for the country, to overcome the existing challenges. At the same time, as for any question to Mr. Ivanishvili about his personal position on the development of our country - this position is related to the interests of the development of Georgia and its society. My constant communication with Mr. Ivanishvili as a result of my advocacy work gives me full grounds to state that even the slightest doubt about his position and attitude towards the national interests of our country is absolutely groundless," the statement reads.