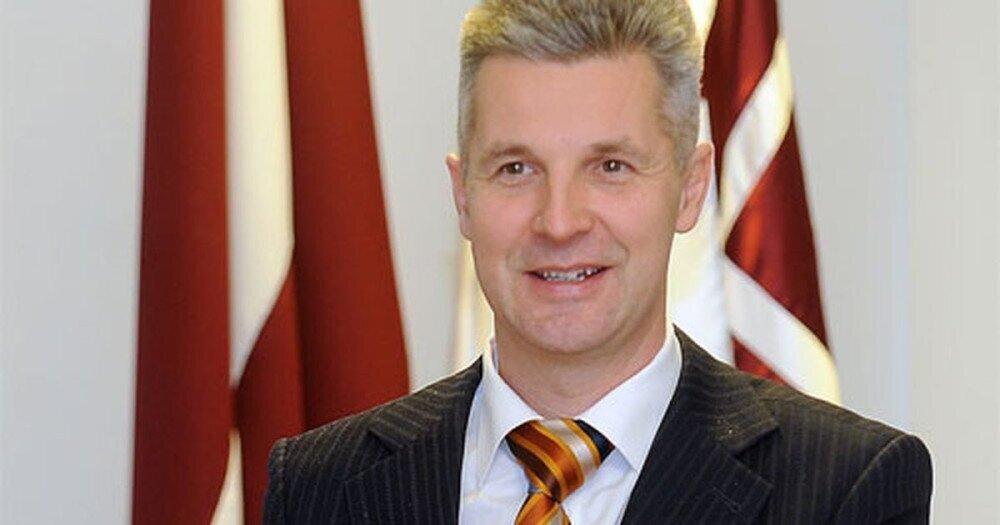 Latvia's defense minister on Friday criticized Germany for its "immoral and hypocritical" relations with Russia and China.

In an interview with daily Financial Times, Artis Pabriks said Germany had an "immoral inability to allow howitzer guns once stationed in Germany to be shipped from Estonia to Ukraine to help its defense against a possible invasion", AA (Anadolu Agency) reports.

“It’s immoral and hypocritical. It’s driving a division line between west and east in Europe,” he said.

Russia recently amassed tens of thousands of troops near Ukraine’s eastern border, prompting fears that Kremlin could be planning another military offensive against its ex-Soviet neighbor.

The Ukrainian government has repeatedly asked for stronger support from Germany to strengthen the country’s defense capabilities, but Berlin has turned down these requests, arguing that it could escalate military tensions and undermine ongoing diplomatic efforts.

Germany also remained reluctant to block the controversial Nord Stream 2 gas pipeline, although the US administration and NATO’s eastern members called on Berlin to take a harsher stance.

Under pressure, German Chancellor Olaf Scholz said last week that everything will be up for discussion, including the Nord Stream 2 gas pipeline, if Russia takes further aggressive action against Ukraine.

The EU’s biggest economy is heavily dependent on Russian gas and oil, and the country’s plan to phase out nuclear power has further increased its dependence. Germany imports nearly 55% of its gas and about 42% of its oil from Russia.