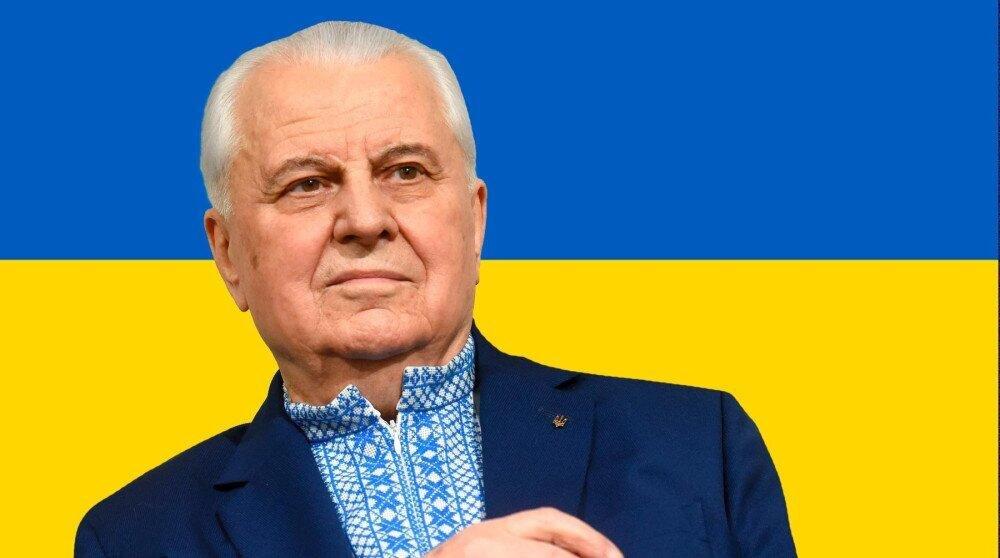 Leonid Kravchuk, a key figure in ushering in the largely peaceful dissolution of the Soviet Union three decades ago and the first president of independent Ukraine, has died. He was 88.

Kravchuk, who was president of Ukraine from 1991-94, died after a long illness, according to Ukrainian media. He had been placed in an intensive care unit after suffering complications following heart surgery in June 2021.

Dmytro Razumkov, a former speaker of the Verkhovna Rada, Ukraine's parliament, called Kravchuk's death "a great loss for the whole of Ukraine." Writing on Facebook, Razumkov called Kravchuk “a figure who stood by the origins of modern Ukrainian statehood."

He said that Kravchuk's contribution to the formation of the Ukrainian state is difficult to overestimate. He "was not afraid and was the first to take on the management of the great state in the difficult times of the early '90s," Razumkov said.

Kravchuk was one of a trio of Soviet leaders who signed the Belavezha Accords, a December 8, 1991, agreement whose preamble declared that the Soviet Union had ceased to exist.

Kravchuk had been elected president one week before he signed the pact, which created the Commonwealth of Independent States, along with Russian President Boris Yeltsin and Belarusian leader Stanislau Shushkevich, who died on May 4.

“It was a long road we walked to Belavezha. It was not by accident; it was our deliberate choice because we had no other option,” Kravchuk would later say, adding that when the people influence the course of history, it can move very quickly and unpredictably.

When the heads of the three republics met at a forest resort in Belarus, the Soviet Union “was being torn apart by contradictions, its people exhausted by crises, conflicts, wars, and lines,” Kravchuk told the BBC a quarter-century after the Soviet collapse.

Soviet President Mikhail Gorbachev resigned 17 days after the pact was signed, and the U.S.S.R. formally folded the following day.

For 30 years, Kravchuk had served as a Communist Party functionary. But after the August 1991 coup attempt, which failed but weakened Gorbachev and strengthened the centrifugal forces pulling the Soviet Union apart, Kravchuk threw his backing to the Ukrainian independence camp.

On December 1, 1991, Ukrainians backed independence with 92 percent in favor in a referendum and elected Kravchuk, who had been chairman of Ukraine’s Supreme Soviet since July 1990, as president with more than 61 percent of the vote.

In 1992, Kravchuk met U.S. President George Bush at the White House, where agreement was reached on removing all of Ukraine’s nuclear weapons, leading in 1994 to the so-called Budapest Memorandum.

The document was signed on December 5, 1994 at the summit of the Organization for Security and Cooperation in Europe (OSCE) in the Hungarian capital. In it, Ukraine, a nuclear power at that time, voluntarily gave up its nuclear weapons in exchange for security guarantees.

At the time, Ukraine had the third-largest arsenal of nuclear weapons in the world after the United States and Russia, the official successor state of the Soviet Union. But Kravchuk would later say that the reality was much different, and that Kyiv was powerless.

"All the control systems were in Russia. The so-called black suitcase with the start button, that was with Russian President Boris Yeltsin,” he told German media outlet DW in 2014.

With graft rampant and the economy stagnant, Kravchuk ran for a second term as president in 1994 but was defeated by his former Prime Minister Leonid Kuchma, who would remain in office for a decade -- his presidency also plagued by persistent corruption.

In 1998, Kravchuk joined the United Social Democratic Party. He remained active in politics long after his defeat in the presidential election, serving as a member of parliament from 1994 to 2006 and as leader of the party from 2002 to 2009.

Largely absent from the political scene after that, Kravchuk reappeared in 2020 at the age of 86 to take the post of presidential envoy in the trilateral contact group on resolving the armed conflict in eastern Ukraine, replacing Kuchma. The conflict erupted in April 2014, a month after Russia seized control of Ukraine’s Crimean Peninsula.

Kravchuk told RFE/RL’s Ukrainian Service in 2014 that Russian President Vladimir Putin’s past as a Soviet intelligence officer had affected his policies with regards to Russia’s neighbors.

The Kremlin’s philosophy of a broader “Russian world” is centered on “aggression and disregard for the interests of its neighbors,” he contended.

Speaking in Washington in November 2016, Kravchuk said he believed Ukraine’s only option on ending the conflict in the Donbas was through negotiations.

"We have only one prospect ahead of us, and it implies dialogue and agreements,” he said. “Other prospects are nonexistent.... I'm confident Ukraine has no other pathway than that of peace."

Kravchuk had previously said that while he was ready to take up arms to defend his country, he believed Russia would quickly defeat Ukraine if an all-out war broke out between them. Russian invaded Ukraine on February 24, but its offensive has been stymied by fierce resistance from Ukrainian forces.

Kravchuk was born on January 10, 1934, in Velyky Zhytyn, a town in the western Rivne Oblast that was in Poland at the time of his birth.

He joined the Ukrainian Communist Party in 1958, and rose through the ranks of the party and in its agitation/propaganda department.

He became a member of the Ukrainian politburo in 1989 and the chairman of its Supreme Soviet in 1990.

Kravchuk married his wife, Antonina, in 1957. They had one child, a son, Oleksandr.