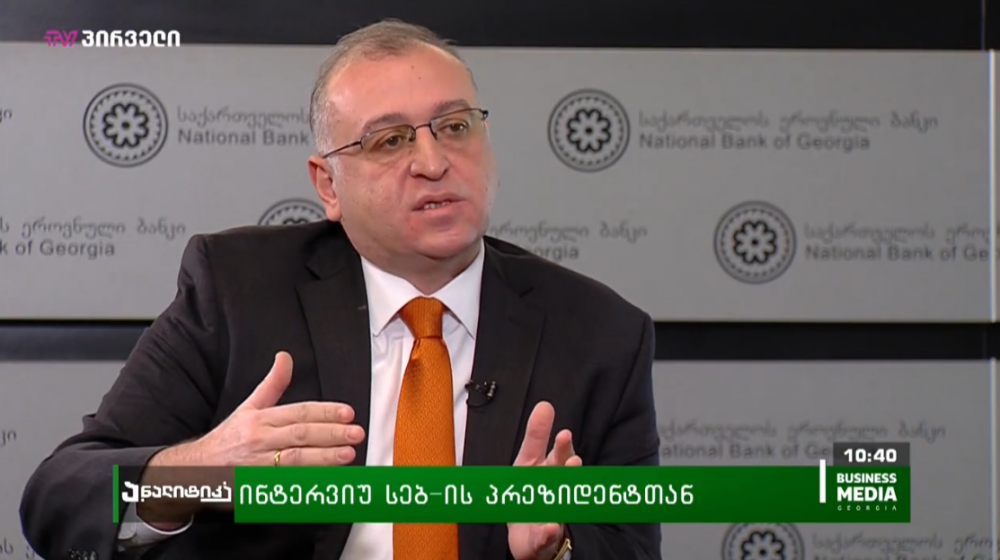 Koba Gvenetadze, President of the National Bank of Georgia declares, that 8.8% of bank loans are restructured. According to him, the share of restructured loans before the pandemic was 3.7% of the portfolio.

According to Gvenetadze, banks mostly demand loan restructuring on foreign currency loans. Mortgage loans in EUR rank as the first, which means that citizens who have applied for loans in EUR before the depreciation of the exchange rate now are facing significant problems.

The problem is mostly encountered with loans that are issued in foreign currency. If you look at the list of restructured loans, the highest share of restructuring accounts for the loans in EUR. As you know, there was a time when mortgage loans in EUR looked very attractive. We then warned the consumers to take into notice currency risks while taking these loans, even mortgages had the lowest interest rate in 2018. Today, we see that the largest demand is on their restructuring and the demand is increased by 21%.

Then comes, loans in USD and the lowest demand for restructuring is on GEL loans. The share amounts to 8%. This shows that it is advisable to borrow in the currency in which you have the income.

If we look at non-performing loans, the highest growth rate is in USD loans, followed by loans in EUR, and the lowest growth is in GEL loans," said the president of the National Bank.