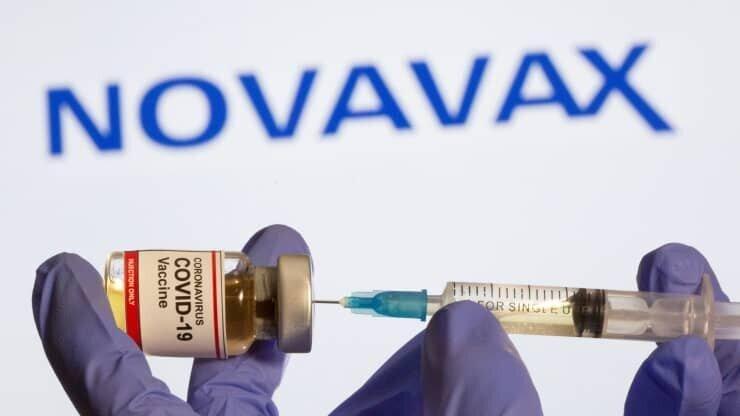 Back
Biotech firm Novavax said Monday its Covid-19 vaccine was shown to be safe and 90.4% effective overall in phase three clinical trial of nearly 30,000 participants across the United States and Mexico.
Additionally, it said the two-dose vaccine was found to be 100% effective in preventing moderate and severe disease and 93% effective against some variants. The company said it plans to file for authorization with the Food and Drug Administration in the third quarter.
The late-stage trial “confirms that NVX-CoV2373 offers an encouraging tolerability and safety profile,” Dr. Gregory Glenn, Novavax’s president of research and development, said in a press release. “These data show consistent, high levels of efficacy and reaffirm the ability of the vaccine to prevent COVID-19 amid ongoing genetic evolution of the virus.”
The company’s shares jumped by more than 9% in premarket trading.
With an abundance of vaccines already available in the United States, it’s possible that the government would donate the Novavax doses to other countries.
The company’s analysis evaluated 77 confirmed Covid infections among the trial’s 29,960 participants. Novavax said 63 cases of Covid were observed in the placebo group versus 14 cases observed in the group that received its two-dose vaccine. That resulted in an estimated vaccine efficacy of 90.4%, it said.
The vaccine also appeared to be well-tolerated, according to the company. The most common side effects were fatigue, headache, muscle pain and pain at the injection site, which usually lasted no more than two or three days, the company said.
All Covid hospitalizations in the trial occurred in the placebo group, the company said.
Novavax said the vaccine appears to be effective against some variants, including the Alpha variant, first identified in the U.K. About 65% of the cases where sequence data was available were variants of concern, the company said.
If Novavax’s vaccine is authorized by the FDA, it would follow three Covid-19 shots already approved for emergency use in the U.S. from Pfizer-BioNTech, Moderna and Johnson & Johnson.
The new data comes as federal officials say the U.S. has more than enough doses of Covid vaccines to finish vaccinating the entire American population. As of Sunday, more than 173 million Americans have had at least one dose of a Covid-19 vaccine, according to data compiled by the Centers for Disease Control and Prevention.
The Biden administration has already committed to donating at least 20 million doses of Covid vaccines produced by Pfizer-BioNTech, Moderna and J&J as well as 60 million doses of AstraZeneca’s vaccine, which has not yet been authorized for use in the U.S.
Earlier this month, the White House announced it was lifting restrictions as part of the Defense Production Act that gave the U.S. priority for vaccines developed by AstraZeneca, Sanofi and Novavax.
Novavax said Monday it remains on track to reach manufacturing capacity of 100 million doses per month by the end of the third quarter and 150 million doses per month by the fourth quarter of 2021.
FDA Covid19 covid19 vaccine Novavax