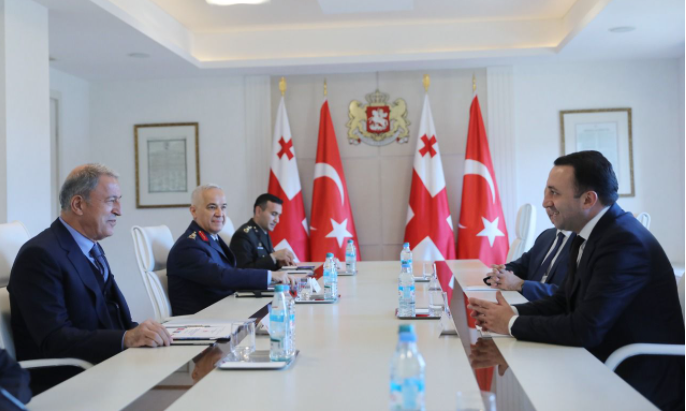 Cooperation in the field of defense and current security challenges of the region were among the key topics of discussion by and between Irakli Garibashvili, Prime Minister of Georgia and Hulusi Akar, Defense Minister of the Republic of Turkey.

Meeting held at the Government Administration today focused on the strategic partnership between the two countries and close bilateral relations. It was noted that practical support demonstrated by Turkey for dozens of years have played a significant role in the development of defense forces in Georgia. Attention was paid to the multinational joint military exercise and its importance in advancing the defense mechanisms and threat resistance, along with an active engagement of allies and friends in them. The Prime Minister of Georgia thanked the Defense Minister of Turkey for the unwavering support of sovereignty and territorial integrity of Georgia, as well as towards membership aspirations to NATO.

Current situation in the region and security issues were also reviewed at the meeting. It was underlined that the Georgian side welcomes the conflict resolution only through the fundamental principles and norms of international law, within the internationally recognized borders, as it has no other alternative.