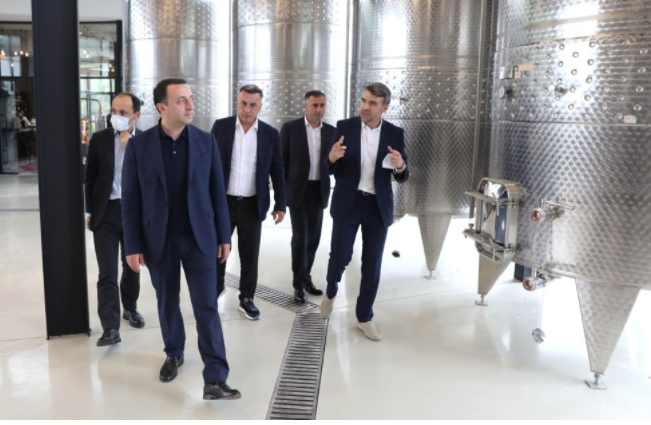 "It is important that Project branded as Enterprise Georgia provides financial support to such production companies, thus empowering the economy of the country" stated Irakli Garibashvili, Prime Minister of Georgia at Naberauli Winery, which he visited together with the Chairman of the Parliament of Georgia.

Levan Diasamidze, founder of the winery hosted the Head of Government of Georgia at his enterprise.

Naberauli Wines was incorporated in 2018. It obtained a grant financing from Enterprise Georgia in the value of 600,000 GEL in the same year and built a winery in 2019 with a total investment of 3 MLN GEL

Naberauli Winery is a modern enterprise with state-of-the-art technology. It is surrounded by vineyards owned by the company.

Annual capacity of the winery is 120 tons of beverage, out of which 84 tons are kept in reservoirs, 35 tons - in quevry and upto 2 tons - in barrels.

Winery employs 20 people, out of which 10 are local residents.