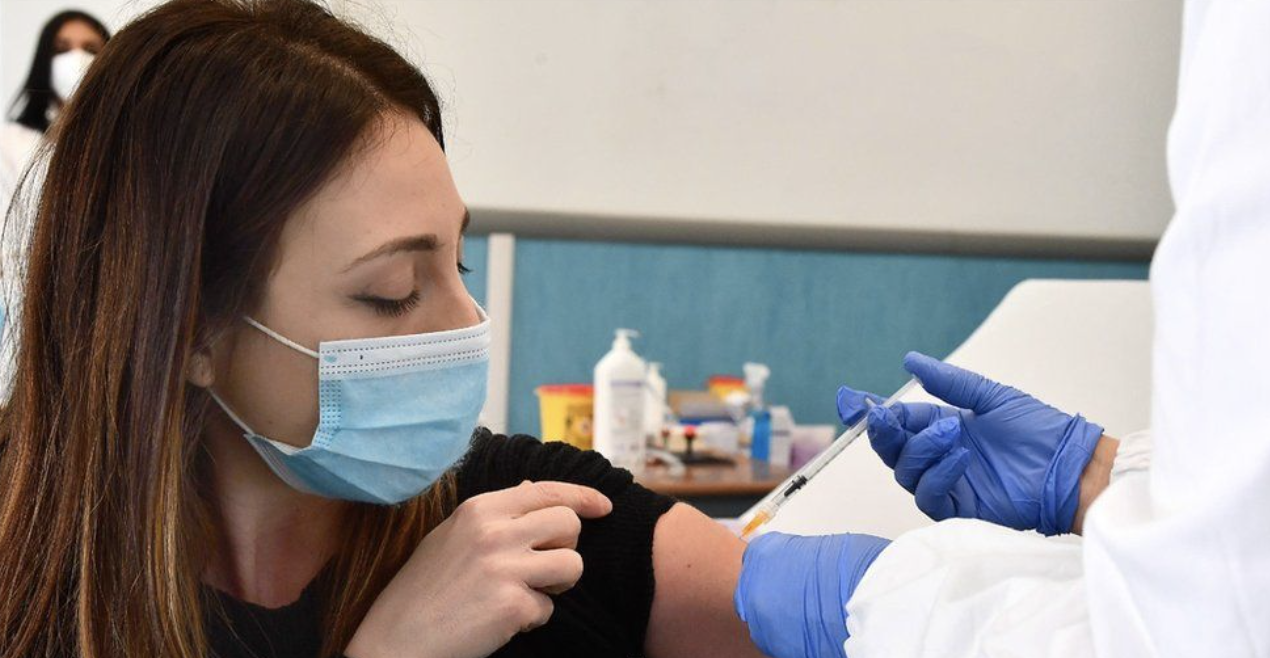 Back
A review by the EU's medicines regulator has concluded the Oxford-AstraZeneca Covid-19 vaccine is "safe and effective", and its benefits outweigh the risks.
The European Medicines Agency (EMA) found the vaccine was "not associated" with a higher risk of blood clots.
But it said it would continue to study the possibility of such links.

The World Health Organization (WHO) on Thursday called on countries to continue using the vaccine.
Decisions to suspend use of the vaccine by 13 EU states sparked concerns over the pace of the region's vaccination drive, which had already been affected by supply shortages.
Much of Europe is struggling to contain a surge in coronavirus cases.
The WHO is due to release the results of its own review into the vaccine's safety on Friday.
The EMA investigation focused on a small number of cases of unusual blood disorders. In particular, it was looking at cases of cerebral venous thrombosis - blood clots in the head.
Why did European countries act?
Thirteen EU countries suspended use of the vaccine, after reports of a small number of cases of blood clots among vaccine recipients in the region.
On Monday, the three largest EU members - Germany, France and Italy - said they were awaiting the results of the EMA investigation before deciding whether to resume their rollout of the jab.
They said they had opted to pause their use of the drug as a "precautionary measure".
"There were a few very unusual and troubling cases which justify this pause and the analysis," French immunologist Alain Fischer, who heads a government advisory board, told France Inter radio. "It's not lost time."
In Germany, the health ministry also pointed to a small number of rare blood clots in vaccinated people when justifying its decision. It postponed a summit on extending the vaccine rollout ahead of the EMA's announcement.
Other countries, such as Austria, halted the use of certain batches of the drug, while Belgium, Poland and the Czech Republic were among those to say they would continue to administer the AstraZeneca vaccine.
It is up to individual countries to decide whether to follow the EMA advice.
Decisions to halt rollouts of the AstraZeneca vaccine were criticised by some politicians and scientists.
A spokeswoman for Germany's opposition Free Democrats said the decision had set back the country's entire vaccination rollout. German Greens health expert Janosch Dahmen, meanwhile, argued that authorities could have continued using the drug.
Dr Anthony Cox, who researches drug safety at the UK's University of Birmingham, told the BBC it was a "cascade of bad decision-making that's spread across Europe".
What has AstraZeneca said?
The company says there is no evidence of an increased risk of clotting due to the vaccine.
It said it had received 37 reports of blood clots out of more than 17 million people vaccinated in the EU and UK as of 8 March.
These figures were "much lower than would be expected to occur naturally in a general population of this size and is similar across other licensed Covid-19 vaccines", it said.
Professor Andrew Pollard, director of the Oxford vaccine group which developed the Oxford-AstraZeneca jab, told the BBC on Monday that there was "very reassuring evidence that there is no increase in a blood clot phenomenon here in the UK, where most of the doses in Europe [have] been given so far".
British Health Secretary Matt Hancock this week urged people to "listen to the regulators" and to "get the jab". 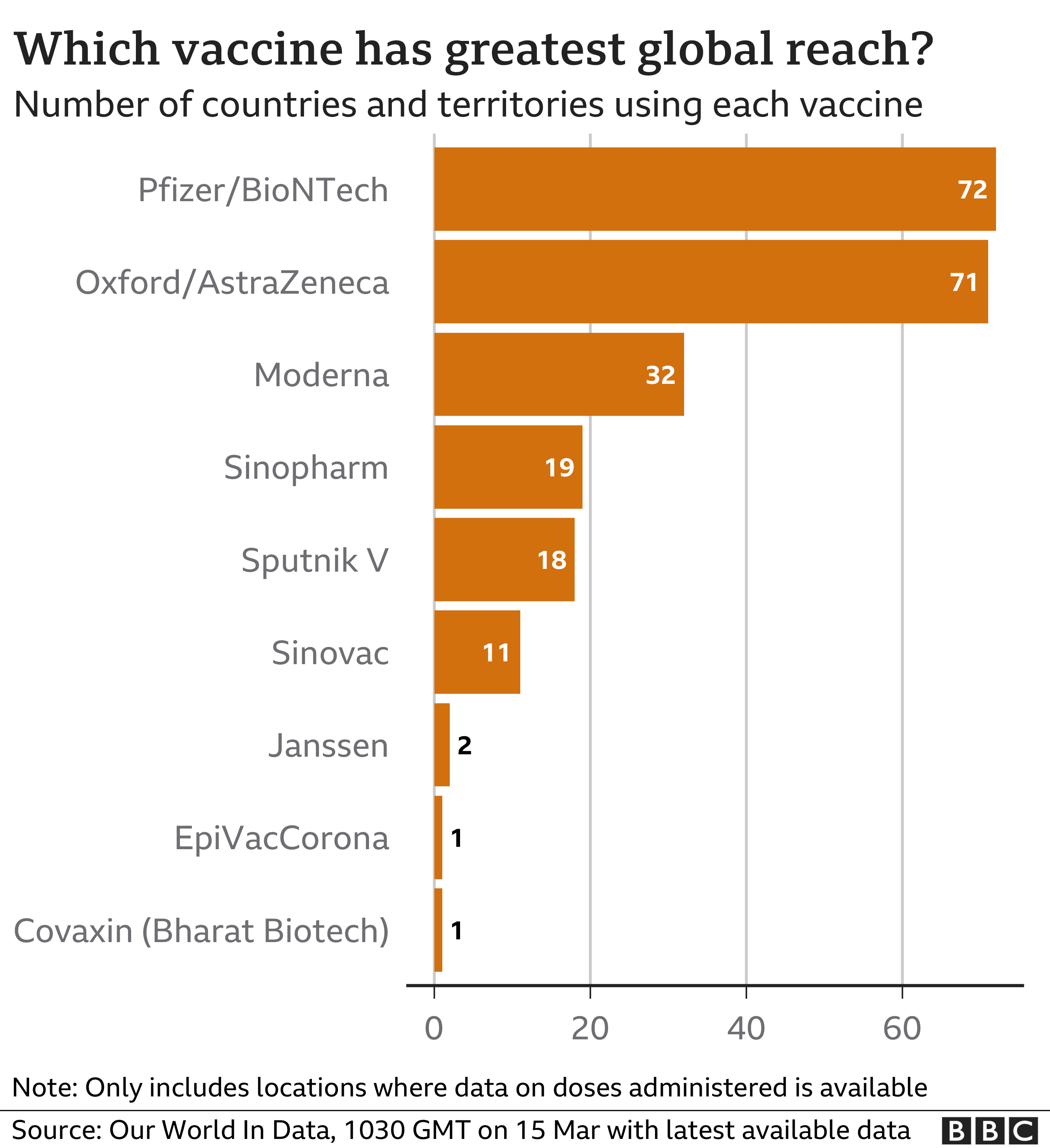