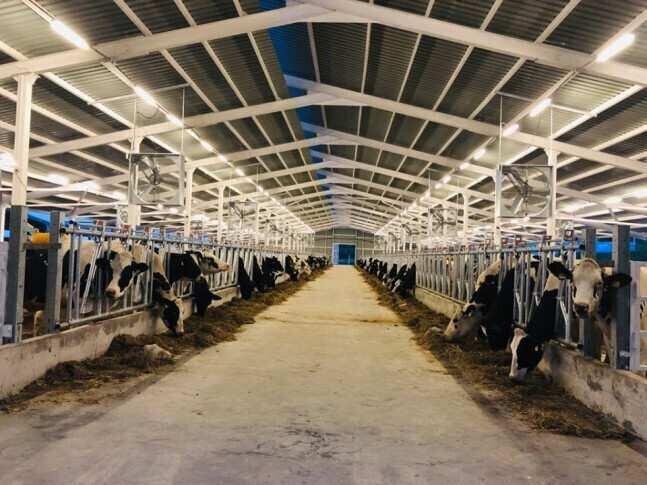 Late last year, a new "White Farm" was launched in Kvemo Bodbem village of Sighnaghi municipality, with a dutch investment of € 3.6 million. The farm has faced the challenges existed in the dairy sector. Dito Bankanashvili, the founder of the farm, told BM.GE about that.

According to him, the main problem in the Georgian dairy sector is the shortage of raw milk and the farm has been created for that purpose. Although the daily production capacity of 440 Dutch cows is 10-12 t, this can't  resolve the problem.

"There is not enough raw milk in Georgia and the population has to eat dairy products containing dead protein. That was our main motivation, so I decided to open a farm.

We communicated with our Dutch partners. Explained the situation in Georgia. We told that there was a shortage in the country and it was worth investing in the field. Their investment is 3.6 million EUR. In addition, we benefited from state-funded agro-credit and mechanization support programs, in the first case we received co-financing of GEL 1.5 million and in the second case we purchased a tractor with GEL 200,000. We have created 32 jobs in the farm and over 90% of them are locals", said Dito Bankanashvili.

As the farm's founder says, after the farm's inception, AgroHub has become the first partner and their products can be purchased directly from the supermarket.

All agrarian markets to be temporarily closed in Tbilisi from today

The Minister: I categorically rule out bread price increase during a state of emergency

All agrarian markets to be temporarily closed in Tbilisi from today