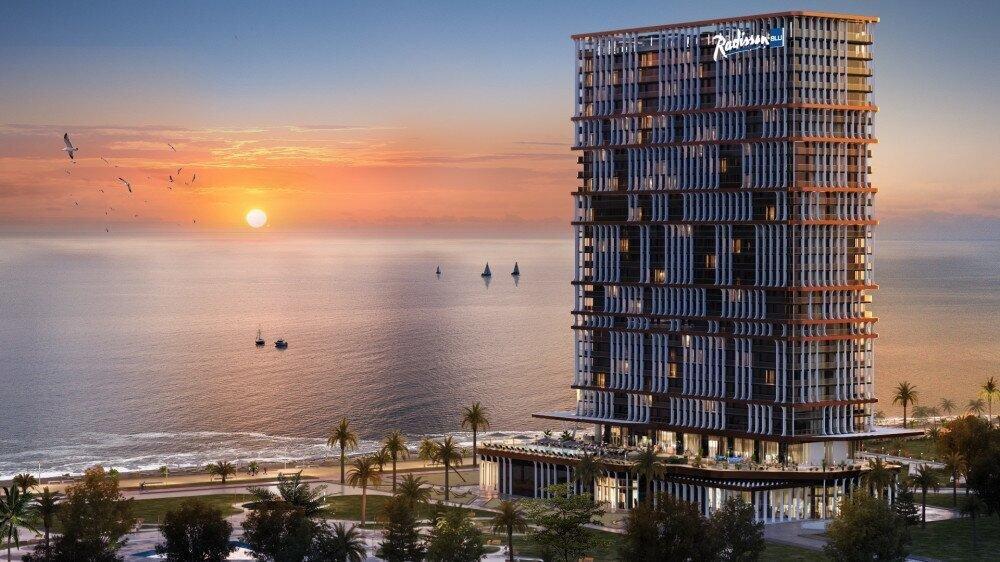 Radisson Hotel Group will build a hotel in cooperation with Next Group in Gonio, which will increase the company’s hotel number to 9 in Georgia.

The new Radisson Blu Resort & Residences Batumi, Gonio will open in the first quarter of 2026 and will be Radisson Blu's second property and number one resort in Batumi.

Radisson Blu Resort & Residences Batumi, Gonio will be located on the Black Sea coast. The building is distinguished by its glass exterior, the architecture of which belongs to the architect of Tria Group - Levan Siamashvili. It will include 500 rooms, suites and residences. The hotel will have two restaurants that offer local and international cuisine. There will also be an indoor and rooftop bar for relaxing. The hotel will be equipped with indoor and outdoor pools, spa and fitness centers.

Radisson Blu Resort & Residences Batumi, Gonio will have a casino with an area of 1,200 square meters. The hotel will also offer guests conference halls and spaces where meetings can be organized.