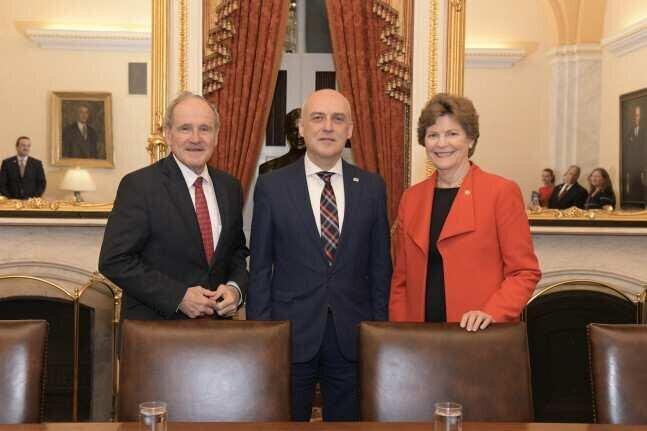 “Senator Shaheen and I had a productive conversation with Foreign Minister Zalkaliani today,” said Risch. “After our recent letter to Prime Minister Gakharia, we reiterated our concerns about a weakening of Georgian democracy and governance. We also discussed the current situation in Abkhazia and South Ossetia, the Georgian territories illegally occupied by Russia since 2008. The Russian Federation continues to move its fences into Georgia, annexing small bits of land each time. The United States remains committed to supporting Georgia’s transition towards democracy, but we must continue to see positive improvements. We are not asking Georgia to be perfect, but the government must show us it is serious about its pursuit of democracy.”

“I was glad to meet with Georgian Foreign Minister David Zalkaliani this afternoon and have the opportunity to address several issues related to our nations’ partnership, particularly Georgia’s commitment to democracy and good governance,” said Shaheen. “Senator Risch and I have a storied, bipartisan history in support of Georgia’s peaceful transition to democracy. In 2012, we participated in Georgia’s historic 2012 election as international monitors and were encouraged with their progress. As I’ve said before, democracy is a long-term effort, and Georgia in particular, has faced outsized challenges posed by Russia. I’ll continue to urge Prime Minister Gakharia and the Georgian government to hold fast to their commitments to strengthen democratic institutions, promote judicial independence, move forward on promised electoral reforms and respect civil society engagement.”