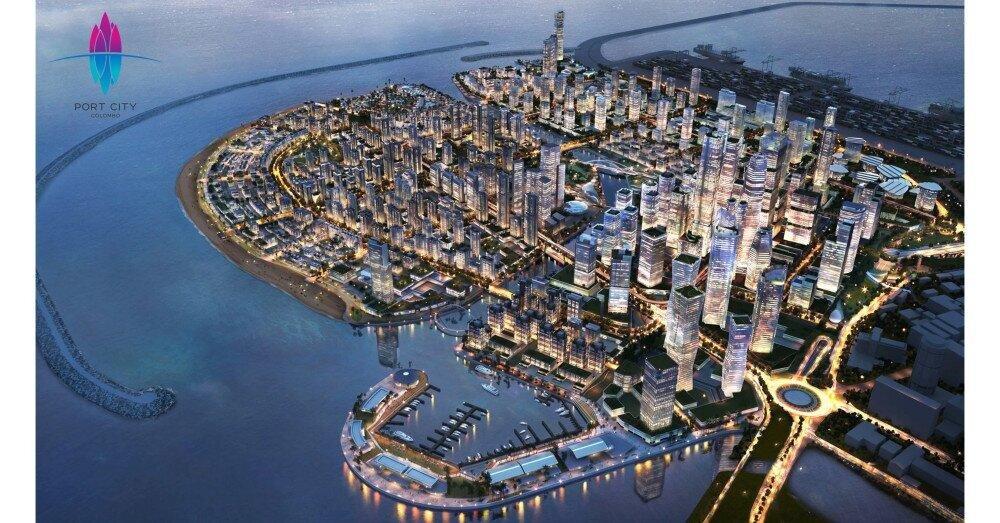 Marco polo described Sri Lanka as the best island of its size, the Arabs called it Serendib and the British, whose rule ended in 1948, simply called it Ceylon.

The 13th-century Venetian traveler Marco Polo described Sri Lanka, then known as Ceylon, as being “for its size, better circumstanced than any island in the world”.

The Greeks called the island, Taprobane, to most Indians however it was simply referred to as Lanka, the land of the ferocious demon king Ravana. Sri Lanka is just slightly smaller than Ireland in size and has as many people as Australia some 2o million plus inhabitants.

Prior to the sad civil war, tourism promoters advertised the country, endowed with breathtaking natural beauty as a paradise on earth.

Philanthropic billionaire investor and early backer of president Barack Obama, George Soros famously opined “the most money is usually made when things in a country or market go from Terribly awful to just awful or just bad”

An old Sinhalese proverb states if you are on the bottom floor there is not much further you can fall.

If one is sleeping on a rock bottom mat there is not much further to fall. The same might apply to LKR denominated Sri Lanka stocks and fixed income. Debt negotiations with the IMF and bilateral creditor nations like China, India and Japan will be important to help the country recover.

The U.S and Japan maintain  friendly ties and important commercial relationships.
Due to its location Sri Lanka has been geopolitically significant for major powers for centuries.

Both India and China had a keen geopolitical interest in Sri Lanka.

Forward looking investors should ask themselves whether Sri Lanka / Ceylon could be at such a juncture now.

Traditional finance & economics has the concept of reversion to mean and recovery from depressed asset price valuations. According to Bloomberg data, the Colombo all share index trades at a P/E (price /earnings) ratio of 5.9x and the LKR currency is trading at around 370 levels against the us dollar and 270 levels against the singapore dollar. Minister mentor and founding father of the island state of singapore, Mr. Lee Kwan Yew was once said to have opined, he wished Singapore, could be like Sri Lanka. This was obviously meant in the context of no government defaults and dysfunctional politics.

2o years ago Sri Lanka at time was taunted as the next singapore, but as the world could see on global TV screens earlier this year, something went terribly wrong. It was the confluence of several factors that laid open the fault lines in in otherwise beautiful island country

Covid and no tourists going to a tourism depended country, the war in Ukraine, surging inflation, led to political unrest and the country going into default.

The island nation kicked off talks with bilateral creditors in September after securing a staff level agreement of $2.9 billion with the International Monetary Fund. But financing will not flow until the fund's board approves the deal, a step that requires financial assurances from bilateral lenders.

Managing bilateral lenders is a delicate and complicated balancing act, especially in a world of rising geopolitical tensions and disagreement.


Inflation hit over 70% during the height of the political crisis. Sri Lanka’s inflation is expected to significantly cool in the coming months after peaking near 80% this year, and the nation may gradually relax a currency band as inflows improve and global investors benefit from 30% Sri Lanka treasury bill rates.

According to China Africa Research Initiative (CARI), Sri Lanka owed Chinese lenders $7.4 billion - nearly a fifth of its public external debt - by the end of last year. This estimate is higher than many others. China sees its involvement and economic support focused on commercial and economic development in both Sri Lanka and in many African countries.

The Colombo port city project is a visionary project that could transform the fortunes of an island in default.


Tourism could be the bright spot, the semiconductor industry most probably could not work in Sri Lanka, but tourism supported by the LKR as one of the world’s worst performing currencies ytd 2022, could give a boost to the local tourism industry and Colombo stock exchange listed travel & leisure stocks. The Ceylon tourism fund trades at LKR. 4.62

Russian foreign minister Mr. Lavrov is said to speak Sinhala as he served in the Soviet Union embassy in Colombo during the early years of being a diplomat. Sri Lanka has been a strategic part of Xi Jing pings one road one belt initiative and China knows that a friend in need is a friend indeed.

Necessity is the mother of invention. Sri Lanka is said to be in talks with the United Nations Development Program and other agencies for a debt-for- nature swap program, as the country faces its worst economic crisis in decades. The plan involves restoring a degraded eco-system in exchange for canceling debt Helping a bankrupt/ in default country to rebuild for a better future and to avoid a climate crisis should be part of sustainable equity investing.

Market expectation is that Sri Lanka would be able to rebuild its reserves with the IMF program in place, which would also spur lending by the World Bank and Asian Development Bank. Aiding less bearish sentiment on Sri Lanka assets.

2023 could well be a year of recovery for Sri Lanka.

In the final analysis, as per the old Chinese proverb, fortune favors the brave & prepared mind.