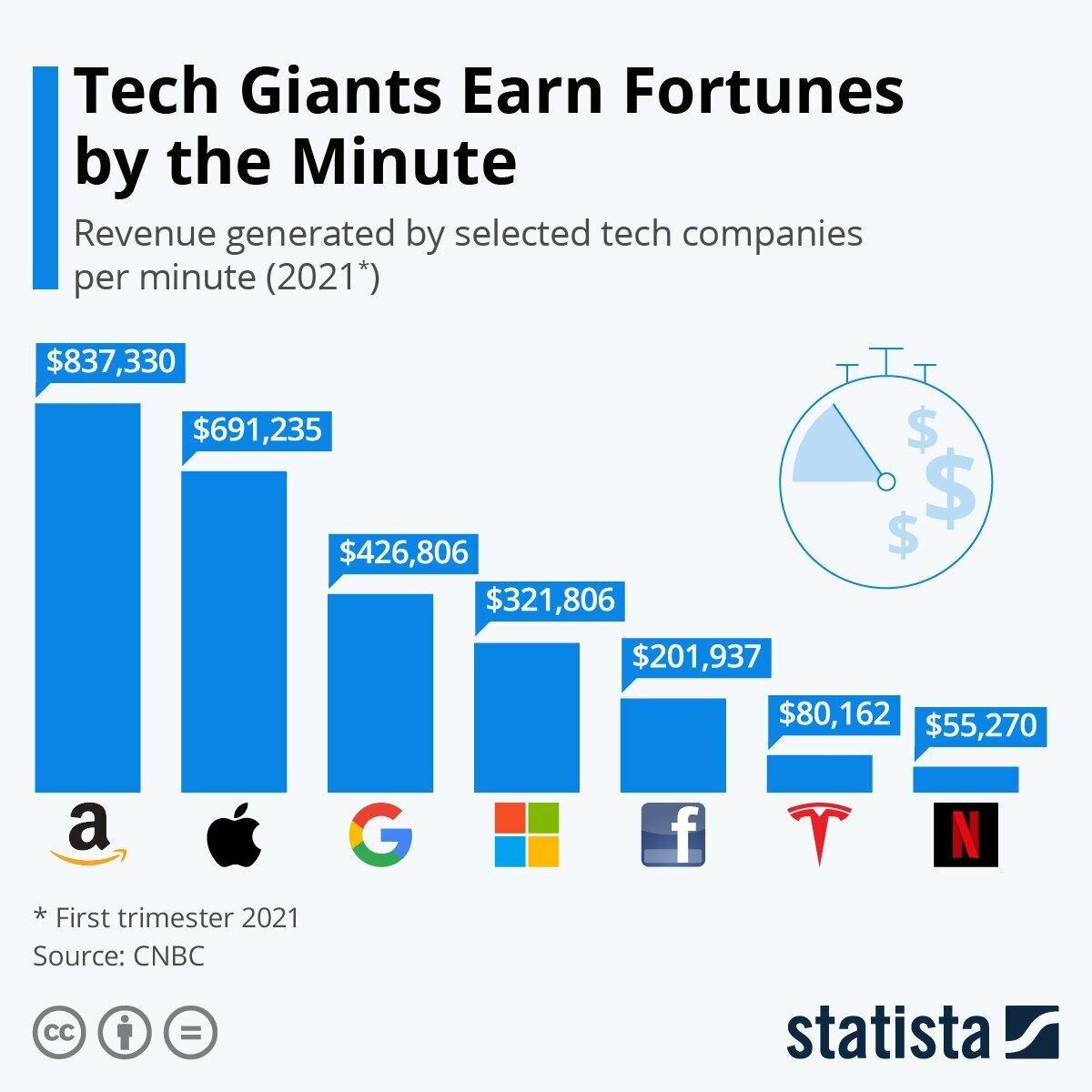 Back
Amazon really is a money machine. According to a report by CNBC, the online retailer generates revenues of more than $800,000 every single minute.
Other GAFAM companies trail somewhat behind. Closest to the Amazon money-making machine are Apple’s earnings at almost $700,000 per minute. Google’s parent company Alphabet has to make do with just around $420,000 coming into its coffers every minute, while Microsoft’s revenue is just more than $320,000 per minute. Facebook is the smallest GAFAM company revenue-wise, but still makes more than $200,000 every minute.
Tesla and Netflix also have ambitions to get into the top five of high-speed earners. However, Tesla is still around $120,000 behind Facebook and would have to more than double its revenue to overtake it. Netflix’s by-the-minute earnings seem rather tame at just $55,000. Considering the rapid development of these tech companies over the past few years, however, there is little doubt that revenues will continue to grow in the near future.
Apple Facebook Amazon Microsoft Tesla Google Netflix Tech Company Statista