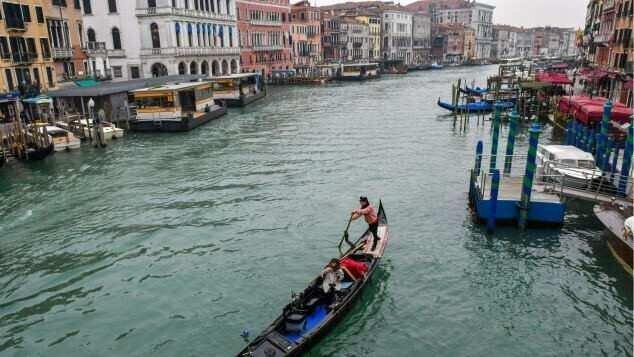 While popular destinations are slowly reopening and tourism is beginning to pick up in some spots, the impact of the pandemic on the industry has been nothing short of devastating.

Many countries that heavily rely on the revenue from tourism lost one of their main sources of wealth almost overnight back in March, but which are likely to be the hardest hit?

According to Statista, Mexico is the most vulnerable of the world's largest economies, as 15.5% of its GDP relies on the travel and tourism industry.

The online portal, which provides data on the global digital economy, has compiled a list of those likely to be worst affected based on 2019 figures from the World Travel & Tourism Council (WTTC).

Mexico features at the top of Statista's list, closely followed by Spain and Italy.

Already among the countries with the highest coronavirus death tolls, the European destinations are also likely to be among the most affected by declining tourism due to their dependence on revenue from visitors, which contributed 14.3% to Spain's GDP last year and 13% to that of Italy's, according to WTTC.

After issuing one of the strictest lockdowns in Europe -- at one point adults were only allowed to leave their home to buy food, medicine or take their dog for a walk -- Spain has been keen to revive its struggling tourism industry, reopening its borders in the past month to all EU countries and approved third-party countries.

Meanwhile, Italy reopened to travelers from the EU, along with the UK and the microstates and principalities of Andorra, Monaco, San Marino and the Vatican, in a move the government described as a "calculated risk."
However, coronavirus cases here have risen significantly in Spain since restrictions were lifted, with some sections being issued with a second lockdown.

Italy has also experienced a slight rise in cases since easing restrictions, indicating the recovery process is likely to be slow with potential stops and starts.

The impact on the US, the world's largest economy, has been less significant, with tourism only accounting for 8.6% of its GDP, which is based on various contributions, including revenue from hotels, travel agents, airlines and restaurants.

However, WTTC indicates the total contribution from travel and tourism accounts for around 16.8 million jobs.
The US has the world's highest Covid-19 death rate, according to data from Johns Hopkins University.
France sits just below the US on the list, with tourism making up 8.5% of its GDP in 2019, followed by Brazil at 7.7%.

Perhaps unsurprisingly, declining tourism is likely to have few financial ramifications for South Korea, with the tourism sector only accounting for 4.2% of its GDP last year.

While top destinations have been pulling out all the stops to tempt travelers back, it seems it's going to take time for the industry to rebound, and experts have suggested things may never return to the way they were previously -- it took almost three years for the airline industry to rebound from the terrorist attacks on September 11, 2001.

"I'm not sure it [the travel sector] will ever be identical to the way it was [pre-Covid 19]," says Lori Pennington-Gray, professor and director of the Tourism Crisis Management Initiative at the University of Florida, told CNN Travel earlier this month.

"As far as operating at full capacities and with the same volumes, it may take years to get to that. But we know from previous crises that the travel industry is very resilient."

"The travel industry will rebound, it just isn't going to happen tomorrow."