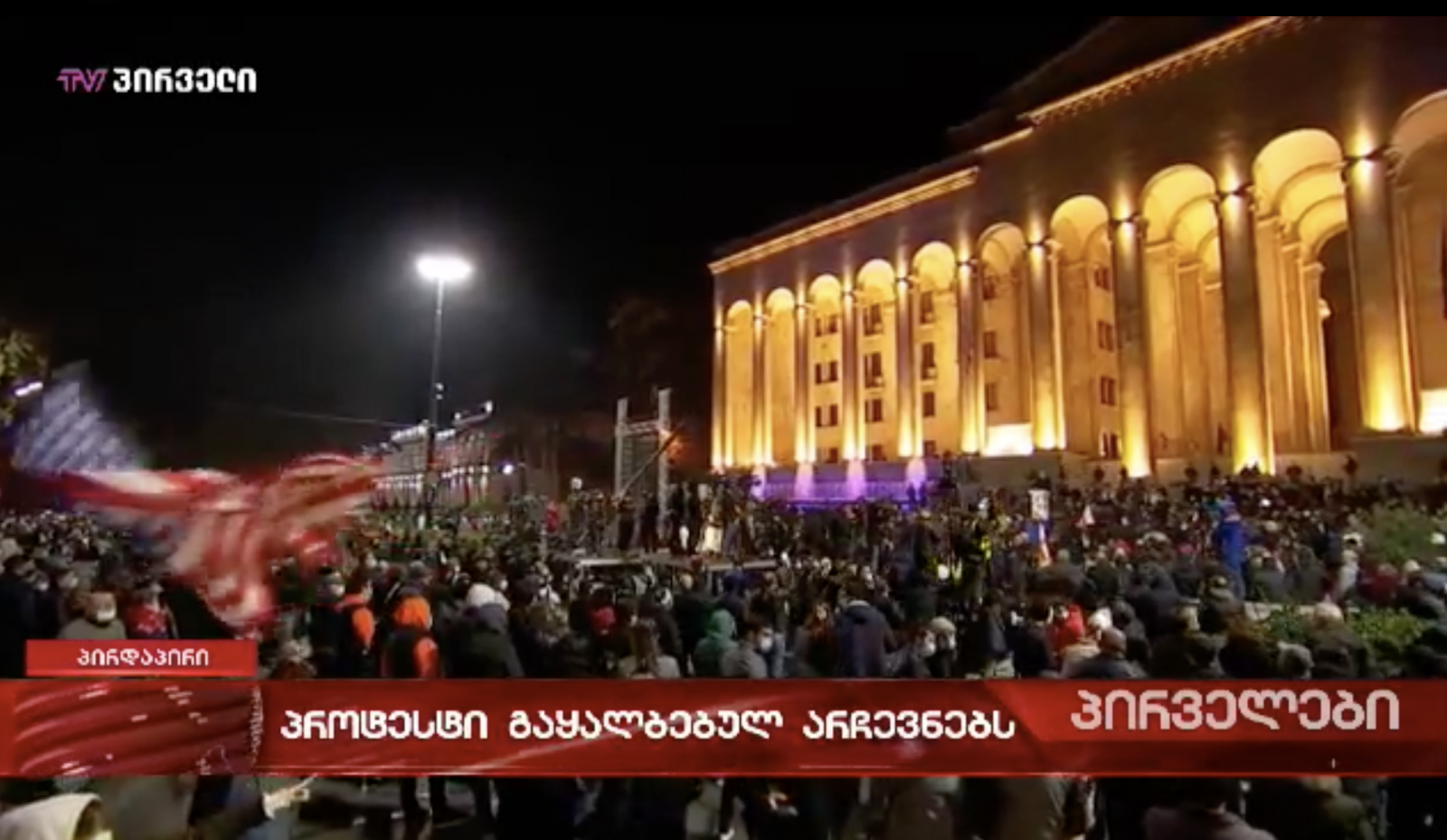 Back
Protesters started to assemble in front of the Parliament of Georgia building demanding the firing of the Head of CEC and scheduling new elections.
A restriction between 10 p.m. and 5 a.m will go into effect starting tonight in the Georgian capital of Tbilisi, Kutaisi, Batumi, Rustavi, Zugdidi, Gori, and Poti. The reason as stated by the government is an increase in coronavirus cases. Georgia reported 2,927 new cases of coronavirus, 2,480 recoveries, and 24 deaths in the past 24 hours.
The restrictions will not affect international cargo transportation, nor emergency, pharmacy, media, and delivery services – the government said. It also said that this is not a typical curfew but ‘a local restriction of movement’, the violation of which will be punished by 2,000 GEL.
The Shame Movement has declared that they will not adhere to the restrictions. Although, they stated that "In case the state decides to disband us by force, do not come into close physical contact with the riot police and please follow our instructions."
According to the IDFI, the announced decision of the Government is yet to be implemented/reflected in the relevant legal act, meaning that the curfew cannot be in force until 12 PM today.
Elections2020 CEC