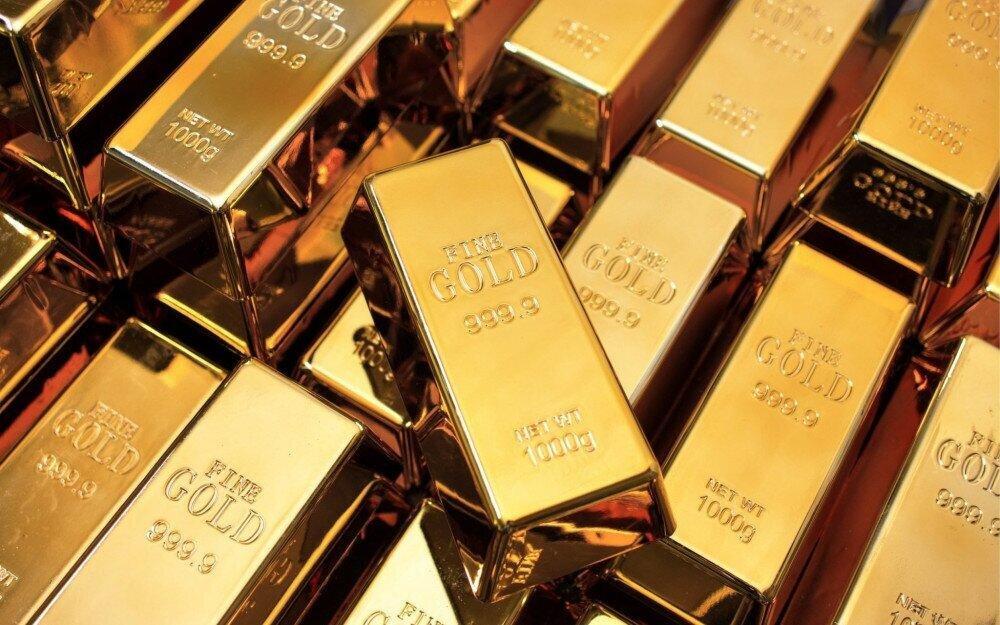 Some of the world's wealthiest nations are banning the import of Russian gold to further tighten the vise on Russia's economy.

US President Joe Biden announced Sunday that the United States will ban Russian gold, the country's second most valuable export after energy. Gold exports were worth £12.6 billion ($15.5 billion) to the Russian economy in 2021, according to the UK government.

Biden and fellow G7 leaders are currently meeting in Germany to discuss new ways of punishing the government of President Vladimir Putin over the invasion of Ukraine, while trying to limit the fallout on a stressed global economy.

"The United States has imposed unprecedented costs on Putin to deny him the revenue he needs to fund his war against Ukraine," Biden said in a tweet on Sunday. "Together, the G7 will announce that we will ban the import of Russian gold, a major export that rakes in tens of billions of dollars for Russia," he added.
British Prime Minister Boris Johnson said Sunday that the ban will hit Putin hard.

"The measures we have announced today will directly hit Russian oligarchs and strike at the heart of Putin's war machine," Johnson was quoted as saying in a statement issued by Downing Street on Sunday.

The sanctions will have a "huge impact on Putin's ability to raise funds," the press release added.

The import ban will apply to newly mined or refined gold, Downing Street said. But it does not impact gold mined in Russia and previously exported from the country.

Russia's gold exports had already been shunned by some key market players since the invasion of Ukraine on February 24.

The London Bullion Market Association (LBMA), which regulates the world's largest and oldest market for trading physical gold and silver, suspended dealing by all six Russian gold miners and refineries on March 7.

The G7 is expected to formally announce the ban on Tuesday. Canada and Japan are already on board, according to the UK statement. Meanwhile, some European nations want further discussions on the potential impact.

German Chancellor Olaf Scholz told broadcaster ZDF on Monday that talks on an import ban are ongoing and need to be held with European Union partners, Reuters reported Monday.

The price of gold rose 0.5% to $1,836.03 on Monday. However, analysts said that the ban would not have a significant impact on the longer term outlook for gold prices.

"Gold booked a very modest gain on the back of the announcement but it is nothing that will structurally change the directional outlook for gold," said Jeffrey Halley, senior market strategist for Oanda, on Monday.
"In reality, this is a mere rubber-stamping exercise of unofficial policies already in place," he added.

In India, which is one of the world's largest markets for gold, analysts were unfazed.

"We believe that the impact will be fairly limited for the international markets as flows have already been restricted by previous sanctions," said Sriram Iyer, senior research analyst at Reliance Securities, referring to the March action by the LBMA.

India is the world's second largest buyer of gold after China, and analysts say that economic conditions will have a bigger impact on their consumption patterns.

"The ban could create a supply shortage due to the unavailability of Russian gold," said Iyer.

But this would not be a major driver of markets, he said.

"We believe that current macro-economic conditions of higher interest rates and global recession expectations will have a bigger impact on market sentiment," Iyer added.

Megh Mody, commodities and currencies research analyst at Mumbai-based brokerage Prabhudas Lilladher, said that there might even be "an opportunity" for India to get gold from Russia at a cheaper rate.

"It will be an opportunity to see if like crude, gold can be available in ruble," he said. "If it happens, India can receive gold at a discounted rate."

The South Asian country has been snapping up Russian oil at a hefty discount since the war started, CNN reports.