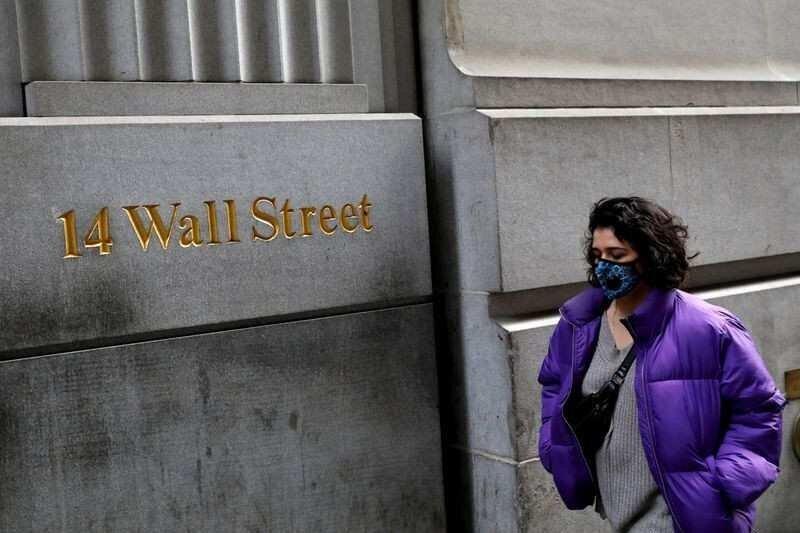 Joe Biden will be inaugurated as the 46th president of the United States on Wednesday with investors waiting to see how his plans for stimulus relief and tackling the pandemic will roll out. Janet Yellen's confirmation hearing as the U.S.’s first female Treasury secretary is set to take place on Tuesday. The holiday shortened week will also see earnings season get underway in earnest with dozens of S&P 500 companies reporting. The European Central Bank is to hold its latest policy meeting against a background of renewed lockdowns to contain the pandemic. Meanwhile, a raft of PMI data from the U.S., euro zone, Japan and the UK on Friday will lay bare the state of the global economy at the start of 2021. Here’s what you need to know to start your week.

Biden bump?
Joe Biden will be inaugurated as the 46th U.S. president Wednesday, taking over the leadership of a country ravaged by the pandemic and facing deep socio-economic divisions.

Biden has announced a $1.9 trillion stimulus package, which includes $1,400 stimulus checks but this may prove a double-edged sword for investors, bolstering optimism over the outlook for the economic recovery while raising worries over how the U.S. will afford it.

The S&P 500 has risen in the first 100 calendar days of eight out of the last 10 presidential terms, but Biden's first 100 days may be more fraught than those of his predecessors. He needs to stimulate the economy quickly, but the narrow Democrat majority in Congress means the size and timing of the package remain uncertain.

Yellen, who formerly served as Federal Reserve chair from 2014-2018, is expected to easily win confirmation in the Senate and is likely to be one of the first Biden cabinet picks to be confirmed.

Earnings
Investors will be anxious to see whether upcoming earnings results validate expectations for a strong rebound in 2021.

Earnings reports for the last quarter of 2020 will get underway in earnest with the release of results from companies including Bank of America (NYSE:BAC), Goldman Sachs (NYSE:GS), Netflix (NASDAQ:NFLX), Charles Schwab (NYSE:SCHW), Procter & Gamble (NYSE:PG), United Airlines (NASDAQ:UAL), Intel (NASDAQ:INTC) and IBM (NYSE:IBM).

Earnings for S&P 500 companies are expected to decline 9.5% in the final quarter of 2020 from a year ago, but are expected to rebound in 2021, with a gain of 16.4% projected for the first quarter, according to IBES data from Refinitiv.

ECB meeting
The ECB is to hold its first meeting of 2021 on Thursday. Policymakers announced extra stimulus in December, but the economic outlook has been clouded again by the discovery of new Covid-19 strains and the relatively slow pace of the vaccination rollout.

Cause for concern? Not so, comments from Christine Lagarde suggest. The ECB chief predicts recovery as COVID subsides, seeing the glass as half-full, not half-empty. Germany's economy too is cause for optimism, shrinking by a less-than-expected 5% in 2020.

But prolonged lockdowns will hurt. Against this backdrop, markets will want the ECB to signal its commitment to using the full firepower of its 1.85 trillion-euro ($2.24 trillion) emergency bond-buying scheme - something on which policymakers appear to be split.

Economic data
The first PMI data of 2021 from the U.S., euro zone, UK and Japan are set to be released on Friday and could be weaker than anticipated.

Other data to watch this week includes reports on the U.S. housing sector which has been boosted by record low mortgage interest rates. Thursday’s housing starts numbers and Friday’s existing home sales figures are expected to remain strong.

Meanwhile, fourth quarter and full year GDP data out of China on Monday could show that it was the only major world economy to have expanded in 2020.